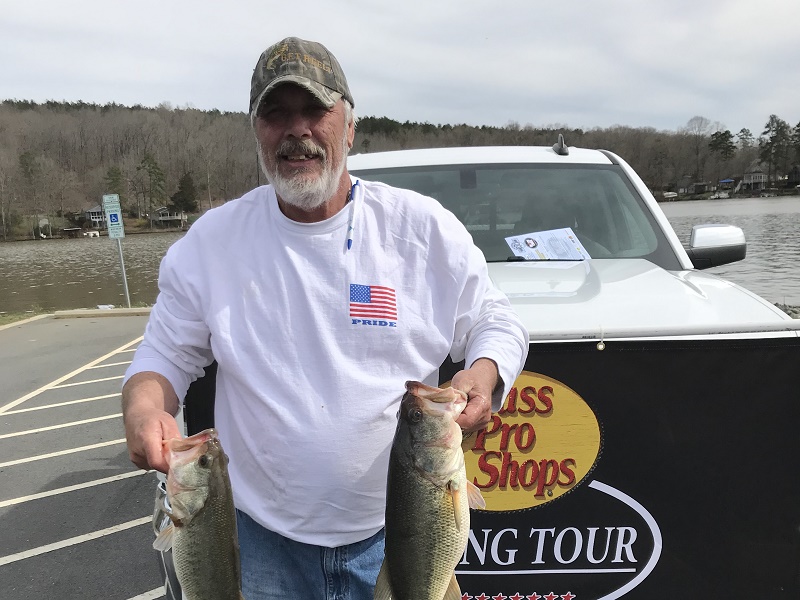 The winning pattern came fishing a shallow crank bait in and around grass. Congratulations Billy!  See you at High Rock on the 30th of March at Southmont Access.

The next tournament in division 14 is scheduled for March 30th on High Rock Lake out of Southmont Access.