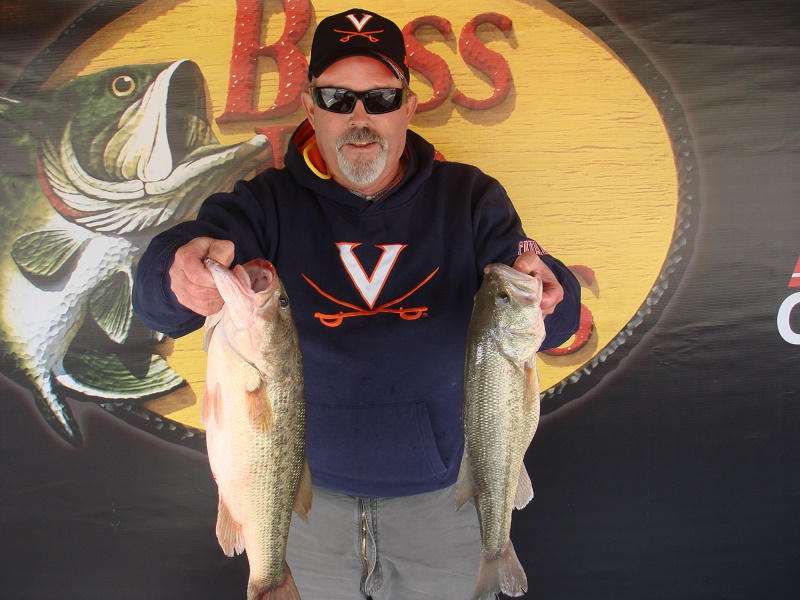 ATHENS, Ala. – Eddie Glascock of Scottsburg, VA won the Bass Pro Shops Open Series Virginia event held on Kerr Lake on 3/16/19. Running out of Nut Bush Park in Henderson, North Carolina Glascock weighed in a five bass limit totaling 19.87-pounds. His limit was anchored by a bass weighing 5.40-pounds. He took home a check for $5000.00 for the win.

Glascock was tight lipped on the specifics of his day. He advised he got lucky, catching his fish on spinnerbaits, crankbaits and various other baits.

In second for the boaters, Cavin Young of Prince George, Virginia weighed in a five bass limit weighing 15.51-pounds. His catch was anchored by a bass weighing 4.93-pounds. Also being the highest finisher in the Triton Gold program, Young qualified for additional monies from Triton Boats.

“I think I had around 12 keepers today. I caught my keepers on a spinnerbait and a jerkbait,” said Young.

Taking third for the boaters Mike May of Simms, North Carolina weighed in a five bass limit weighing 14.87-pounds.

“I had 9 keepers today. I caught them on a spinnerbait, a jerkbait, and a rattletrap,” said May. 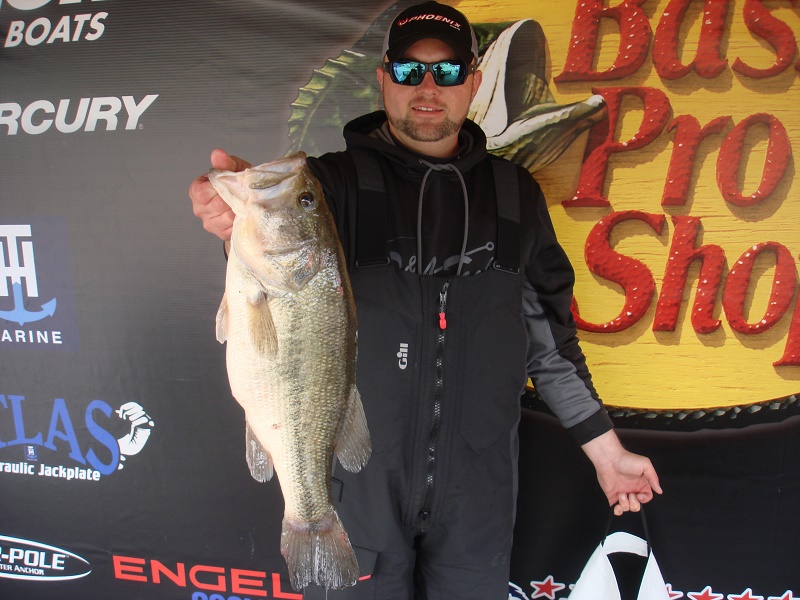 Taking big bass honors on the boater side Tyler Calloway of Blairs, Virginia weighed in a bass at 5.73-pounds. He took home $690.00 for that bass. 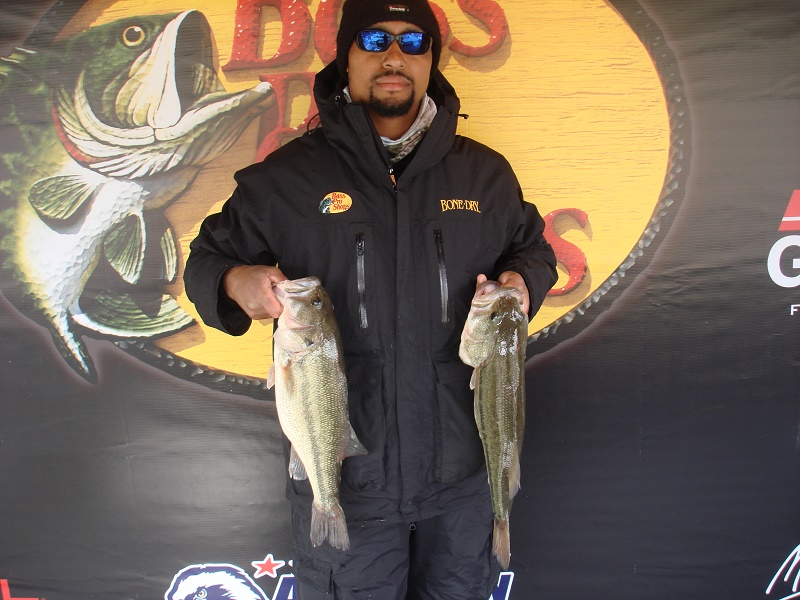 In the Co-angler Division, Roderick Mangum of Durham, NC weighed in three bass for 13.13-pounds. His catch was anchored by a bass weighing 4.58-pounds which was the largest bass weighed in by a co-angler. Mangum took home a total of $885.00 for his win.

“I had probably 20 bites today. I was able to cull several times during the day. My fish were caught on a spinnerbait and a crankbait,” said Mangum

Taking second for the co-anglers, Jim Lewis of Bracey, Virginia weighed in three bass weighing 8.60-pounds. His catch was anchored by a bass weighing 4.02-pounds.

“I had four keepers today,” said Lewis. “My catch came on a spinnerbait and a Carolina rig.”

“I had three keepers today all caught on a crankbait,” said Jones.

Slated for March 23, 2019 the next event for the Virginia Division will be held on Lake Gaston, launching from Holly Grove Marina in Bracey, Virginia.