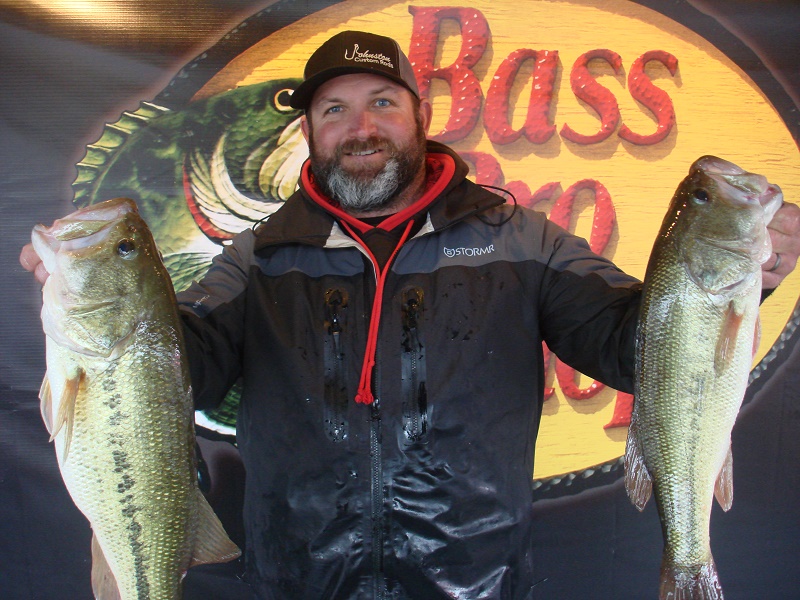 “I had 10-15 bites today. I caught my fish today on a jig, a spinnerbait and a rattletrap,” said Stephens.

In second for the boaters, Scott Hamrick of Denver, North Carolina, weighed in a five bass limit weighing 14.81-pounds.

“It was a tough day today. I caught my fish fishing really shallow with a crankbait,” said Hamrick

“I caught my fish on a spinnerbait fishing less than 4 feet of water,” said Bradford. 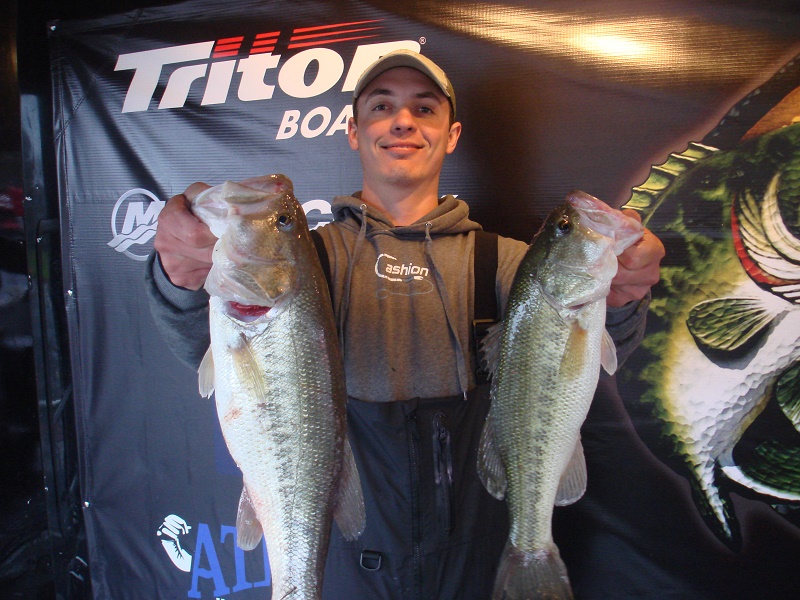 In the Co-angler Division Jonathan Carter of Greenville, South Carolina, weighed in three bass weighing 8.81-pounds. His catch was anchored by a bass weighing 4.65-pounds which was the biggest bass weighed in by a co-angler. Carter took home $1050.00 for the win and an additional $210.00 for the big fish.

“I had three bites today. I caught my third keeper at 2:30. My fish were caught on a spinnerbait and a jig,” said Carter.

“I caught around six bass today. I was fishing a Tru-South jig skipping under docks,” said Jodon.

Taking third for the co-anglers, John King of Concord North Carolina, weighed in three bass weighing 7.01-pounds.
“I had 5 bites today. I caught my fish on a chatterbait on docks, riprap, and clay banks,” said King.

Slated for May 4th the next event for the North Carolina Division will be held on Lake Hickory, launching from Wittenberg Wildlife Access in Hickory North Carolina.