Sam Rayburn Reservoir is the King of Texas 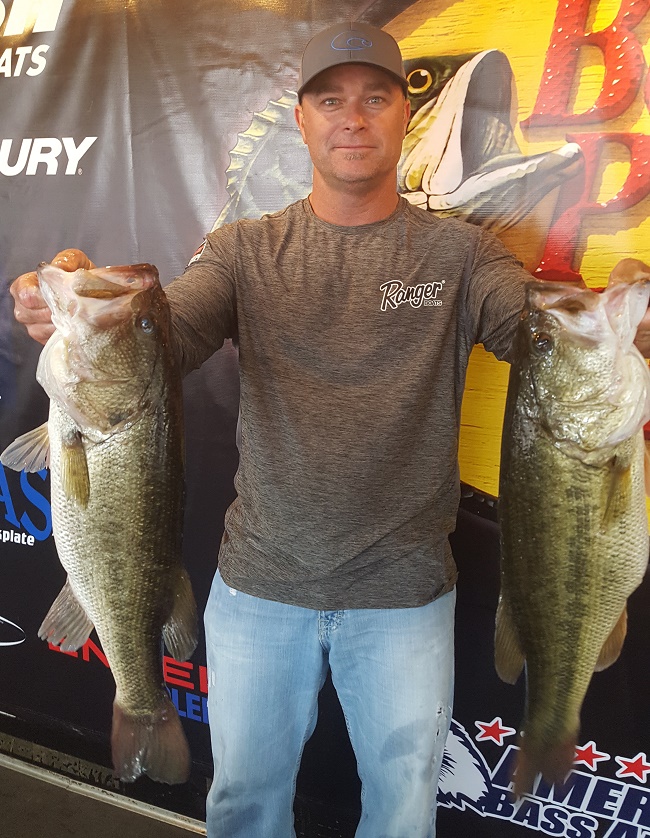 The weather had been unpredictable for the weekend with a threat of severe wind and gusts, but the day turned out to be as good as the fishing.  With 7 anglers bringing over 20 lbs of fish to the scales, Sam Rayburn once again proved why it is one of the hottest lakes in the state of Texas to fish.

“I knew this was going to be a special day today on about my 3rd cast I caught 4 keepers on an A-rig.  They were all 2-lb fish but it started me off and everything just got better from there.  I culled through my limit about 25 times.  I was telling my buddy, I had all my rods out on the deck and caught them on everything I had tied on.  I just kept moving around a lot and made a lot of casts and it paid off,” Said Lewis.

In second for the boaters, Bill Penick of Deer Park, TX landed a five-bass tournament limit going 23.63-lbs with a 7.70-lb kicker to anchor his bag. Bill decided to come in early to weigh his fish to beat the rush at the ramp.  He held the lead for most of the afternoon and took home a check for $1250.00.

“Everything I weighed in today was caught before 9:00.  After that quick storm hit, I couldn’t get back out to them.  I was fishing out deep throwing a Carolina rig when I got my limit.  I culled up a few times but never went back to them.  I caught a couple after that but it didn’t help meany so I decided to come on in and get them weighed. 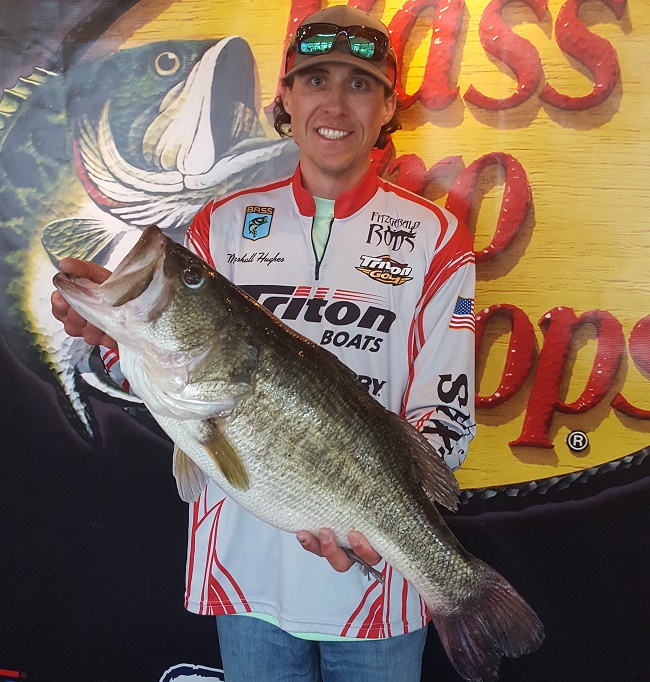 Marshall Hughes of Hemphill, TX took third for the boaters with fivebass for 22.51-lbs but… anchoring this limit was his personal best, an absolute bucket-faced largemouth weighing 11.26-lbs and yes, it was the biggest bass of the tournament.  For 3rd place Marshall received a check for $900.00, and a check for $870.00 for his big bass.

“I was just flipping bushes all day, going along catching 2 lb keepers but that one bite, I flipped in to the bush and my bait hit the bottom.  When I picked up on it, it was heavy, so I set back on her and she slowly swam out.  I honestly thought it was a catfish.  When she finally came up and flashed I started shaking a little.  I got nervous like anyone else would and had to chase her around the boat, but she finally gave in and I scooped her up.  I culled 4 times today with the rest of my limit but stayed with that same pattern.”  Stated Marshall.

Finishing fourth, John Spencer of Etoile, TX landed a five-bass limit for 22.33-pounds, and James Laramore of Vidor. TX rounded out the top five boaters with five bass at 21.14-pounds.  James also had a lunker in his bag that weighed 9.95 lbs 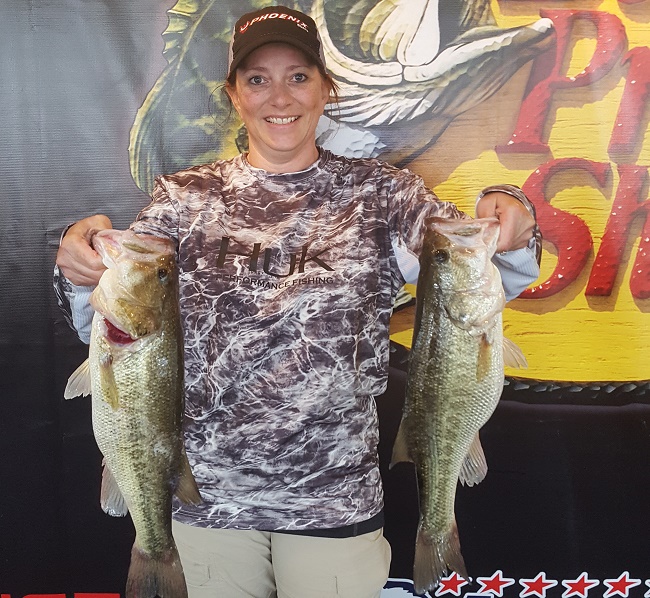 The co-angler division was a close race with numerous weights coming in only ounces apart but in the end, Tammy Kiser of Montgomery, TX found herself on top of the leader board with a three fish limit weighing 9.86-pounds.  Tammy took home a check for $1300.00

When I asked Tammy how she caught her fish she was very specific. “Well it was a custom rigged wacky worm, that’s all I’m going to say.  LOL, no, it was a really good day. Between the two of us we probably caught about 200 fish.  The area we were in was just loaded with fish.  The majority of my bites were on a watermelon/red.  I knew I had a good sack, but I didn’t think I would win it.  I had a lot of fun.” Said Tammy.

“It was rough.  All I threw today was a Gambler Lures 5 inch black and blue tip Ace.  Its similar to a Senko.  We tried watermelon red but they didn’t want that so the black and blue is what I stuck with.  It’s the bait that I got all my bites on.  I caught my limit and culled once but the pattern stayed consistent.” Johnson said.

In fourth place among the co-anglers, Matthew Helsley of Duncanville, TX brought in three bass for 8.37-pounds. Jason Geesey of Heartland, TX rounded out the top 5 with three bass for 8.20-pounds.

Slated for March 30th, the next tournament will be held on Lake Palestine running out of the Villages Marina. At the end of the season, the best anglers from across the nation advance the 2020 Ray Scott Championship to be held at Lake Hartwell in April 2020.