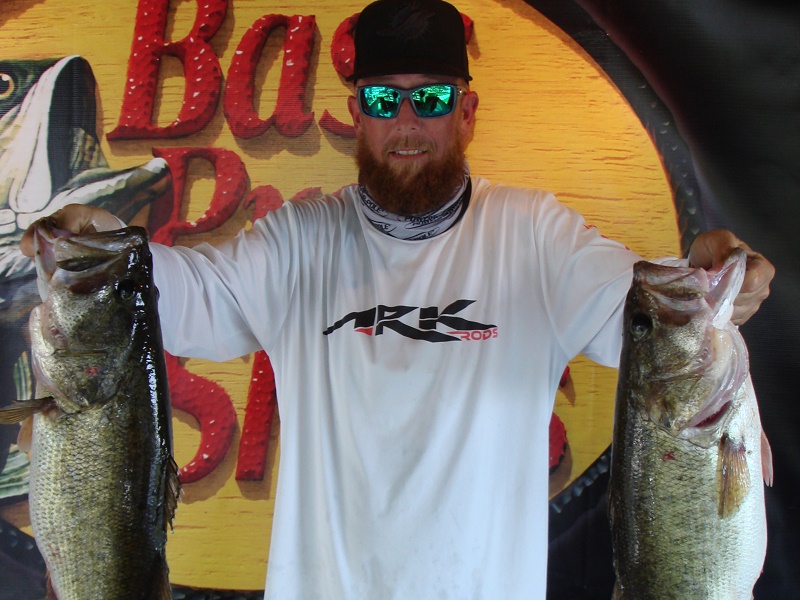 “I caught my fish on a chatter-bait and a speed worm in the north cove. I was fishing hydrilla in 5ft of water. Lots of chunking and winding, just like I like to catch them. My two fish over 8-pounds came later in the day within the last 40 minutes. I knew they were there and just kept fishing the area. This is only my second event as a boater and it feels good to win from the front of the boat,” said Andrews.

“I caught most of my fish in the middle of Lake Kissimmee on a shell bed. We started off Carolina-rigging and my first cast was a 5-pounder. I lost a 7-pounder right at the boat on a jerk-bait that would have pushed me over the 30-pound mark,” Carroll said.

“I caught my fish today on Lake Toho fishing hydrilla in 6ft to 8ft of water. I was throwing a Gambler 10” ribbon-tail worm really slow. The fish were spawning in that area and I caught several buck bass there,” Smith said. 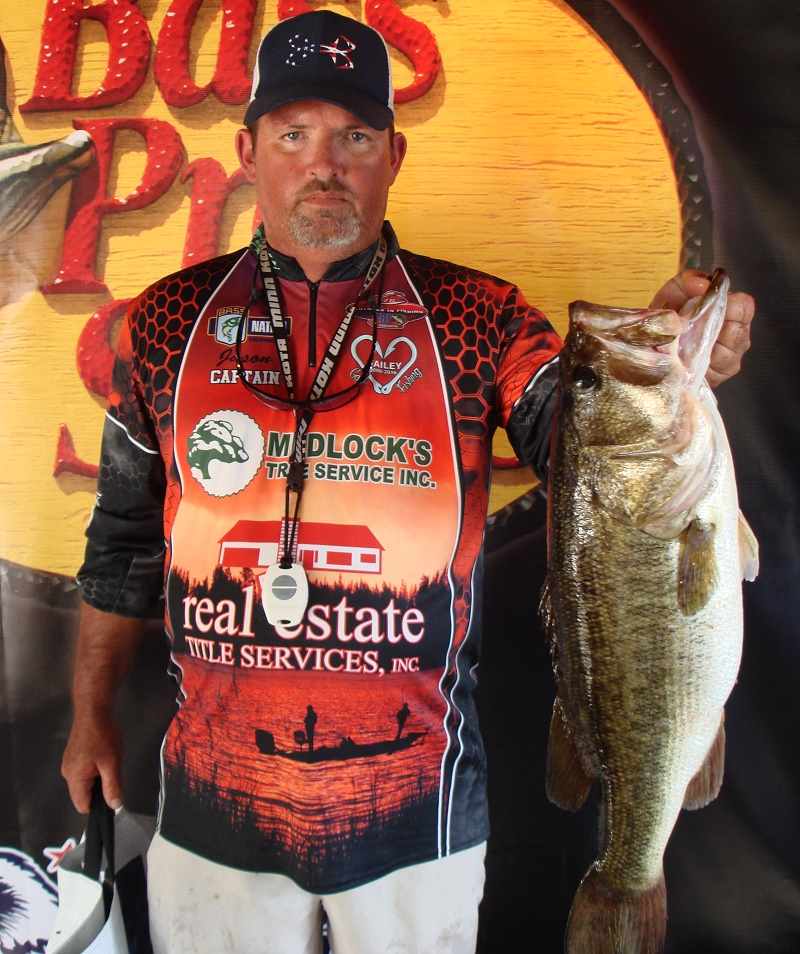 The biggest bass for the boaters was caught by Jason Brewer of Dundee, FL that weighed 8.90-pounds and pocketed $1140 for that catch.

“I caught that fish flipping a Missile Baits D-bomb on the north end of the lake,” Brewer said. 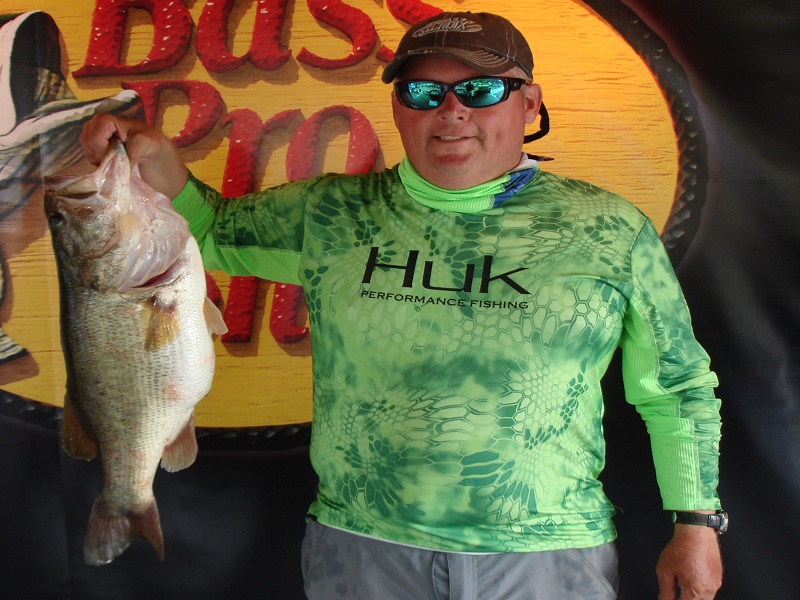 In the Co-Angler Division, Peter “Pete” Burns of Davenport, FL won with three bass going 18.98-pounds that included a 10.98-pound big bass. He pocketed a check for $2000 for his win and an additional $500 for the big bass.

“That big bass came early in the morning. We were fishing tiger lake and I was pitching a senko into Kissimmee grass. I had just caught a 5-pound mudfish. I wasn’t sure I had a bite until I saw the line go sideways. My other good fish came on a speed worm. That is the biggest fish that I have ever caught, my previous record was a 9-pounder,” Burns said.

“We were fishing on the south end of Kissimmee and fished three different areas of Lake Kissimmee. I caught my first 5-pounder within the first half hour on a Zoom magnum speed worm. We probably caught 40 fish today. I want to thank my boater, Ray Trudeau, for putting me on the fish today,” Rutkowski said.

“I fished with Billy “Sam” Carroll today. He had us on the fish from the moment we stopped. After he caught his first fish, I caught my first fish and it was non-stop for a while. We were in about 5ft of water and it broke off to a shell bed in 9ft of water and I was Carolina-rigging and Texas-rigging worms. At the end of the day I broke my rod on probably a 6-pounder. That would’ve helped me possibly win this event,” Rodriguez said.

In fourth place among the co-anglers, Wayne Roberts of Sarasota, FL brought in three bass for 12.98-pounds. Jeff Stone of Jackson, GA finished in fifth place with three bass at 12.64-pounds.

Slated for April 13th , the next tournament will be held on the Harris Chain out of Hickory Point Recreational Facility in Tavares, FL. At the end of the season, the best anglers from across the nation advance the 2020 Ray Scott Championship to be held at Lake Hartwell in April, 2020.