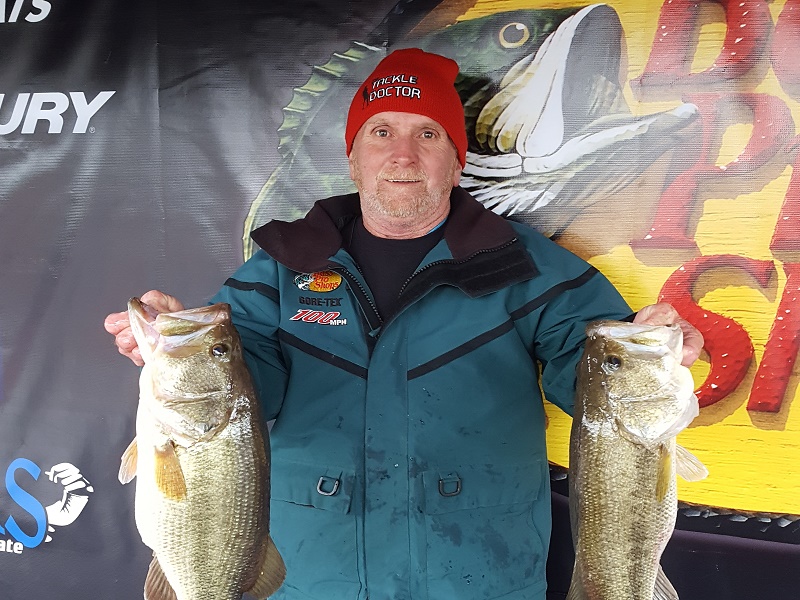 “I was down south fishing the big lake offshore between 5-6 feet today.  Lots of boats went up the river.  Truth be told I really struggled today.  I didn’t have my 2nd fish until 1:00.    I only had 5 bites all day and never culled.  They were all keepers, but I never culled.  My biggest fish (7.47-lbs) was caught at 1:30. And the rest were about 30 minutes in between.  At noon I thought this wasn’t going to be my day but man I was wrong,”  Ray said.

In second for the boaters, Larry Rochelle of Canton, MS landed a five-bass limit going 23.82-pounds.

“I started early and caught them all day.  There were some good fish in the area I was in and I just had to stay with it and push through them to get the good ones.  I culled 6 or 7 times and caught all my fish on a chatterbait and a spinnerbait,” Larry said.

Jerry Gilliam of Ethelsville, AL took third for the boaters with five bass going 19.15-pounds, anchored by a 6.49-lb fish.

“I went fishing!  LOL.  Well it was a struggle for me today too, until about 12:00.  A blind hog found an acorn for me.  I just kept rooting around and scraped up what I brought you.  The big fish was the last one of the day for me.  She weighed 6.49-lbs and kicked out a 14 incher.  Everything I caught was on a trap,” Jerry said. 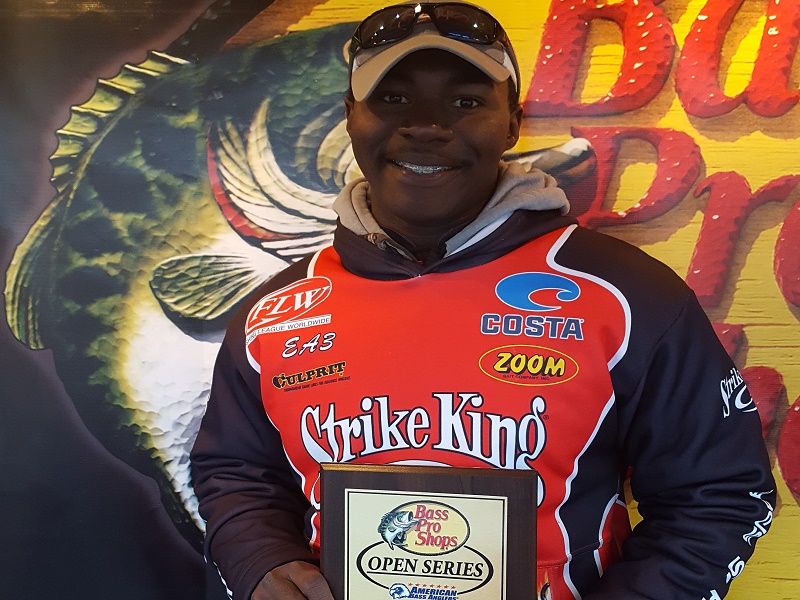 In the Co-Angler Division, Elijah Allen III of Greenville, MS won with three bass going 10.60-pounds. He pocketed a check for $1000 for his win.

“We ran up the river and threw a spinnerbait all day.  I didn’t cull at all today. I had a limit by 9:30 with my first 3 fish and only caught 4.  It was still cold but having a limit that early helped me warm up some. The 4th fish was right at 14 inches so it didn’t help me at all.  We kept after it casting to as much structure as we could but that was it.  This was my first time fishing with ABA and I will be back for the next one.  I promise,” Allen said.

“I caught 4 or 5 keepers today.  All of them came on a trap.  I froze the first part of the day and warmed up as I started catching fish.  I culled a couple times up to my limit.  Not really much else to tell you,” Goodman said.

In fourth place among the co-anglers, Lance Jackson of Starkville, MS brought in three bass for 6.73-pounds. Daniel Corkern of Florence MS finished in fifth place with two bass for 5.05-pounds.

Slated for March 16th, the next tournament will be back on Ross Barnett out of Tommy’s Trading Post. At the end of the season, the best anglers from across the nation advance the 2020 Ray Scott Championship to be held at Lake Hartwell in April 2020.