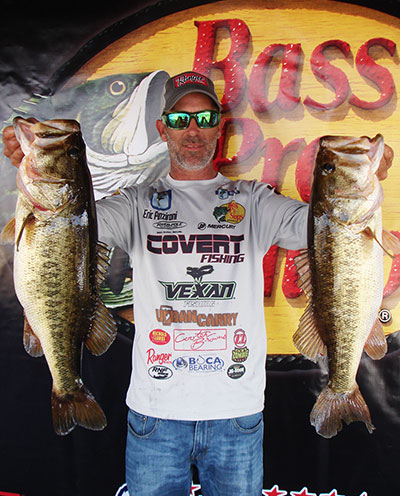 “I stayed on Toho all day. I found a big school of fish last weekend, and they stayed in the same area. I pulled up to that spot and was done by 9:30 am. Last week they were smaller, but the bigger fish moved up to that area. It feels great to start the season with a win,” Panzironi said. 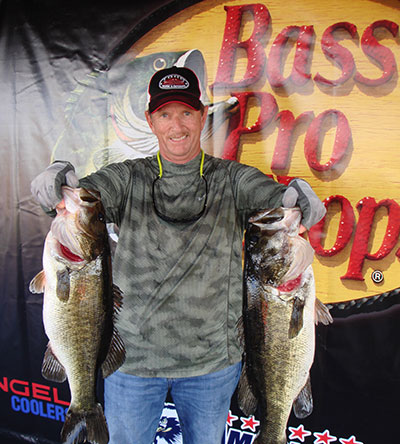 In second for the boaters, Russ Osborne of Orlando, FL landed a five-bass tournament limit going 22.84-pounds. He collected $1500 for the effort.

“I caught my fish flipping heavy cover. I lost one fish about three pounds, but it would not have helped me,” Osborne said. 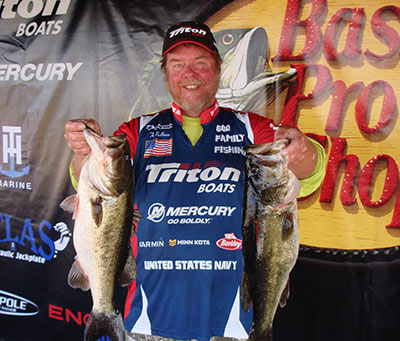 Ted Sullivan of St. Cloud, FL took third for the boaters with five bass going 22.44-pounds. He earned $1100 and qualified to receive an additional $500 Triton Gold contingency money for his finish.

“I caught my fish today on a jig around grass. It seemed like the fish were reacting to the jig hitting the grass. It was a slow bite, but when I got bit, it was a good fish,” Sullivan said.

The biggest bass for the boaters was caught by James Stephens III of Osprey, FL that weighed 8.38-pounds. James pocketed $1040 for his big fish.

“I caught that fish on a swim jig around 11:30 am on the south end of the lake real shallow,” Stephens said. 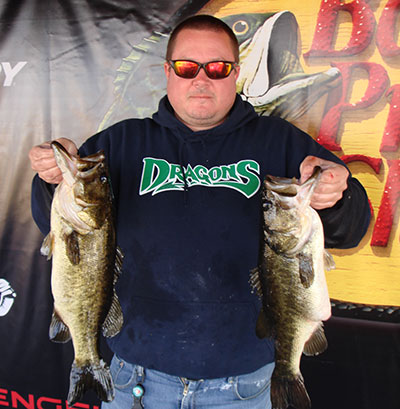 In the Co-Angler Division, Keith Farrell of Tampa, FL won with three-bass going 13.25-pounds. He pocketed a check for $2000 for his win.

“We stayed in Toho all day. I caught all my keepers before 9:30 am this morning flipping grass and throwing a chatter bait around hydrilla. My first win, I’m very excited,” Farrell said. 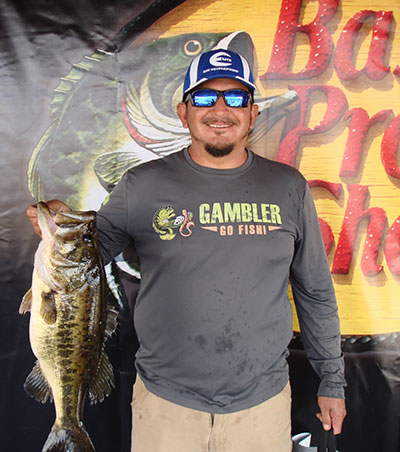 Taking second for the co-anglers, Jesus “Buck” Gutierrez of Haines City, FL brought in a three-bass division limit weighing 10.97-pounds that included a 6.74-pound big bass. He collected $950 for the finish and an additional $500 for the big bass award.

“We were fishing on Toho all day. I caught that big bass flipping a senko in the lily-pads. I lost a big fish early and missed several fish today. It was tough,” Gutierrez said. “ 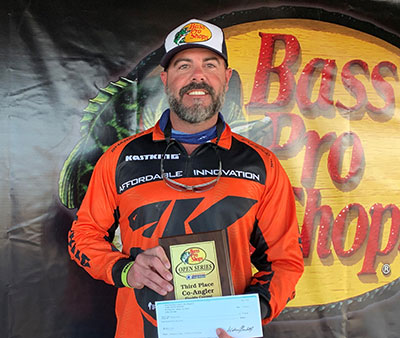 Richard “Jamey” Nash of Chiefland, FL placed third among the co-anglers with three-bass going 10.49-pounds. He earned $750 for his catch.

“We also stayed on Toho today. I was fishing a trap on the south end of the lake. I lost one about four pounds, and I had a dead fish penalty that really hurt me today,” Nash said.

In fourth place among the co-anglers, Chad Schroeder of Zephyrhills, FL brought in three-bass for 9.32-pounds. Uby Rossell of Davenport, FL finished in fifth place with three-bass at 8.75-pounds.

Slated for February 23rd, the next tournament will be held on the Kissimmee Chain out of Camp Mack in Lake Wales, FL. At the end of the season, the best anglers from across the nation advance the 2020 Ray Scott Championship to be held at Lake Hartwell in April 2020.