Brian Gunn on the Savannah River 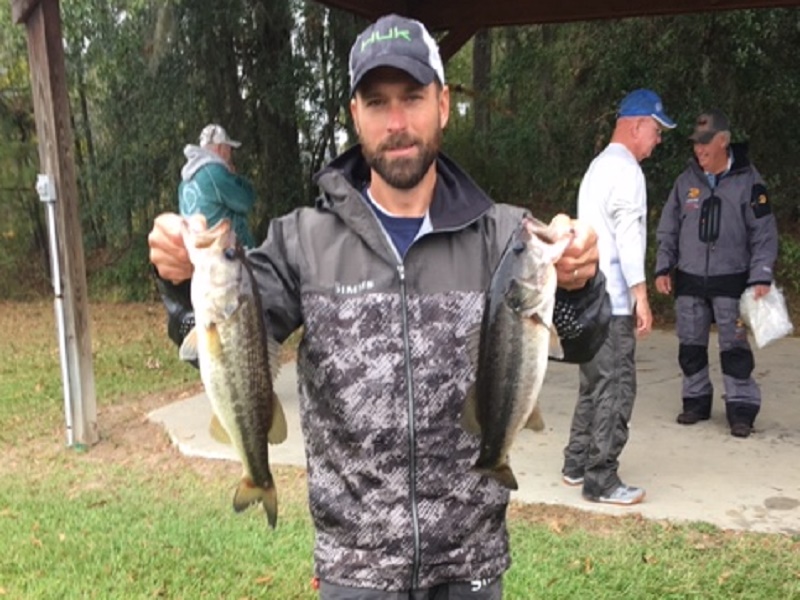 Brian Gunn is one step closer to the ABA National Championship with a 1st place win in the American Fishing Tournament held on the Savannah River. Gunn weighed in five-bass, locking in the scales at 8.77-lbs.  For his victory, he took home $376.00.

Second-place went to RobbyMerciers with five-bass weighing 8.03-lbs. He anchored his bag with the biggest fish of the tournament that locked in the scales at 2.74-lbs.

At launch time the temperatures were in the mid50's and cloudy, with rain throughout the day.

The next tournament in division 94 will be scheduled for Dec 15th out ofMilstone Landing.