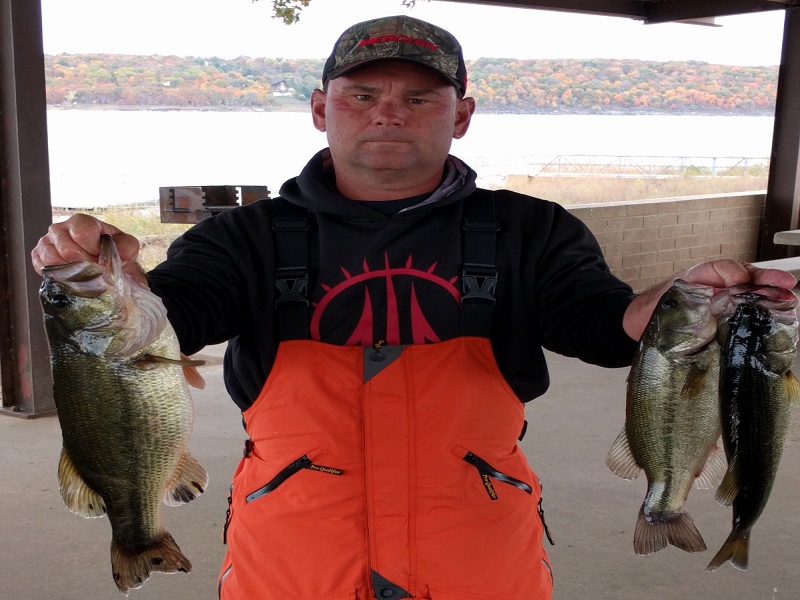 November 3rd, 2019 Wagner, OK Brian Cox of Inola, OK won the American Fishing Tour Division 57 tournament presented by American Bass Anglers. Running out of Taylor’s Ferry North near Wagoner, OK Brian Cox brought back 3-fish that locked in the scales at 9.46-pounds anchored by a 4.58-pound kicker.  For the victory, Brian took home a check for $288.

Brian was cranking rocky points up lake when he came across several fish, most being less than the lake size limit.

The Biggest Bass of the tournament was caught by Brian Cox.  His fish locked in the scales at 4.58-lbs earning him $40.

The next tournament in this division will take place on November 17th launching from Lyons Ramp on Lake Hudson.

The American Fishing Tour offers low cost, close to home bass tournaments that are designed for the weekend angler. All anglers fish for money and points. The points advance the angler to their divisional championship and the top 500 anglers in the US are invited to the American Fishing Tour National Championship for this fall on Lake Eufaula, AL.