Bill Pinion wins a Tough one on Lake Russell 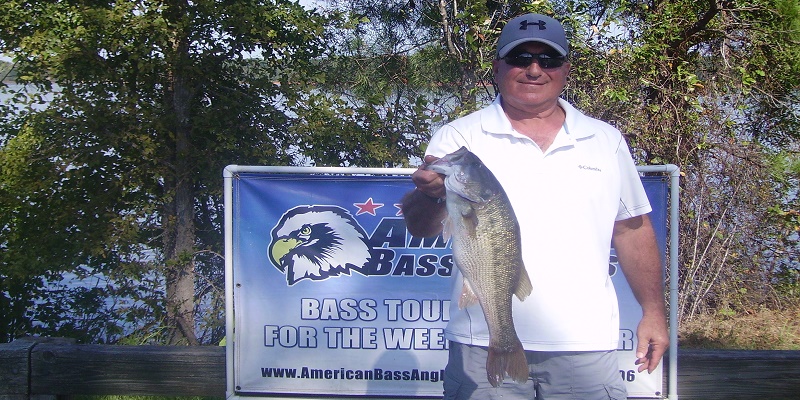 October 14th, 2018   Elberton, GA.  Fifteen anglers launched from Highway 72 Ramp Landing near Elberton, GA.  The temps started around 58 degrees but warmed up to the mid 70’s by the 3 pm weigh in time. Water temps were in the mid 70’s due to several cool nights before the tournament. Eleven of those anglers brought back five-fish limits to the scales, but when the scales closed, it was Bill Pinion from Fair Play, SC who took the victory with 9.11-lbs. He reported catching his fish on a variety of baits including crankbaits and topwater baits. For the win, Bill took home $432 in prize money plus an additional $84 for 1st Place Option Pot for total earnings of $516.

Second amongst the competitors was Grover Jones of Starr, SC with five-fish that locked in the scales at 7.80-lbs. He also reported catching his fish on topwater baits. For his efforts, he took home $223 plus $56 for 2nd Place Option Pot for a total of $279 in prize money.

Third place was claimed by Zachary Green of Elberton, GA with five-fish and a total weight of 7.48-lbs. Zachary stated he used several different techniques to get a limit in the boat. For his efforts, he took home $79.

The Biggest Bass of the tournament was caught by Bill Pinion of Fair Play, SC.  His fish locked in the scales at 4.80-lbs earning him another $70 in prize money.

The next tournament in this division will take place on November 11th, 2018 launching from Dorn Facility on Clarks Hill Lake.

For more information on this event or division, please contact the local director Grover Jones at (252)217-2893 or visit www.americanbassanglers.com