Austin Weaver wins $10,000 on
Pickwick in the Area 1 Championship 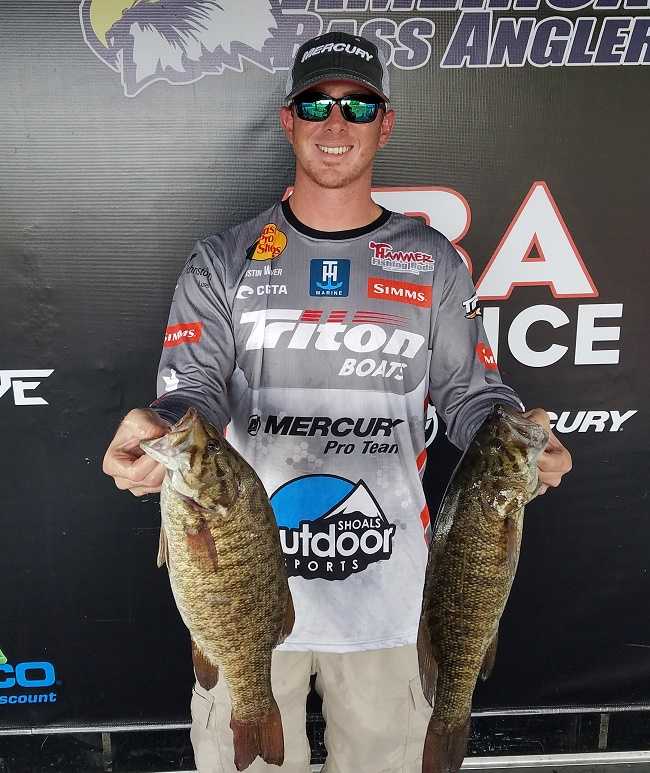 “Started both days, fishing up river throwing a spinnerbait and was able to catch a few in the morning and then decided to make a run-down river to my afternoon spot to finish out my limit with a shaky head,” said Weaver. 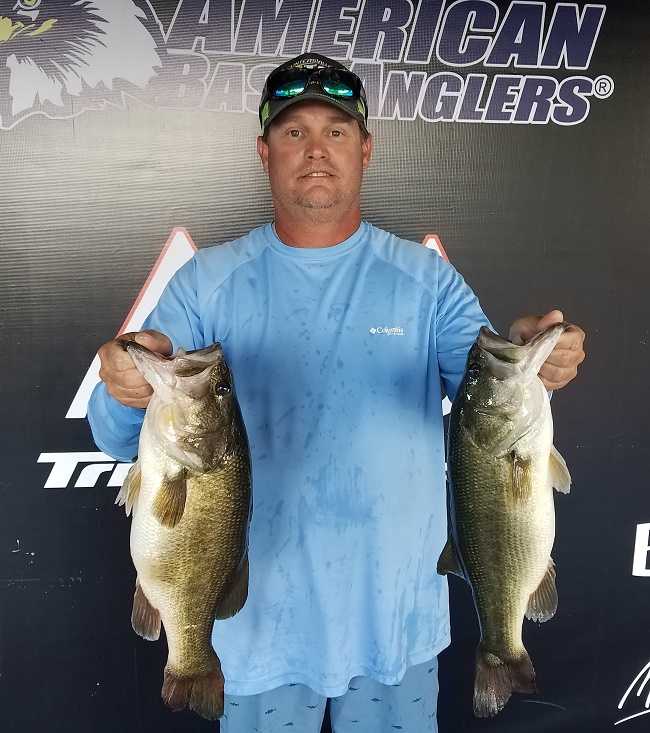 Coming in second place in the boater division was Gil Summerlin of Guntersville, Alabama weighing in two five-bass limits for a total of 31.26-pounds.   Summerlin took home a check for $700 dollars for his efforts.

“I fished in the mid-lake area using a bull shad and a mean mouth walking bait on grass points in 5-8 foot of water.  I ended up finishing out my limit with a green pumpkin mean mouth rocker jig,” said Summerlin. 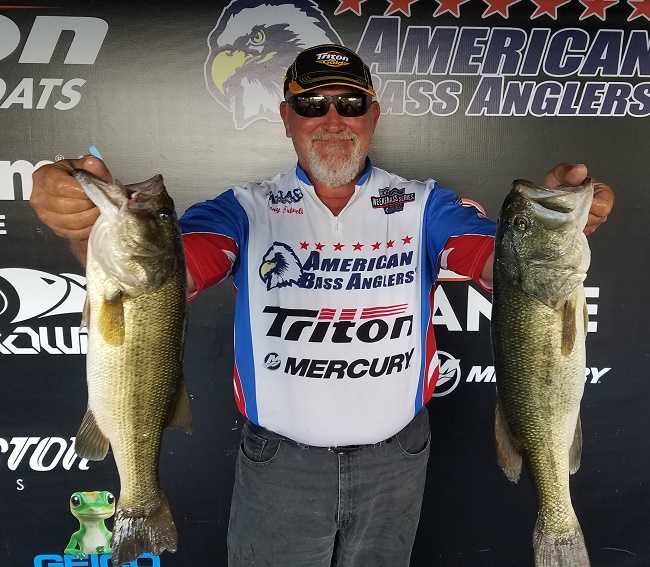 Tony Tidwell, of Horton, Alabama finished third for the boaters also weighing in two five-bass limits for a total of 30.69-pounds.  Tidwell took home a check of $500 for his efforts.

“I ran downriver fishing shallow water areas that had grass in them.  I was throwing a ½ oz. jig on day one and had to downsize to a ¼ oz. jig on day two because the bite was tough,” said Tidwell. 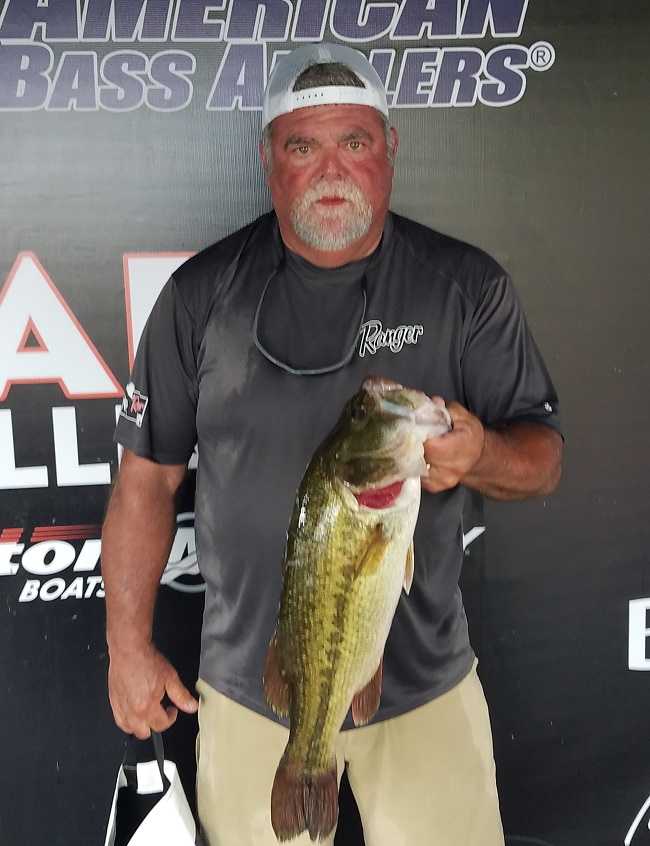 In the boater division, the big bass was caught by Mike Jones of Brandon, Mississippi weighing 5.24-pounds.  Jones took home a check for $520 for his catch.

“I was downriver and made my last cast at 1:17 pm using a Lucky Craft Sammy around shallow water,” said Jones. 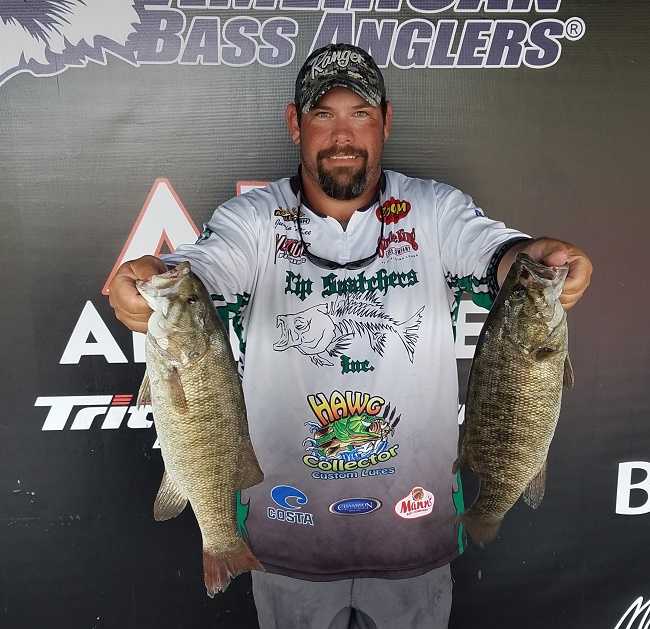 In the Co-Angler Division Justin McKee of Pheba, Mississippi brought two-bass to the scales on day-one weighing in at 5.46-pounds.  On day-two McKee brought three-bass to the scales weighing 11.09-pounds, for a two-day total of 16.50-pounds.  McKee took home a check of $5000 for his catch.

“We were fishing downriver in rocky areas and were able to find schooling fish.  I caught one fish on a Zara spook, I caught my second fish on a fluke and fished out my limit with a shaky head,” said McKee. 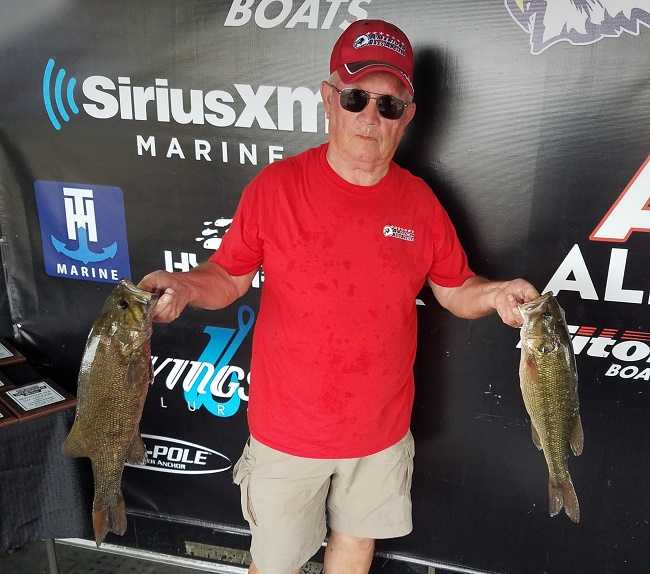 In second place for the co-anglers was Roy Yother of Red Bank, Tennessee bringing a two-day total of six-bass to the scales for a total of 16.50-pounds.  He took home a check for $350 dollars for his efforts.

“On day-one, I was able to catch my fish on a Carolina rig with a Zoom ultra-vibe speed worm and on day-two I used a Ned-Rig fishing in current to catch my limit,” said Yother. 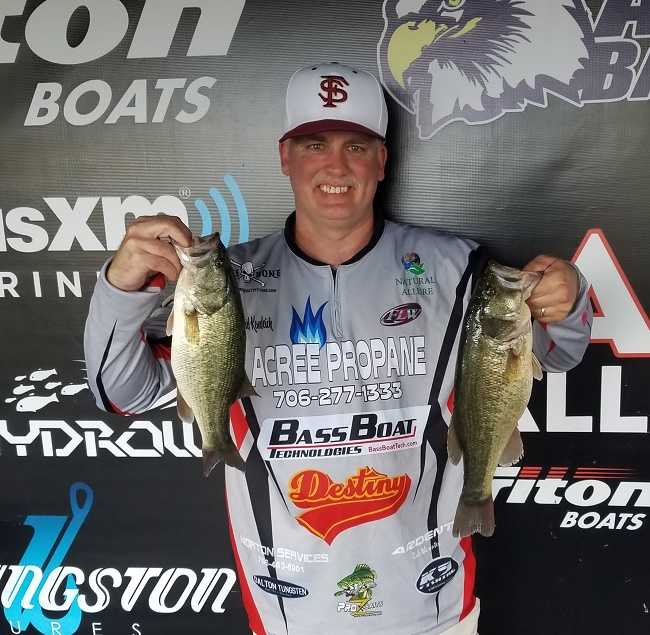 Coming in third place was Daniel Kendrick of Chatsworth, Georgia with a six-bass limit weighing 16.50-pounds. Kendrick took home a check for $300 dollars for his efforts.

“I started out on day one down river fishing grass edges and I caught all my fish using a whopper plopper.  On day-two we fished around the dam throwing jerk baits and under-spins to fill my limit,” said Kendrick. 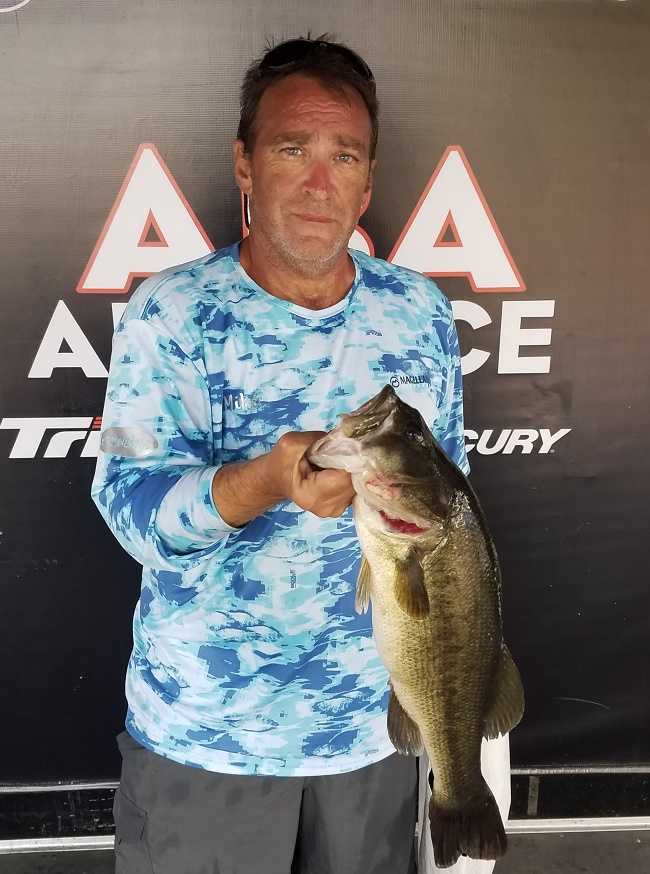 In the Co-Angler Division, the big bass was caught by Mike Gibson, of Gadsden, Alabama receiving a check for $155 for this kicker fish.

Finishing fourth place was Mike Allen of Crystal Springs, Mississippi weighing in two three-bass limits for 13.74-pounds. He took home a check for $250 for his efforts. Rounding out the top five in the Co-Angler Division was Duane Parker of Dalton, Georgia, he brought three-bass to the scales on day-one and two-bass to the scales on day-two weighing a total of 13.41-pounds.  Parker took home a check of $200 for his catch.