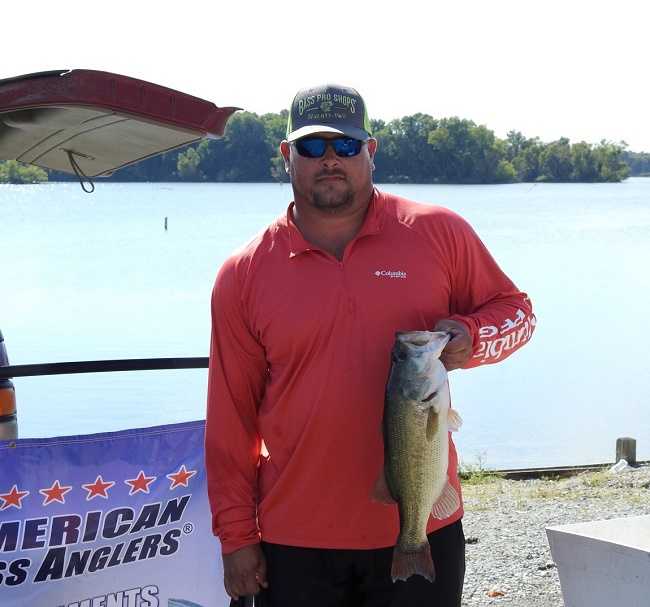 On Saturday, September 29, 2018 fourteen anglers launched from Lucas Harbor ramp in New Johnsonville, TN. It was a tough day of fishing with none of those anglers bringing a limit to the scales. When the scales closed only 6 anglers had fish to weigh in.  Jason Oxford from Camden, TN took the victory with one fish weighing 4.38 lbs.  For the win, Jason took home $406.

Second amongst the competitors was Jamie Sellers with two fish that weighed 4.32 lbs.   Jamie took home $200 in prize money.

Third place was claimed by Tim Lyle with one fish weighing 2.72 lbs. For his efforts he took home $79.

Jason Oxford’s one fish also gave him big fish of the tournament. For this 4.38 lb. fish, he was awarded $140.
Top Finishers

This concludes Division 40 early bird tournaments and we will be finalizing our 2019 tournament schedule soon.