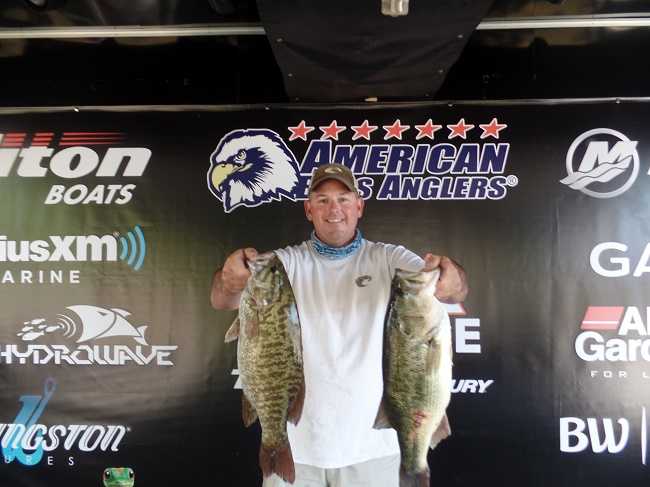 “I was all over, it was a mega grind and wicked slow. I was throwing a green pumpkin stick worm and going slow,” said Morrin.

In second for the boaters, Zachariah J. Dunham of Stroudsburg, PA landed 4-bass going 16.80-pounds with a 6.10-pound kicker. He collected $1250. for the effort.

“I was fishing mid lake with a green pumpkin texas rig,” Dunham said.

Chuck Main of Ellwood City, NY took third for the boaters with five-bass going 16.06-pounds. He anchored his catch with a 3.57-pound kicker to earn $900.

“I scrambled around fishing weeds and caught 4 on beds,” said Main.

Finishing fourth, Doug Wilson of Litchfield, NH landed a five-bass limit for 15.83-pounds including a 4.09-pound kicker. Edward Cowan of Greeley, PA rounded out the top five boaters with five-bass at 15.60-pounds topped by a 4.94-pound kicker.

The biggest bass for the boaters was caught by Zachariah J. Dunham that weighed 6.10-pounds.  Zachariah pocketed $680 for his catch. 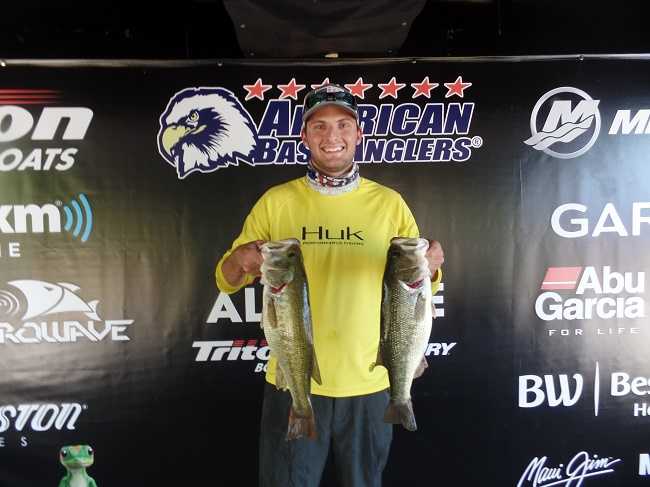 In the Co-Angler Division, John R. Ciavaglia of Pittsford, NY won with three-bass going 11.46-pounds. He sealed his victory with a 4.49-pound kicker to pocket a check for $1200.

Taking second for the co-anglers, James Perez Jr. of Rensselaer, NY brought in a three-bass division limit weighing 11.00-pounds including a 4.05-pound kicker. He collected $400. for the effort.

“I used a small green pumpkin Gitzit with a bullet weight in 8-12 ft. of water in the weeds,” said James.

RJ Gehring of Fairport, NY placed third among the co-anglers with three-bass going 8.40-pounds. He anchored his catch with a 3.61-pound kicker to earn $350.Gehring was not available for comment.

In fourth place among the co-anglers, Vincent Howels of Beaver Falls, PA brought in three-bass for 8.28 pounds including a 2.83pound kicker. John M Ciavaglia of Pittsford, NY finished in fifth place with three bass at 7.76 pounds.

The biggest bass for the co-anglers was caught by John R. Ciavaglia of Pittsford, NY that weighed 4.49-pounds. John pocketed $175.00 for his catch.

Slated for July 21, 2018, the next divisional tournament will be held on 1000 Islands out of French Creek Marina, Clayton, NY. At the end of the season, the best anglers from across the nation advance the 2018 Ray Scott Championship, slated for the first week of April 2019 on Lake Eufaula, AL.