Lee Takes Command On The Pines 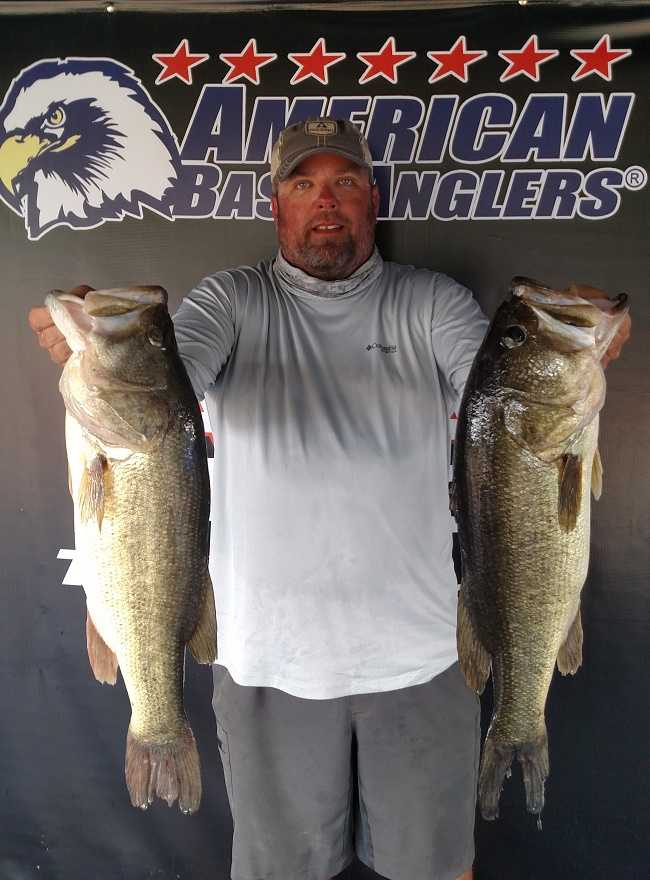 ATHENS, Ala. – Russell Lee of Sachse, TX won the American Bass Anglers Open Series East Texas Division, held June 30th on Lake of the Pines, TX.  Russell came across the scales early during weigh-in, hauling a heavy bag with excitement. His bag of 5 fish, two of which were both over 7 pounds provided a total weight of 26.71. His largest of the two weighed in at 7.69 pounds. Lee walked away with a winning check for $5000.00, and he will be receiving an additional $1000 in contingency from Mercury Marine thanks to his brand new, one-week-old Mercury 4-stroke motor.

“I went up North and found some fish in one area so I committed to them.  I had 2 fish over 7 lbs today, one was the first fish in the box and the other was my last.  As hot as it is and warm as the water temps are, everything I caught was in 2 ft or less on a chatterbait.  I was fortunate today, and had a great day on the water,” said Lee.

Landing in second place on the boaters’ side of the competition was Keith Glasby from Ovilla, TX. Keith also brought in a solid five fish to the scales, weighing in 22.87 pounds with a 5.89-pound anchor. Glasby ended almost 4 pounds behind the winner, but he took home a $1000 check for his efforts and Triton Gold honors.

“I had a terrible practice and wanted to fish up North and just couldn’t make it happen.  To the guys who did that today, hats off to you.  I came here yesterday and spent about 3 hours on the south end of the lake.  This morning I ran to my first spot and there were 4 boats sitting there.  I waited my turn and got a school of fish to fire up and filled the box pretty quickly.  From there it was a couple of cull fish and the day was done,” said Glasby.

Coming in 3rd for the boaters was Jesse Russell from Prosper, TX. Jesse caught five fish today as well, his total weight locked in at 22.55 pounds. He managed to take home a check for $650.

“Had a great day today.  There are a lot of good fish in this lake.  I caught some on a 10’ worm, some on a jig, and some on a Strike King 6 XD.  I bounced around on brush piles and humps, managed to cull 7 times, and caught fish consistently throughout the day.  We didn’t really have a dry spell so I can’t complain,”  Said Jesse. 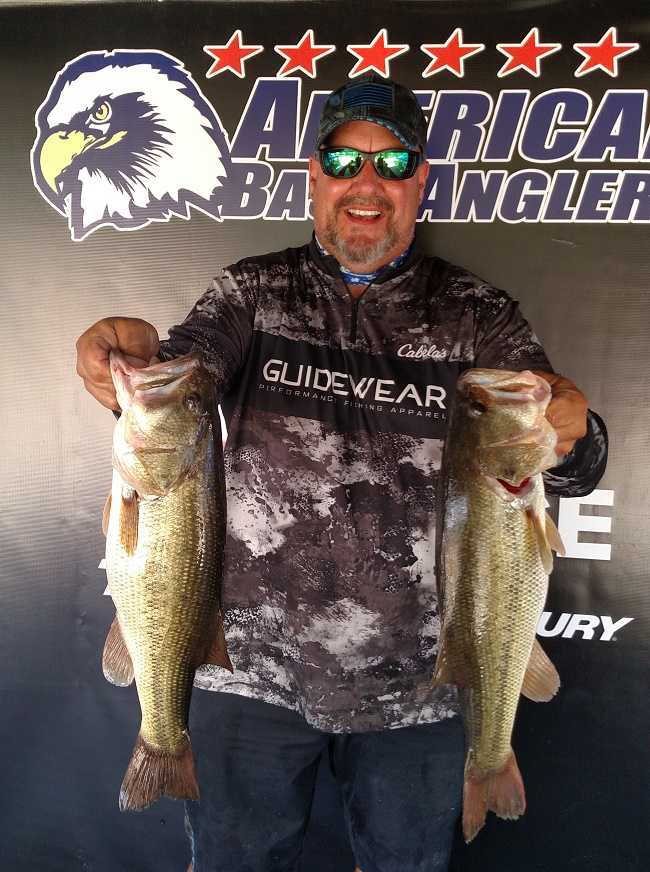 For the co-anglers, Tim Hawkins of Anna, TX came in with three fish weighing in at 12.88 pounds. He may not have come in with a single kicker, but he managed to have three solid fish to get his weight. Tim took home a check for $1200 for the win!

“All the credit to my boater.  He knows this lake very well and I had a really good time.  We hit rock piles in 12 to 15 ft of water in about 6 different places.  I had 6 bites today.  Not all of them were keepers but 3 of them were good fish.  It was hot but there was a nice breeze blowing and I couldn’t be happier,” said Hawkins.

Coming in 2nd place for the co-anglers and holding the lead for most of the afternoon with 12.46 lbs was Dirk Smith of Farmersville, TX.  He took home a check for $500.00

“It was simple for me.  Everything came on a Senko in the grass.  I caught about 12 keepers and culled 3 or 4 times.  We stayed up North all day,” said Smith.

“We started just a few hundred yards from the launch at the bridge right here in Johnson Creek.  We fished it for a while and waited for things to settle down a bit then went out to the main lake for the rest of the day.  We were junk fishing, just throwing everything we could because the lake has had a lot of pressure lately,”  said Joe.

The biggest bass caught for the boaters, and overall, was an 8.71-pound beauty brought in by Bart Doty. That catch earned him an extra check of $550. There was a tie for the largest bass of the day for the co-anglers. Mike Quinn and Thomas Helsley both brought in big bass weighing 7.14 pounds. Each co-angler took home a check of $110, splitting the side pot equally.

Slated for September 8th, the next divisional tournament will be held on Toledo Bend launching from Cypress Bend Park.  At the end of the season, the best anglers from across the nation advance to the 2019 Ray Scott Championship, slated for the first week of April 2019 on Lake Eufaula, AL.