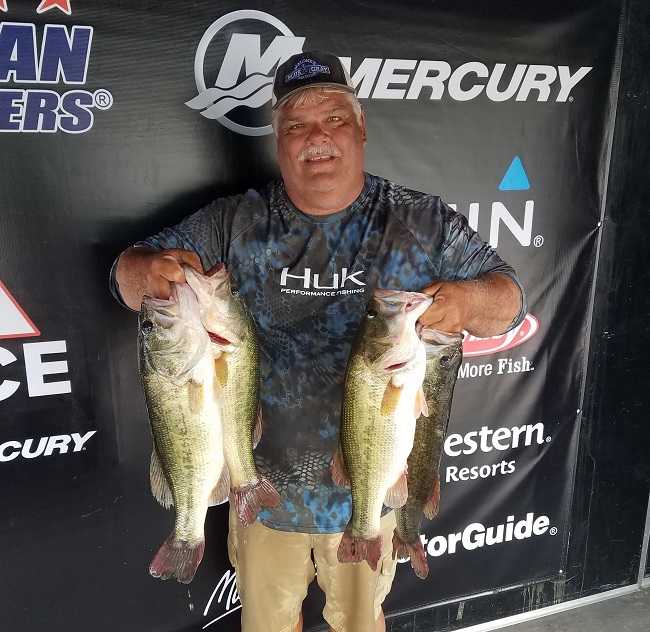 Mark Pack of Hendersonville, Tennessee took home the win on Saturday, June 23, 2018 in the Kentucky division.  This division held its second tournament of the regular season on Kentucky Lake out of Kentucky Dam in Gilbertsville, Kentucky. Pack brought five-fish to the scales weighing 23.91-pounds with a kicker fish of 5.30-pounds.  For his victory, he took home a check of $5000.

“I started my day making a long run down the lake, and I found two spots that were holding fish pretty good.  I had caught most of my fish by 8:00 a.m. and finished out my limit around 10:00 a.m.  All my fish were caught by using a swimbait, football head jig and a big worm,” said Pack.

Coming in second place on the boater side was Ivan Maxwell of Tunnel Hill, Illinois weighing in five-fish for a total of 21.27-pounds.

Cole Floyd of Leesburg, Ohio finished third for the boaters weighing in five-fish for 18.53-pounds.

"I started off fishing shallow on the south end of the lake. I lost about 3-4 fish right off the bat then decided to move out to deeper water where I caught about 30 fish using a jig and a drop shot,” said Floyd.

Finishing fourth place was Edward Gettys of Paris, Tennessee brought a five-bass limit to the scales for 16.88-pounds. Rounding out the top five was Joey Schmidt of Hickory, Kentucky weighing in five fish for 15.89-pounds. 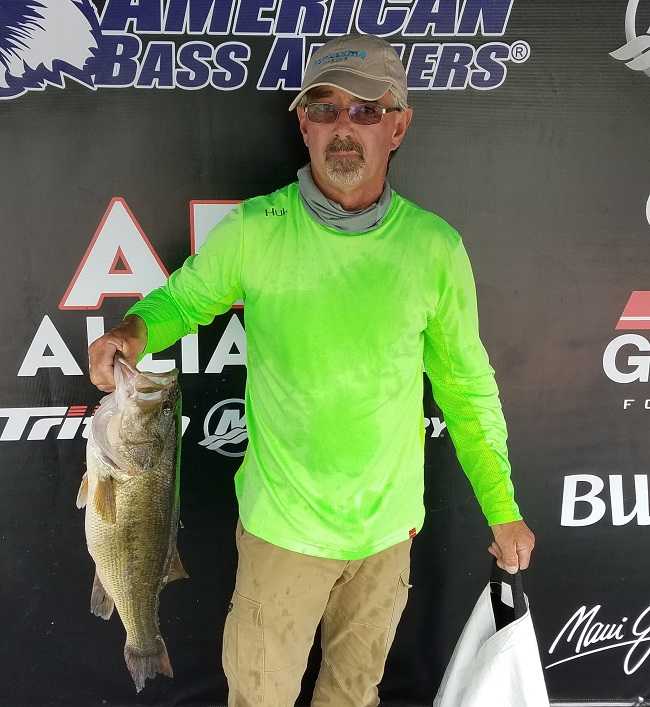 The biggest bass weighed in for the boaters was a 6.45-pounder caught by Robert Linton of Cadiz, Kentucky.  He took home a check of $280 dollars for his efforts. “I caught my big fish about 8:00 a.m. in the morning using a 6-inch Z-man finesse worm,” said Linton. 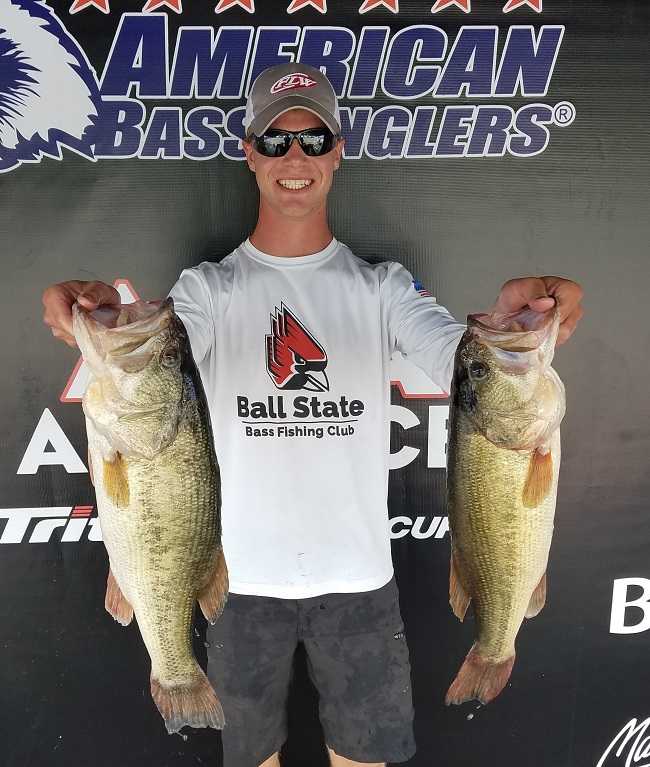 “I was throwing a 5-inch zoom swimbait in ayu color with a ½ oz. swimbait head, with ½ oz.yankum football head jig, I caught fish on the lower end of the lake,” said Strawmyer.

In second place for the co-anglers was Ray Dickens of Marion, Illinois bringing three-fish to the scales for 13.29-pounds.  He took home a check for $400 for his efforts.
“We ran to the south end of the lake fishing a shell bed just off the channel. I caught all my fish on a 9-inch paddle tail worm using green pumpkin and black grape colors.  We had a great day,” said Dickens.

Coming in third place was JoJo Walsh of Lyles, Tennessee with a three-bass limit weighing 12.95-pounds. Walsh took home a check for $300 for his efforts.

“I had a very slow day starting off losing an 8 plus pounder and didn’t have another bite until about 12:30 p.m. where I got my first keeper after making a long run south. I managed to catch my last two fish with about 15 minutes left to go on a spot we found on the north end of the lake where I caught my 2 largest fish using a June bug big worm,” said Walsh.

Finishing fourth place was Brendan Murphy of Cape Girardeau, Missouri weighing in three-fish for 11.31 pounds. Rounding out the top five in the Co-Angler Division was Dean-Hesse of Brandenburg, Kentucky, he brought three-fish to the scales weighing 8.53-pounds.

The ABA Open Series Kentucky Division’s next tournament will be held on July 28th on Kentucky Lake out of Kentucky Dam Marina in Gilbertsville, Kentucky.