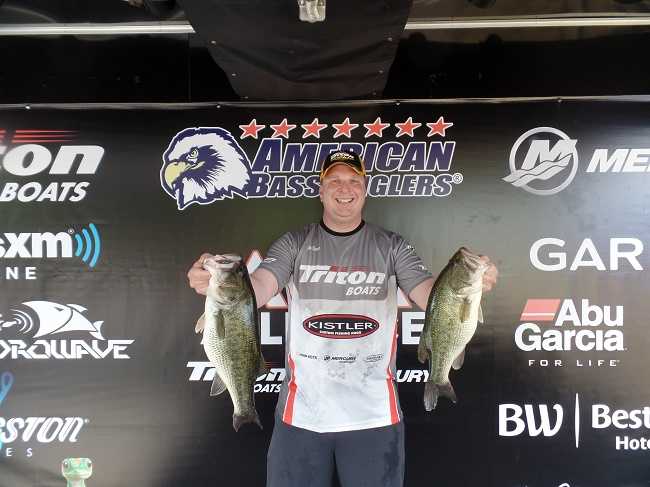 “It was a tough day. I fished from the bridge to whitehall throwing a black brush hog and black jig ½ oz. the fishing was slow,” said Tefft.

Tefft also qualifies for Triton Gold , so in addition to his check for $5000.00 He will also receive Triton Gold Contingency Money.

In second for the boaters, Casey J. Casamento of Plattsburgh, NY landed a five-bass tournament limit going 19.30 pounds with a 3.97-pound kicker. He collected $1400.00 for the effort.

“I fished small mouth with a Keitech sight flash swimbait, in 10FT or less,” said Casamento.

John Paul Pelletier of Castleton, NY took third for the boaters with five bass going 19.08-pounds. He anchored his catch with a 4.86-pound kicker to earn $950.00

Finishing fourth, Mike Grabo of Burnt Hills, NY landed a five-bass limit for 18.54-pounds including a 4.29-pound kicker. Bryan Labelle of Hinesburg, VT rounded out the top five boaters with five bass at 17.73-pounds topped by a 4.05-pound kicker.

The biggest bass for the boaters was caught by Christopher A Ullrich of Picture Rocks, PA that weighed 5.38-pounds and Christopher pocketed $660.00 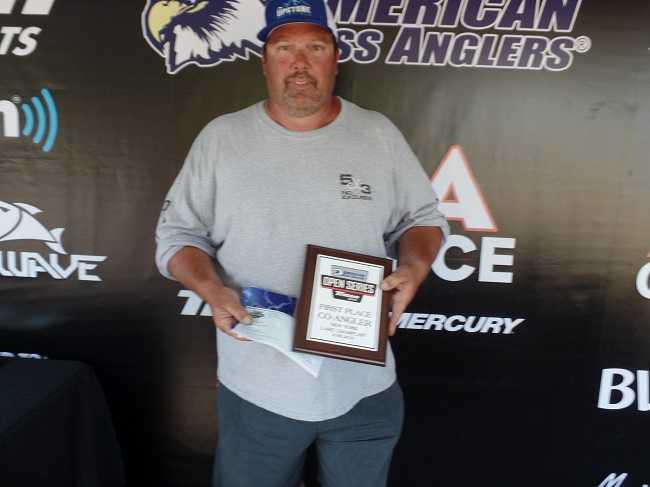 In the Co-Angler Division, Jason Prentiss of Keeseville, NY won with three-bass going 9.40-pounds. He sealed his victory with a 4.05-pound kicker to pocket a check for $1200.00.

“I was North, fishing points, I was dragging a 1/4oz.  4” senko in green pumpkin with a yellow tip,” said Prentiss.

Taking second for the co-anglers, George King of Highland Falls, NY brought in a three-bass division limit weighing 8.34 pounds. He collected $400.00 for the effort. Mr. King was not available for comment.

Donald VanTassell II of South Egremont, MA  placed third among the co-anglers withthree-bass going 8.14-pounds. He anchored his catch with a 3.83-pound kicker to earn $350.00. VanTassel was unavailable for comment.

In fourth place among the co-anglers, Chris Sullivan of Voorheesville, NY brought in three-bass for 8.01 pounds including a 3.59-pound kicker. Samuel G. Miller of Connellsville, PA finished in fifth place withthree-bass at 7.78-pounds.

The biggest bass for the co-anglers was caught by: Jason Prentiss of Keeseville, NY that weighed 4.05 and Jason pocketed $180.00

Slated for July 7, 2018, the next divisional tournament will be held on Cayuga Lake out of Union Springs.  At the end of the season, the best anglers from across the nation advance the 2018 Ray Scott Championship, slated for the first week of April 2019 on Lake Eufaula, AL.