Stearnes Qualified for $13,500 on Fort Gibson 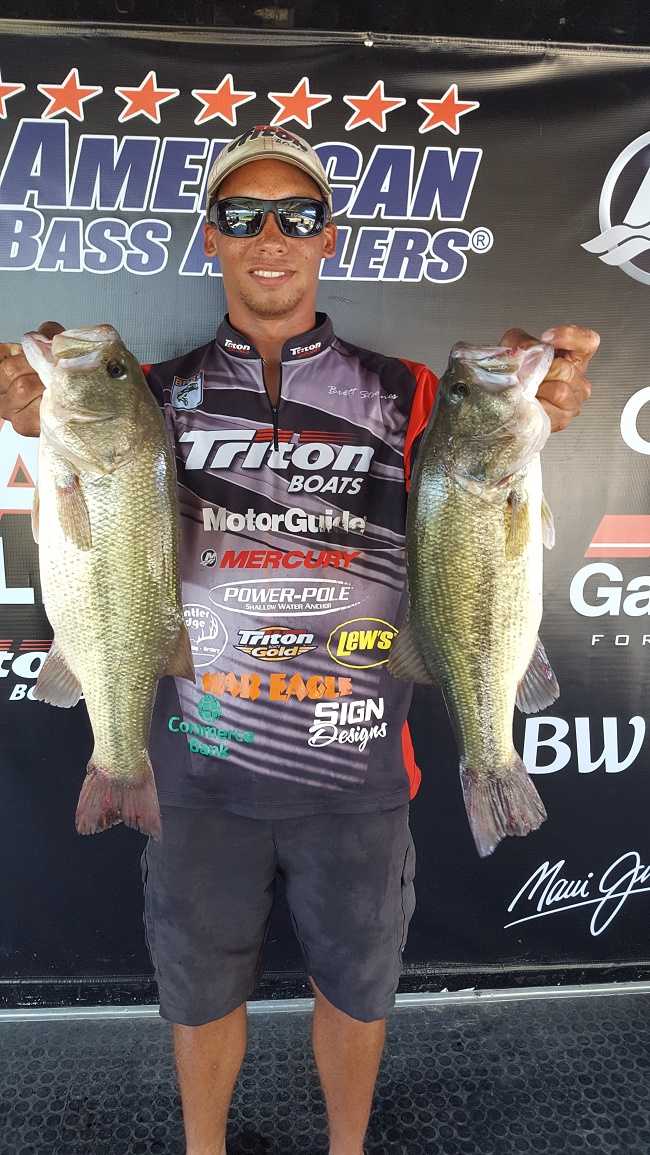 ATHENS, Ala. – Brett Stearnes of Joplin, MO won the American Bass Anglers Open Series Oklahoma Division, held March 10th on Ft Gibson, OK. Running out of Taylor Ferry North, warm sunny weather had turned to hot sunny weather.  All week it had been in the 90s and the weekend brought soaring temps with a heat index well over 100 degrees.  With the water level stabilized and clear just about everywhere on the lake, most anglers were on a search and destroy mission to get a limit of fish.  Most were deep and being very difficult to catch.

“I really had a tough couple days practicing but I put a couple things together and found a pattern that worked so I stayed with it.  I was throwing a crankbait.  It’s not what I like to do so it was hard for me to keep it up.  I had a few in the boat early this morning but the bite was on, then off, then one here and one there.  It was a grind to get them to bite but it all worked out,” said Brett.

“I caught all my fish on a jig.  My big battery died on me so I just sat there all day and fished out the spot I was in.  It was only about 6 ft deep but I managed a limit and culled 3 times.  The first bite was around 7:30 this morning and it stayed with me so I kept on fishing,” said James.

Tim Nilssen of Perry, OK placed third for the boaters with a limit of five-bass weighing 16.35 lbs and took home a check for $800.00.  Tom is also a Triton Gold member and took the lead briefly.

“I was throwing a football jig too.  Bites for me were all day long today and some were a distance between each other, but I never had the opportunity to cull.  Each time I caught a keeper they went in the boat,”  said Tom

In fourth, Philip Lunceford of Stigler, OK had a limit for 15.94 lbs, and Darrin Crowder of Claremore, OK came in just behind Philip with a bag of 15.83 lbs to take the fifth-place honors. 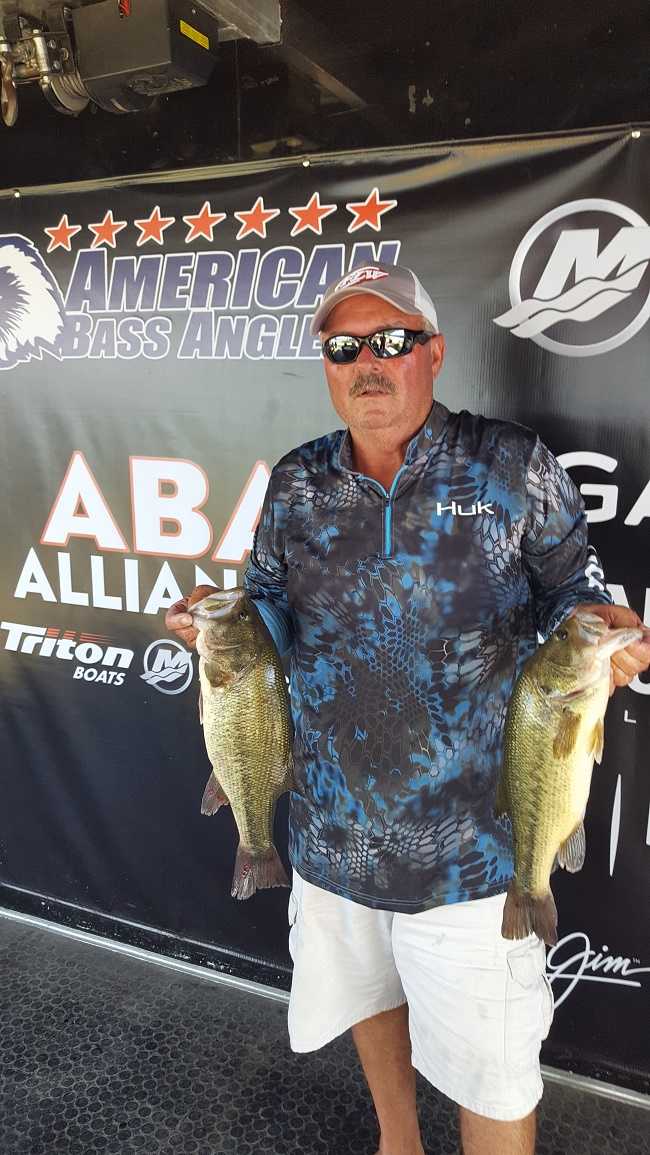 In the Co-Angler Division, Mitch Baskett of Crowder, OK managed a solid limit of 3 fish under very tough conditions for 9.73 lbs. His performance filled his pocket with a check for $1200.00 on the win.

“Well my day started out slow.  I have to give all the credit to my boater.  He is the most courteous angler I have been with to date.  We started up the river and didn’t have any luck so we came back to the main lake and opened up the water to me.  We started catching fish and both had limits.  He made sure of that so hats off to him.  It was a great day, it was hot but there was a breeze but I had a great time,” said Mitch.

Taking second for the co-anglers was Dick Hindman of Supulpa, OK.  Touching the heels of Mitch, Hindman was only ounces behind him with 9.02 lbs.  His placement earned him a check for $400.00 and valuable points at this last divisional event.

“So close…  I had a good guide today.  We started off by the dam and fished all the way down the lake. I had my limit by 10 and ended up culling twice.  All my fish were caught on plastics today,” stated Hindman

“We were fishing way up lake today.  I was throwing a big worm and caught both of my fish on it.  Both bites came early and both bites were up shallow.  I never had a chance at a third fish,”  stated Chris.

In fourth place among the co-anglers, Stan Forrester of Westville, OK with 3-fish for 7.29 lbs.  Mark Cantrell of Stillwater took home 5th place honors with 6.35 lbs. 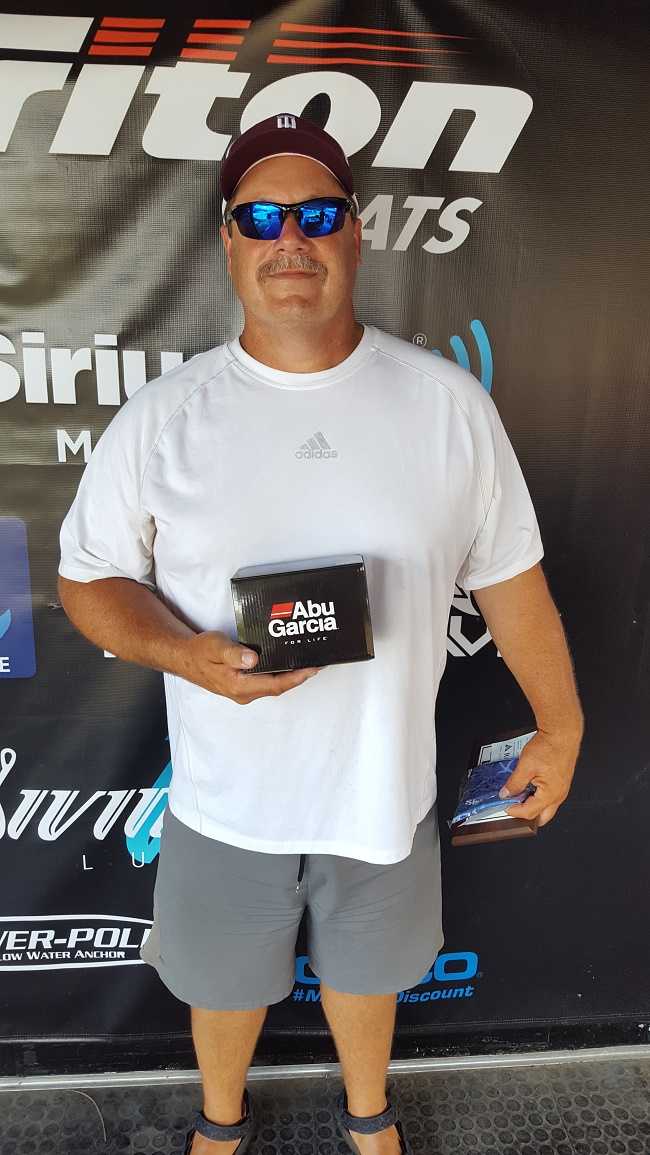 The biggest bass for the boaters was caught by Mick Fenn of Grove, OK weighing 5.73 lbs for $640.00 and since he caught that fish with an Abu Garcia reel he was awarded a new Abu Garcia Revo X reel.

Slated for October 6th and 7th, the next divisional tournament will be held on Lake Texoma launching from Highport Marina.  At the end of the season, the best anglers from across the nation advance to the 2018 Ray Scott Championship, slated for the first week of April 2019 on Lake Eufaula, AL. 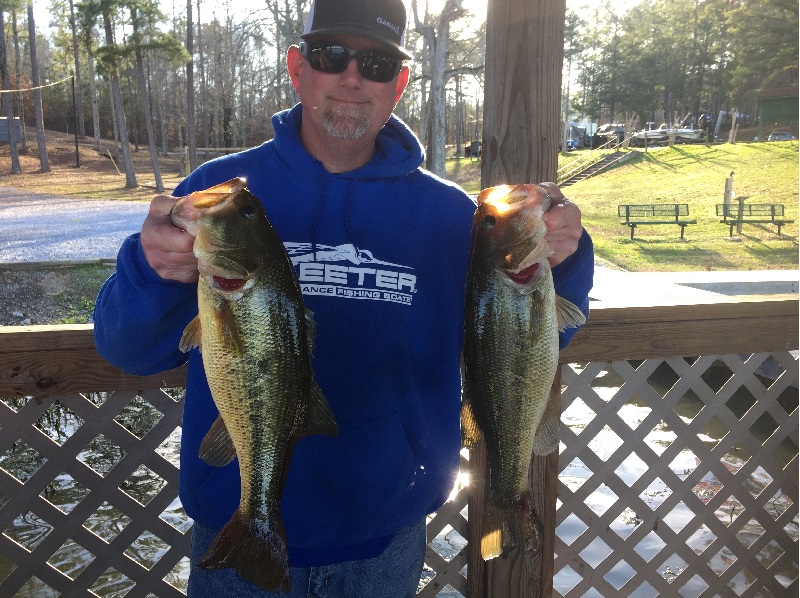 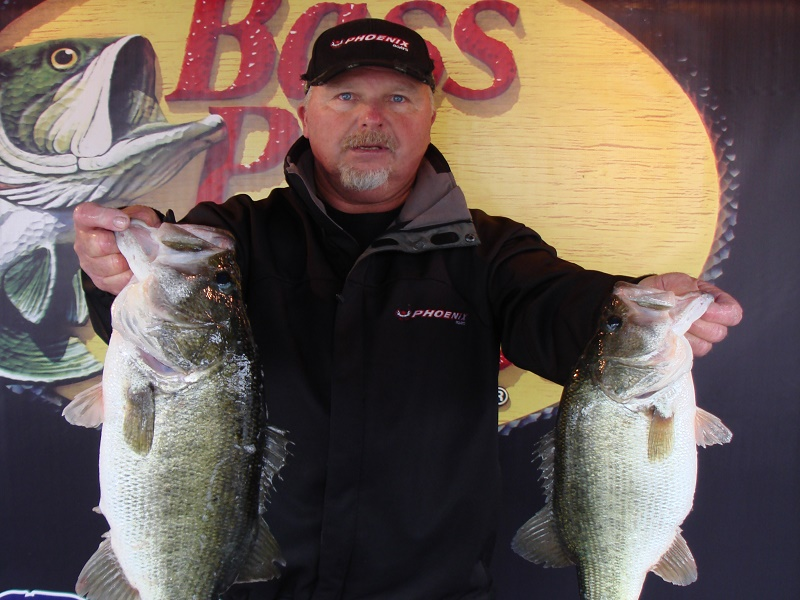