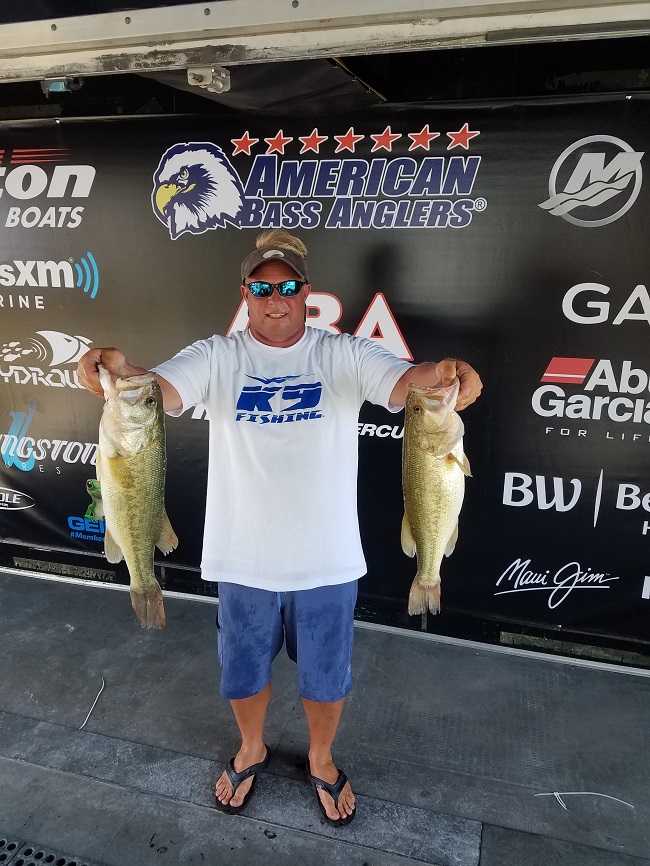 Tim Messer of Hendersonville, Tennessee takes home the win on his home lake. On Saturday, June 16, 2018 the Tennessee Central division held its last tournament of the regular season on Old Hickory Lake out of Sanders Ferry Park in Hendersonville, Tennessee.  Messer brought five-fish to the scales weighing in at 17.15-pounds with a kicker fish of 4.84-pounds.  For his victory, he took home a check of $5000.

“I fished real slow, I caught all of my fish on a magnum shaky head with a magnum trick worm. I caught one big one on a ¾ oz. football head jig. My K9 fishing line was a very important tool for me today as it helped me detect very subtle bites,” said Messer. 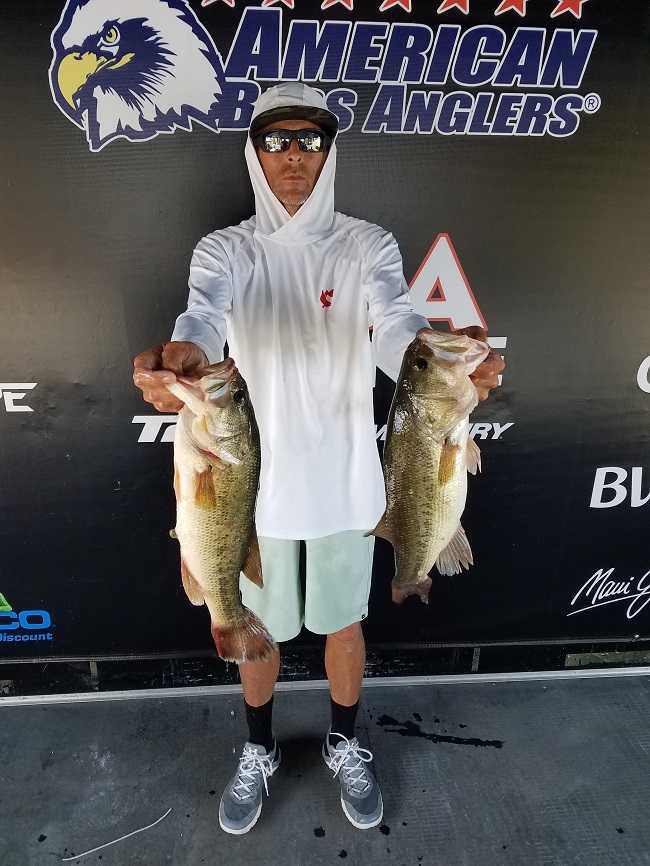 Coming in second place on the boater side was Jonathan Newman of Hendersonville, Tennessee weighing in five-fish for a total of 15.63-pounds. Newman took home a check for $800 for his efforts.

“I basically started the day fishing deep using deep diving crankbaits, I caught a lot of striped bass with some largemouth bass mixed in and when that bite slowed down I started throwing a jig targeting structure and brush piles to fill out the rest of my limit,” said Newman. 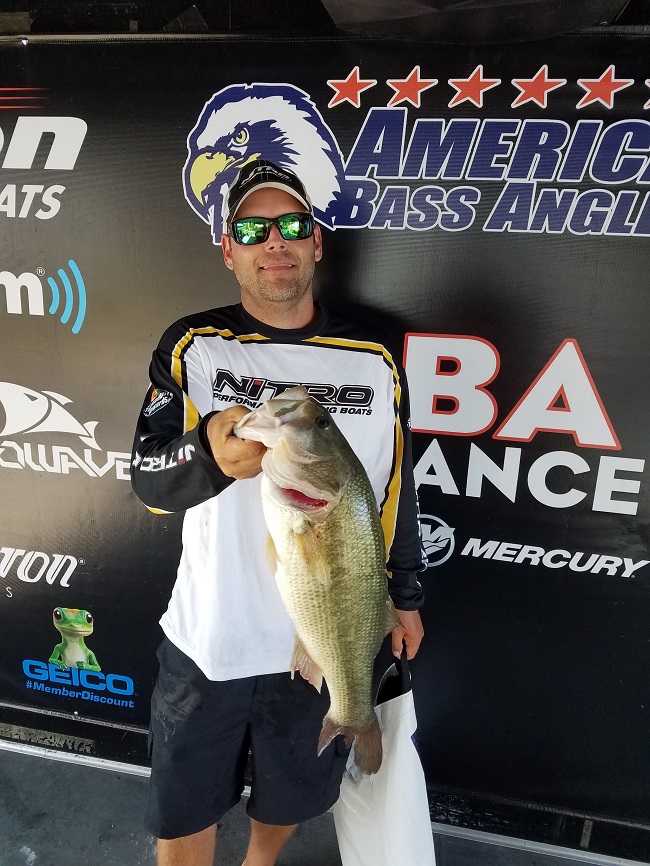 Daniel Johnson of Lebanon, Tennessee finished third for the boaters weighing in 15.48-pounds with a kicker fish weighing 5.17-pounds.  Johnson took home a check of $600 for his efforts. “I made a run 40 miles up the river, flipping all day.  I had about 9 keepers throughout the day, fishing the current and isolated wood,” said Johnson.

Finishing fourth place was Conoly Brown of Brentwood, Tennessee brought a five-bass limit to the scales for 15.41-pounds.  Rounding out the top five was Matt Stanley of Alexandria, Tennessee weighing in five-fish for 14.56-pounds. 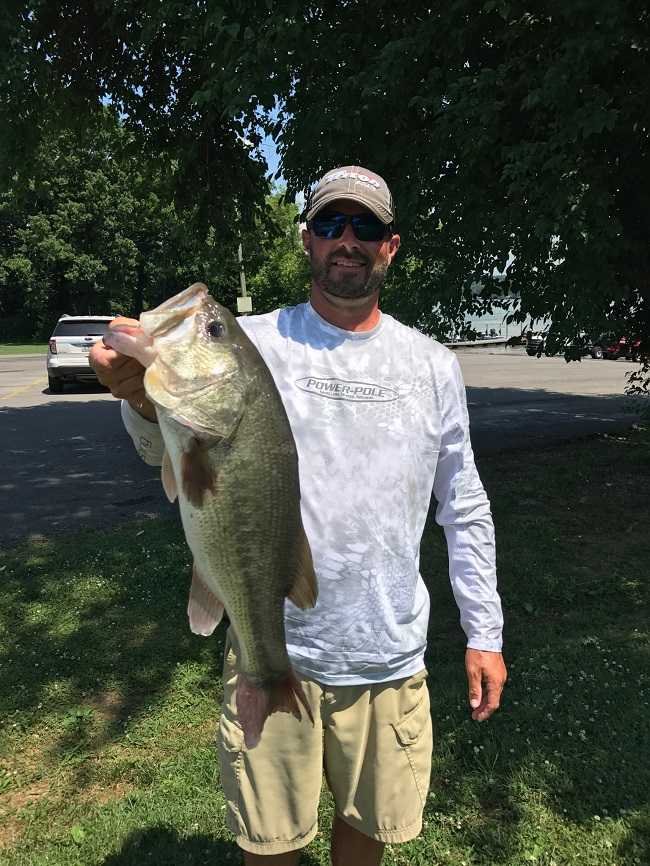 The biggest bass weighed in for the boaters was a 5.19 pounder caught by Corey Steakley of Lebanon, Tennessee.  He took home a check of $500 for his efforts. 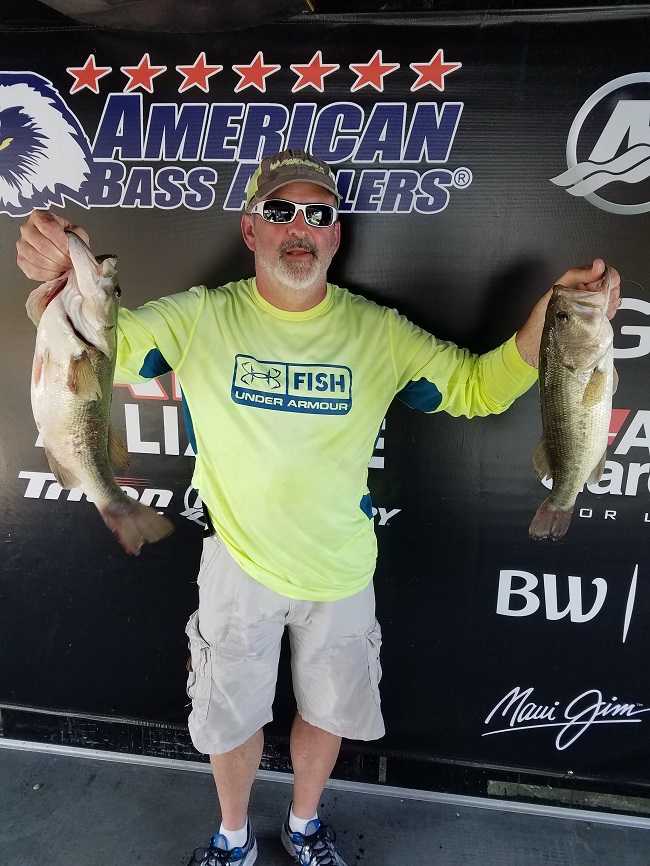 In the Co-AnglerDivision Craig Allen brought three-fish to the scales weighing in at 11.04-pounds.  With a 3.76 pound lead over second place, Allen took home a check of $1000 for his victory.

“I caught a bunch of fish today, about 12 keepers.  Most of my fish came out of about 6-10 feet of water.  I caught them on two different techniques whichwas flipping and on a big worm,” said Allen. 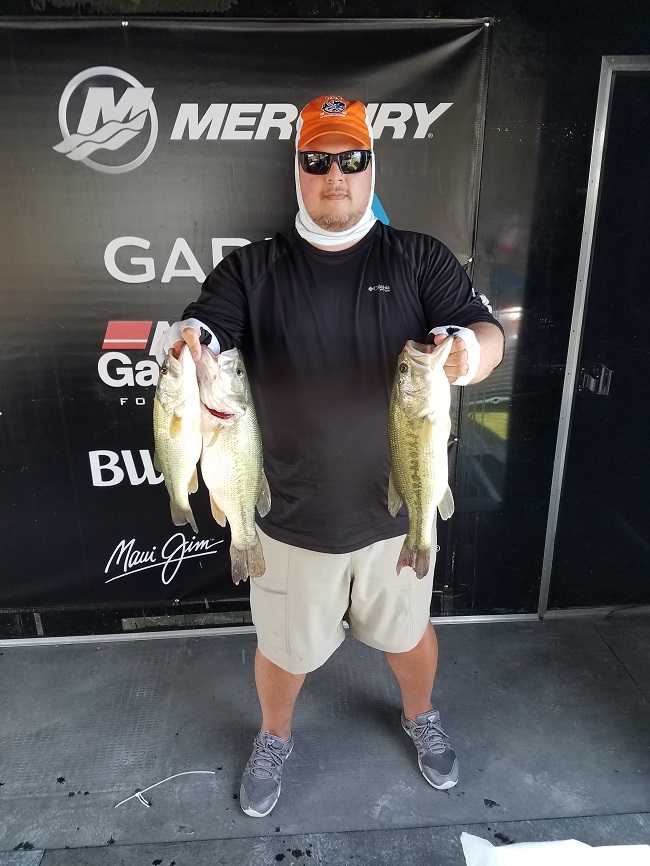 In second place for the co-anglers was Matt Ellis of Arlington, Tennessee bringing three-fish to the scales for 7.28-pounds.  He took home a check for $400 for his efforts.

“It was a pretty tough day, I started off catching my first one off the weed beds on a Texas Rig Z-man TRD.  We then went out and fished ledges the rest of the day.  I caught the rest of them on a 3/8 oz shaky head with a Z-Man TRD,” said Ellis. 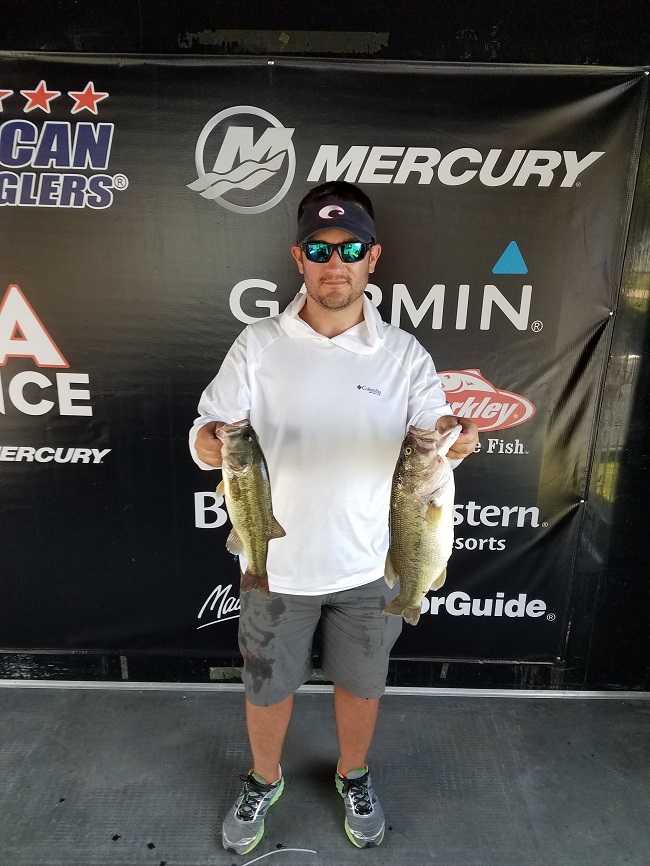 Coming in third place was Jeremy Jones of Gallatin, Tennessee with a three-bass limit weighing 6.83-pounds. Jones took home a check for $300 for his efforts.

“We started early catching our fish deep most of the day catching them on a green pumpkin worm and a Strike King 6XD,” said Jones. 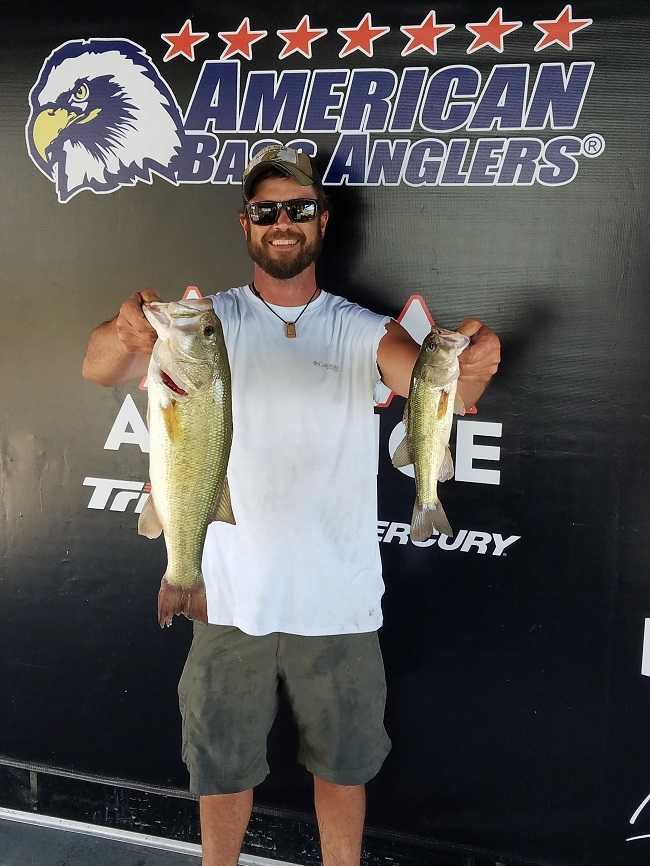 Finishing fourth place was Dane Gamble of Nashville, Tennessee weighing in two-fish for 6.46-pounds that brought in a check for $200. Gamble had a big bass of 5.28-pounds for the largest in the Co-Angler Division, that brought him an additional check for $145.

“I didn’t really catch many keepers, but my big bass was caught on a ledge dragging a Carolina rig with a Zoom brush hog,” said Gamble.  Rounding out the top five of the co-anglers was Joel Trevino of Mt. Juliet, Tennessee weighing in three-fish for 6.41-pounds.

The ABA Open Series Central Tennesse Division’s next tournament will be the two-day championship tournament held on October 13th – 14th on Kentucky Lake out of Paris Landing State Park located in Buchanan, Tennessee.