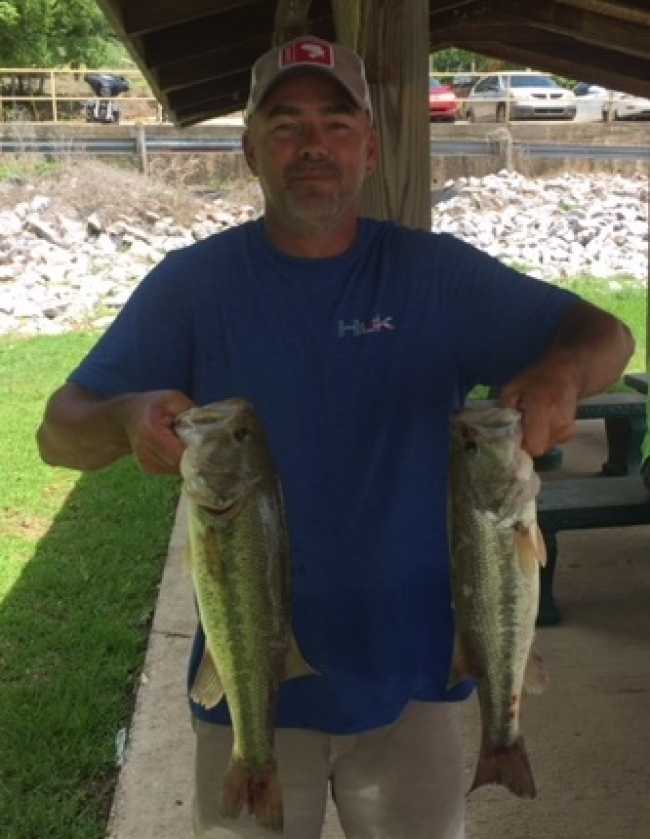 Donald Griffith of Robertsdale, AL takes the Alabama Mobile Division 41 Two-Day Championship win.  Running out of Cliff’s Landing near Bay Minette, AL, Donald brought back a five-fish limit both days for a total weight of 23.68 pounds.  He anchored his catch and sealed his victory with the biggest fish of the tournament, that bass locked in the scales at 3.99 pounds.  Donald also sealed his spot as the Angler of the Year for Alabama-Mobile Division 41, earning his spot to compete in the annual American Bass Anglers AFT Angler of the Year Final Round at this years AFT National Championship to be held on Lake Hartwell in Anderson, SC October 21-26.

Coming in second was Scott Wiley Jr. of Bay Minette, AL with a total weight of 12.93 pounds.

Third was claimed by Larry Foshee of Stockton, AL with a total weight of 8.28 pounds.

This Was the last event of the 2018 season for D41 stay posted for the new schedule.

For information about this division and future events visit www.americanbassanglers.com or contact the local director for Mobile, Alabama, Barry Woodward, at (251)423-0753