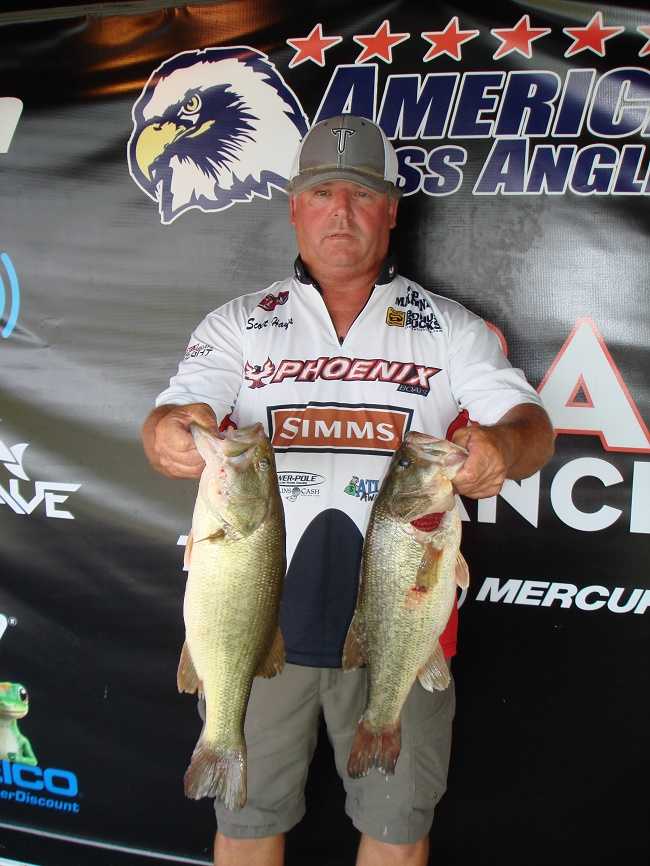 “I started off fishing a may-fly hatch first thing this morning throwing a frog. I caught a limit about 12lbs-13lbs early and then I flipped docks the rest of the day and culled up. It was a good day.” Hayes said. 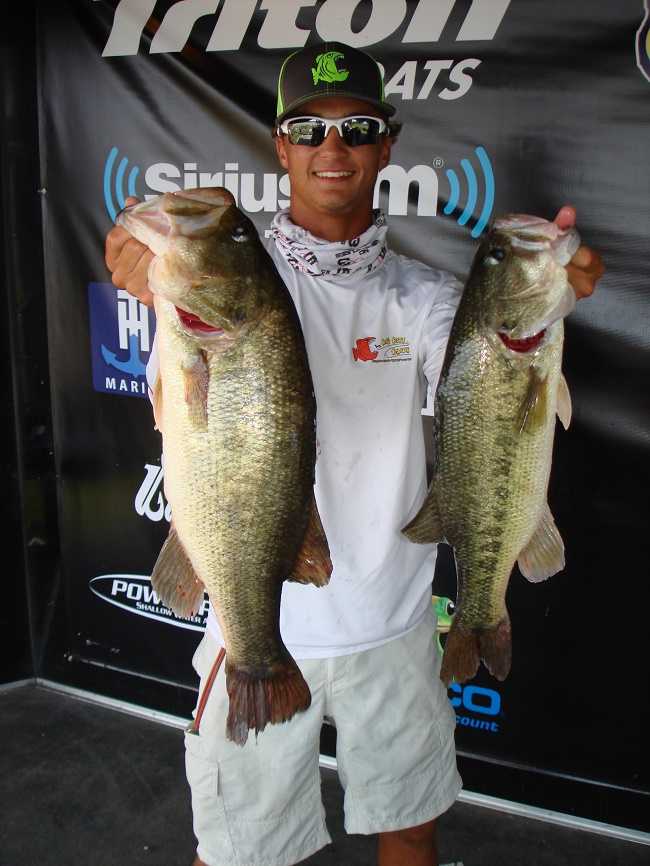 In second for the boaters, Ethan Greene of Eufaula, AL landed a five-bass tournament limit going 16.79 pounds anchored by a 5.89-pound kicker. He collected $1500 for his catch, an additional $770 for the big bass award, and took home an ABU Garcia Revo X reel for the big bass.

“I also caught my fish on a may-fly hatch. I caught all my fish by 8:30am and didn’t get another bite the rest of the day. I had six bites, culled once and that was it.” Greene said.

Carl Hayes of Eatonton, GA finished third for the boaters with five bass going 15.73 pounds. He earned $1000 for his catch.

“I was fishing all over the lake throwing top-water this morning and then bounced around flipping docks the rest of the day.” Hayes said. 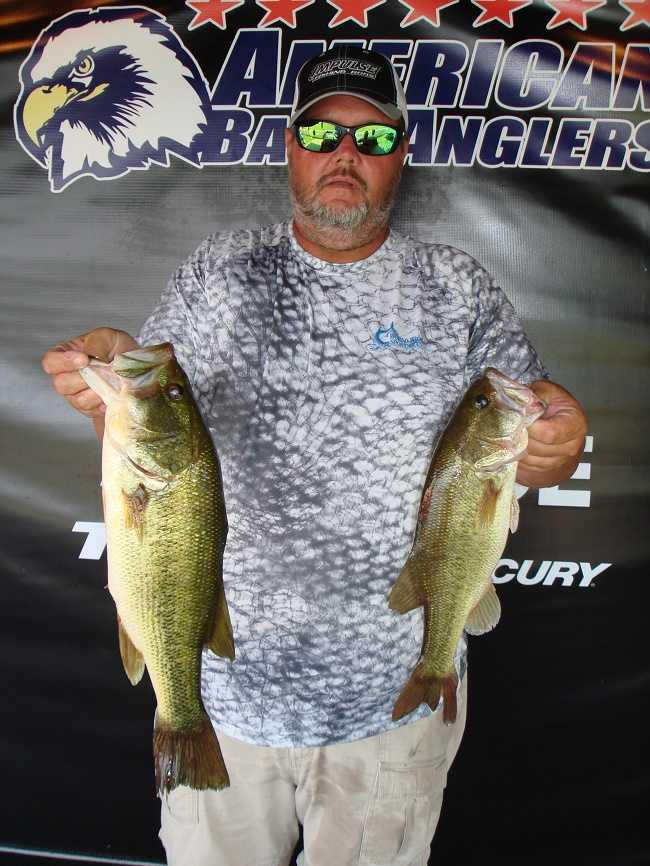 In the Co-Angler Division, Robert Enke of Columbus, GA won with threebass going 8.27 pounds with a 4.10-pound kicker. He pocketed a check for $1400 for his win.

“I caught my fish on a shakey-head today down the lake in clean water. All my fish came off docks today.” Enke said.

Taking second for the co-anglers, Bo Washam of Midland, GA brought in a three-bass division limit weighing 7.61 pounds. He collected $500 for the effort.

“I was fishing a jig around docks today. “ Washam said.

Caden Sconyers of Climax, GA placed third among the co-anglers with threebass going 6.69 pounds. He earned $350 for his catch.

“I caught all my fish on top-water this morning and then the bite just stopped after that. I was throwing a popper today. I lost one fish that would have helped me cull up about a pound.” Sconyers said. 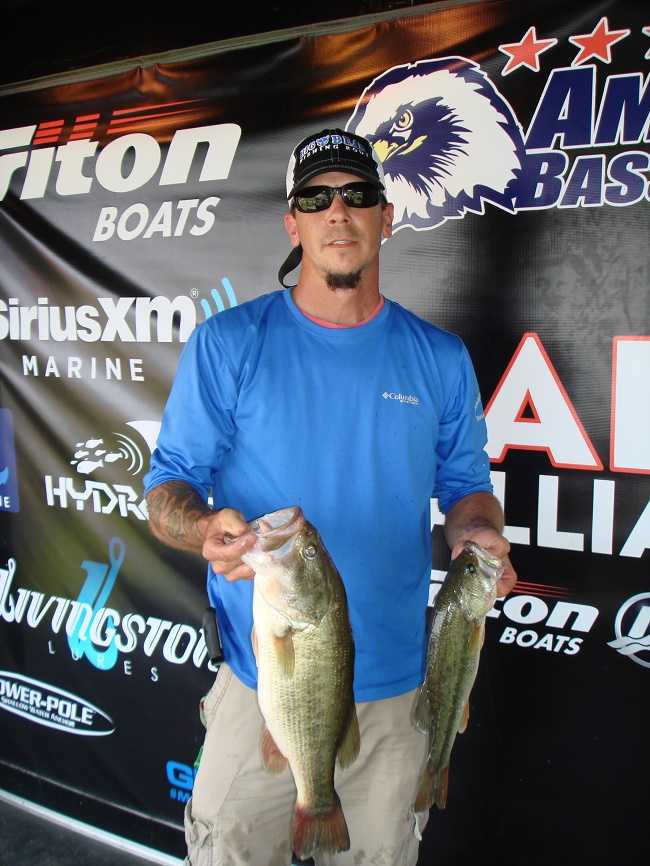 The co-angler big bass award went to Robert Barker of Monticello, GA with a big bass that weighed 4.43 pounds. He collected $225 for that big bass.

“I caught that big bass first thing this morning probably on my third cast throwing a prop-bait over bream beds. I caught about fifteen fish but only two keepers. “ Barker said.

In fourth place among the co-anglers, Jeffrey Payne of Danville, GA brought in three bass for 6.64 pounds. Matthew Mullins of Dallas, GA finished in fifth place with three bass at 6.37 pounds.