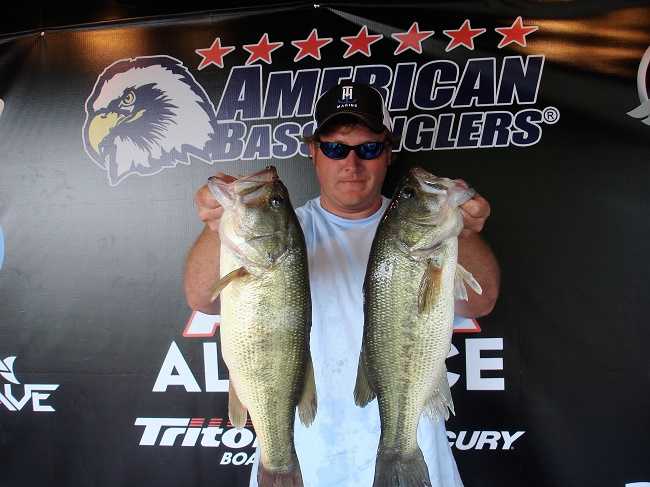 “I was flipping shallow,” cover said Williams. “I caught my two biggest bass on dog fennel and the rest flipping docks and isolated wood. I figure I caught around 35 bass today. I have Sirius XM radio in my boat and I always have it on when I’m fishing.”

In second for the boaters, Maurice Freeze of Concord North Carolina landed a five-bass limit weighing 21.19 pounds. He took home a check for $1000.00 for the effort.

“I found a 100-yard stretch of bank in practice that was holding fish. I was able to cull up four times today. I caught my fish today on topwater and a jig,” said Freeze.

Robert Walser of Lexington, North Carolina, placed third with a five-bass limit weighing 19.64 pounds. He took home a check for $650.00 for his catch.

“The conditions changed from yesterday. I caught some fish shallow early but moved out a little deeper later on. I caught my fish on a jig today,” said Walser.

Richard Bradford of Hoffman, North Carolina took the boater big bass honors with a bass that weighed in at 5.55 pounds. Bradford collected $520.00 for the bass. 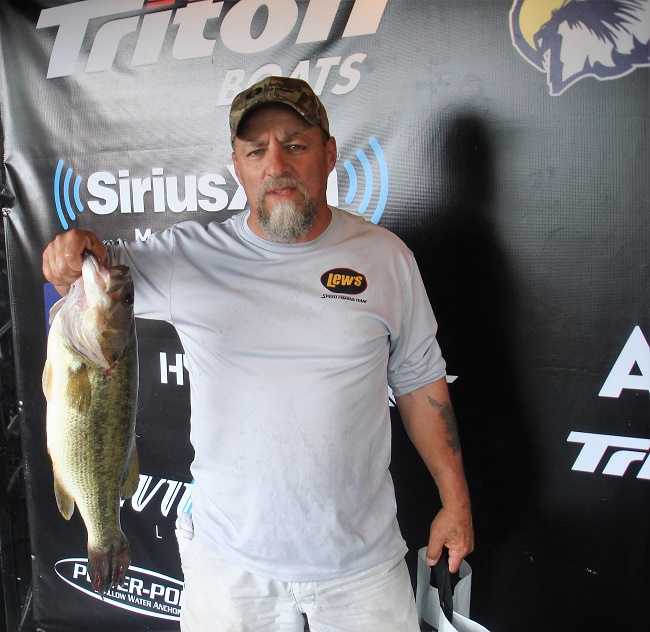 In the co-angler division Steve Reynolds of Concord, North Carolina weighed in at three-bass limit weighing 12.40 pounds, anchored by a bass that weighed 6.40 pounds. Reynolds took home a check for $1500.00 for the win and an additional $215.00 for weighing in the largest bass weighed in by a co-angler.

“I want to thank my boater Brian File for getting me around the fish. I caught the big bass with five minutes left on a shakyhead. The remainder of my catch came on a Zoom Ol monster worm,” said Reynolds.

Taking second for the co-anglers, Robert Green of Sedalia, North Carolina, weighed in a three-bass co-angler limit weighing 12.16 pounds. He anchored his catch with a bass that weighed in at 6.04 pounds.

“I caught probably 20 fish today. I used a variety of baits but the three I weighed in was caught on a Carolina rig,” said Green.

Austin Wike of Salisbury, North Carolina placed third with a three-bass limit weighing 10.89 pounds. He earned $400.00 for the effort.

Slated for June 30th the next North Carolina division event will be held on Lake Hickory, running out of the Wittenburg Wildlife access located at 89 Wildlife Access Road Hickory, NC 28601.