Mason and Walker take the win on Wheeler Lake 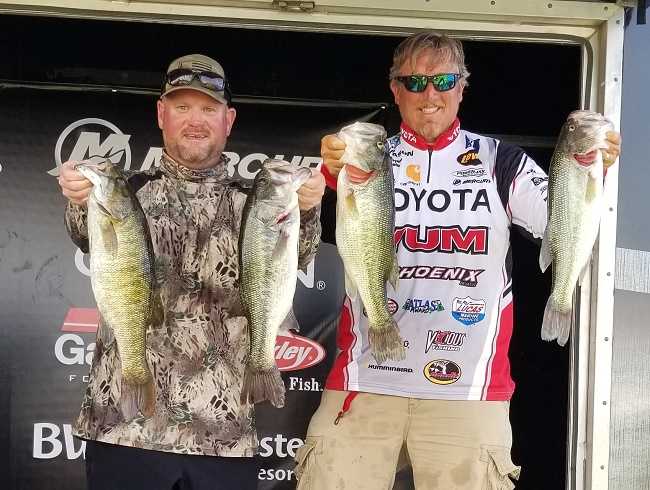 Sunday, May 20, 2018 was a great day of fishing for the ABA Triton 100% Plus Team Tour event that launched from Ingalls Harbor on Wheeler Lake located in Decatur, Alabama.  Fifty-three teams went to battle for a chance win the 2018 Triton 17TX powered by a 60HP Mercury four-stroke with Garmin Echo-map plus 93SV valued at $20,000. Jimmy Mason of Rogersville, Alabama and Lance Walker of Counce, Tennessee took the victory of weighing in 5 fish for a total weight of 18.87lbs. The team also earned a check of $900 for taking 1st place in the High Stakes Option Pot.

“We fished deep all day, we caught most of our fish cranking either DD12 or fat free shad with the boat sitting anywhere from 20 to 25 ft of water and making our cast into about 10 ft of water. We caught a couple on a Carolina Rig using a YUM Christie Critter and we were able to cull those fish early in the day but most of our fish came by using crankbaits. We covered a lot of water with crankbaits color of choice was foxy shad and citrus shad. The ledge bite is starting to turn on, on Wheeler Lake,” said Mason.

Second place team William David and Tim Cummings brought 5 fish to the scales weighing 16.81lbs.  They earned a check for $2000.00 for their catch as well as 2nd place in the HSOP for an additional $550.00.

“We caught most of our fish throwing deep crankbaits on ledges, and also caught several other fish on a big worm and a ¾ oz.jig,” stated Cummings. 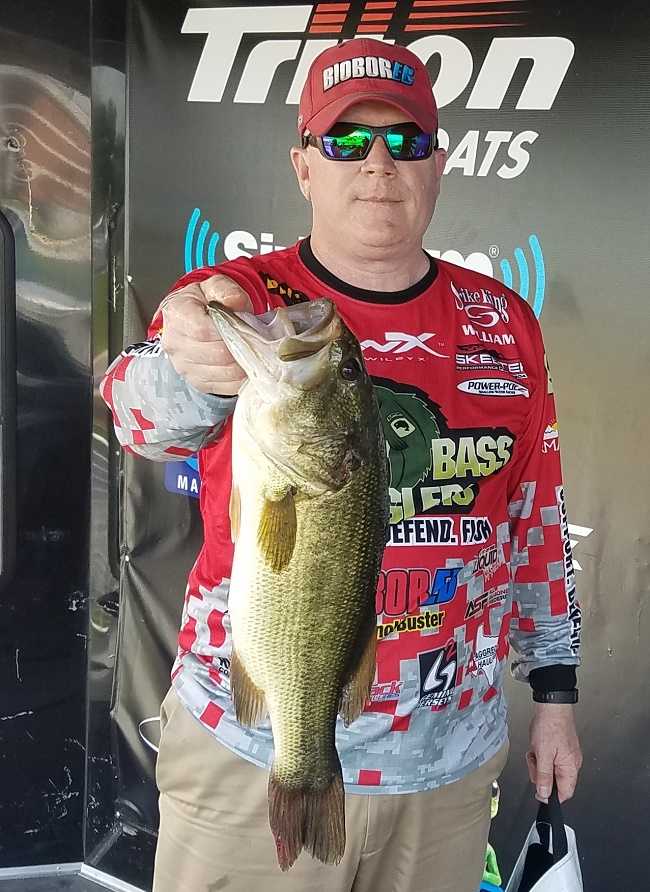 The team that was awarded the over-all big fish was William Tager and Jerry Nydam bringing a beautiful bass weighing 4.62lbs to the scales. They earned a check for $420.00 for their catch.

The next Alabama Triton Plus 100% Team Tour Tournament is July 1, 2018 on Weiss Lake going out of Little River Marina in Cedar Bluff, Alabama.