Kameron Harbin gets the win on Clarks Hill Lake 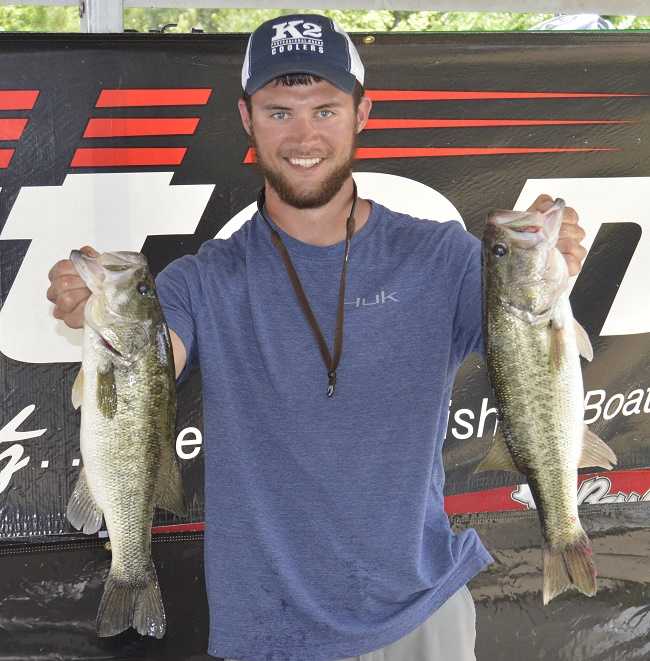 There were 25 anglers fishing this Division 96 1-day qualifier tournament out of the Dorn Facility near McCormick, SC.  First place, Kameron Harbin had the Level Performance Rod Big Sack with 5 fish weighing 15.20 pounds for the win. Kameron fished the lower part of the lake early catching fish on the top water herring bite. He then traveled to the upper part of the lake and finished the day catching fish on frogs. The payback for first place and first place option earned Kameron $740 with the first-place trophy.

Phillip Anderson was second with 5 fish weighing 14.01 pounds. He caught all his fish on frogs on the upper part of the lake. He also had the ALX Rod Big Fish of the tournament at 5.81 pounds. Phillip took home the second-place trophy and Big Fish trophy. He earned $590 for second place, second place option and big fish.

Shane Abbott took third place with 5 fish weighing 12.87 pounds. Shane caught fish early on the lower part of the lake on the top water herring bite. He also caught one fish that he weighed in on a frog from the upper part of the lake later in the day. Shane won third place trophy and $130.
Fourth place was Chad Brounkowski with 5 fish weighing 12.49 pounds. Chad won $101 for his fourth-place finish.

The next tournament for Division 96 is the division 2-Day and will be on Lake Greenwood out of Greenwood State Park near Ninety Six, SC on June 2 & 3, 2018.