Weir Takes It Home on Grand 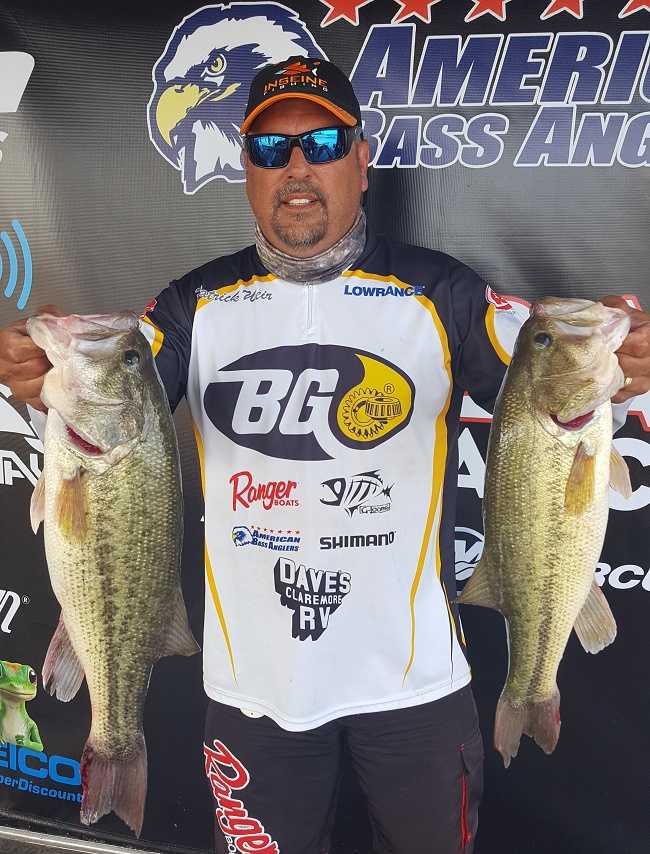 ATHENS, Ala. – Patrick Weir of Broken Arrow, OK won the American Bass Anglers Open Series Oklahoma Division, held May 12th on Grand Lake. Launching from Wolf Creek Park in Grove, OK the anglers went out for the day with steady but brisk winds that stayed around all day long.  Clear skies with no rain made for a dry day for the anglers when they came back to the launch for weigh-in at 3 pm. Of the nearly 100 participants, almost every angler brought in fish to the scales.

Patrick Weir almost hit the 19 lb mark by catching a strong five-fish limit weighing 18.93 lbs with a 5.52 lb kicker to take the leader’s spot on the boater side.  Weir earned a check for $5000 for the boater division victory and took over the lead on the point standings for the division with only one event left before the area championship later this year.

“I caught everything on senko and weightless baits, nothing topwater, just transition baits,” said Weir. “I caught at least 20 fish today, most of them keepers. I culled about six times after making a long run to my point. Ended up just being an awesome day on the water.”

In second place on the boater side, Michael Bennett of Mustang, OK brought in a five-bass limit weighing a total of 17.62 lbs. His bag was anchored down with a larger bass of 5.22 lbs. He took home a check for $1050.

“I caught everything I got with a chatter bait and stayed mainly inside Wolf Creek,” said Bennett. “I left about 2:30 and went up river, found some spots up there, but I didn’t really catch anything. I’ve always heard that you don’t leave fish to find fish, so I came back and caught two five-pounders. I culled twice more after catching those five-pounders, and that’s what ended my day.”

Kevin Apple of Broken Arrow, OK ended the day in 3rd place for the boaters with a limit of five fish weighing 16.49 lbs.  Apple collected a check for $800.

“This late in the year, and I was still bed fishing today. I ended up having a dead fish that I couldn’t cull anything out with, and I was pretty well maxed for the day. The wind made it a little tough to see, but I stayed on it all day long,” said Apple.

Don Turner out of Wagoner, OK brought in the largest bass for the boaters, and in fact the largest overall. His big bass weighed in a 5.54 lbs. and earned Turner a check of $590 for that single fish. 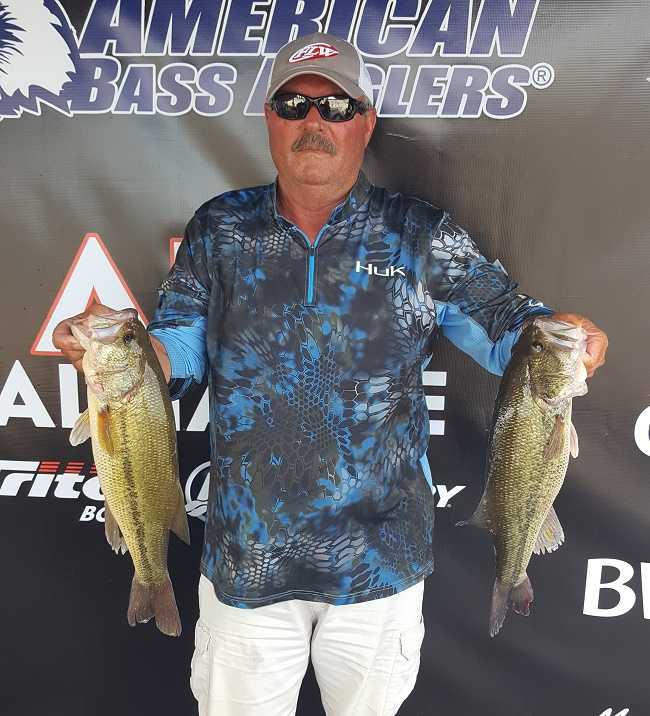 The co-angler side of the house ran a tight race between 1st and 2nd to decide who took home the winning bragging rights. In the end, Mitch Baskett, out of Crowder, OK, took home first with a 3-fish limit weighing in at 9.83 lbs. Baskett took home a check for $1200 for his win.

“I have to give all the credit to my boater, Don Turner,” said Baskett. “He put me on the fish so that all I had to do was jerk back. I only culled one time and had my full limit by 10:30 this morning. My biggest fish came to me later on around 2:3 a m. Overall, not too bad.”

Coming in second for the co-anglers out of that tight race is Dick Hindman of Supulpa, OK. Hindman brought his 3-fish bag to the scales with a total weight of 9.65 lbs. His second-place mark provided him a check of $400.

“I had a good day and a good partner,” stated Hindman. “He was on fish. I had a limit pretty fast, just couldn’t get any size to increase my weight. I had my current limit in the bag by 10 am. Everything we fished was within 5 miles of the launch, so we didn’t have to go far, mostly staying in one big cove. It was a good day.”

Al Longoria of Pottsboro, TX placed third among the co-anglers with 3 fish for a total weight of 8.52 lbs to earn a check for $350.

“I just started out slow. My boater was really great, and I just stayed positive,” stated Longoria. “They started turning on for me around 11 am. I culled twice, and I caught everything using a crank bait.”

In fourth place for the co-anglers, Zac Oliver of Checotah, OK had 3 fish for 8.00 lbs even. Kevin Tye of Watts, OK finished cleanly in 5th place and brought in a limit for 7.68 lbs.

Slated for June 18th, the next divisional tournament for Oklahoma will be held on Ft. Gibson, launching from Taylor’s Ferry North.  At the end of the season, the best anglers from across the nation advance to the 2019 Ray Scott Championship, slated for the first week of April 2019 on Lake Eufaula, AL.