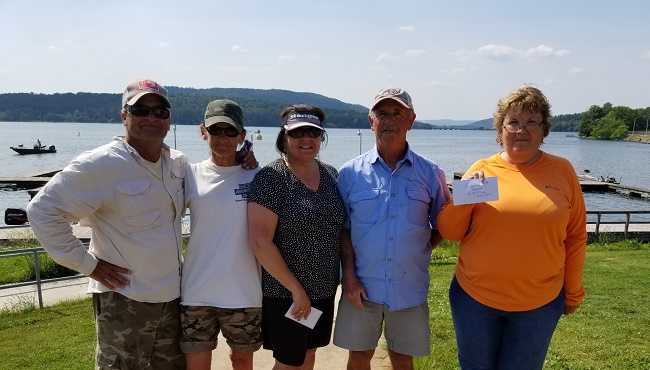 Ken and Pam from Scottsboro, Alabama won the Couples Tour Alabama North event held Saturday May 12th, 2018 on Lake Guntersville.  Seven teams competed, and every team caught a five fish limit.  The Draskovics weighed in 14.52 lbs for the win.  Scott and Marylin Dalton claimed second place with a limit weighing 13.18 pounds.  Scott claimed a defective new net resulted in a lost fish that would have helped their cause.   Ladies Big bass pot was won by Joyce Cooper with a 2.66 lb largemouth.  Ken won the men’s big bass with his 3.66 pounder.  Bass were caught using  Swimbaits, Crankbaits and Texas rigged creature Baits. The temperature soared up to 91 degrees. 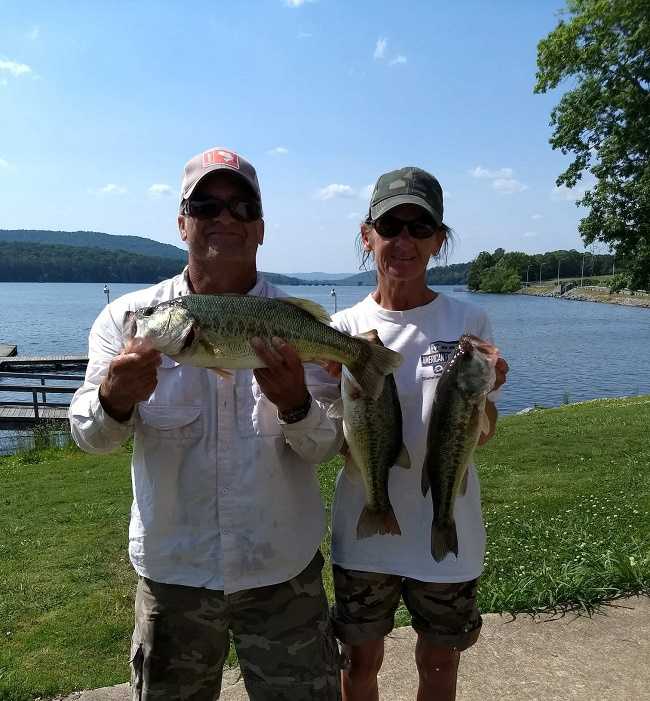 Next Divisional Tournament: This division’s next tournament will be back to back weekends on Lake Guntersville the 16th and 23rd of June 2018 out of Goosepond.

ABA American Couples Series events involve a team format with each team composed of one man and one woman.  Contestants between the ages of 14 and 16 years old may participate with a parent’s written permission.