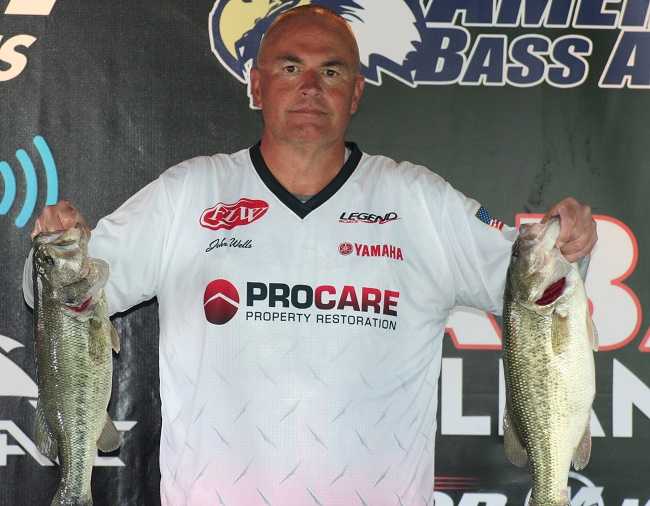 John Wells of Nashville, Tennessee won the American Bass Anglers Open held on Old Hickory Saturday May 5th, 2018. Running out of Sanders Ferry Park the forecast was heavy rain all day but that didn’t stop Wells from dropping 13.92 pounds on the scales to claim the victory and earning a check for $5,000.

“I caught most of my fish on a shaky head in 5 – 11 feet of water fishing around rock and getting a few bites on a spinnerbait in the grass while fishing the lower end of the lake,” said Wells.

Coming in second place was Daniel Crockett from Old Hickory, Tennessee. He brought 5 fish to the scales weighing in at 13.50 pounds which was enough to earn a check for $700 bucks.

“It was just a slow day I caught about 10 fish all day with 5 being keepers. I threw just about everything, but the most fish came on a jig,” stated Crockett.

“Well it was nothing great I just put my head down and went to work with a flipping stick covering a lot of water and found some in the grass and the others around wood and was fortunate to get a few bites,” stated Silverstrim.

Rounding out the top five was Josh Tramel with 12.14 pounds earning a check for $300. 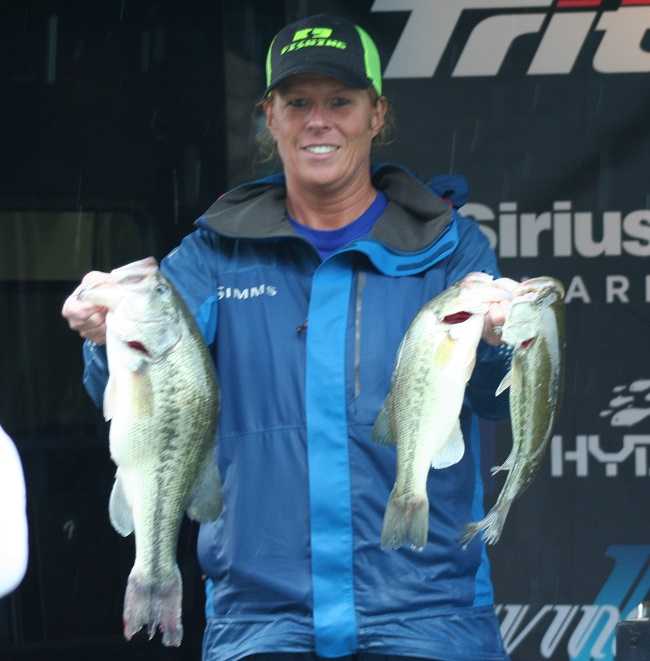 On the Co-Angler side Dianna Montgomery of Lebanon Tennessee takes home the victory weighing in 8.21 pounds with a 4.80-pound kicker earning a check worth $1030.

“I was Flipping soft plastics around grass and wood. I caught all my fish on the same bait,” stated Montgomery.

Finishing second was Joel Trevino of Mt. Juliet Tennessee bringing 3 fish to the scales for a total of 7.03 pounds with his big fish weighing 3.90 pounds. He earned a check for $400 for his efforts.

“I caught all my fish flipping grass with a Berkleychiggar Craw in Green pumpkin color with chartreuse legs,” stated Trevino.

Coming in 3rd was Jeff Wheeley of Lafayette, Tennessee weighing in 3 fish for a total weight of 6.74 pounds earning a check for $300.

“Basically, we caught our fish shallow in the grass pretty much with a spinnerbait and jerk bait.  We also were swimming a jig through the grass,” stated Wheeley.

The next American Bass Angler Open for the Tennessee central division will be June 6th2018 launching from Sanders Ferry Park this will be the final regular season tournament to qualify for the two-day Area Championship which will be held on Kentucky Lake October 13-14, 2018 launching out of Paris Landing State Park.