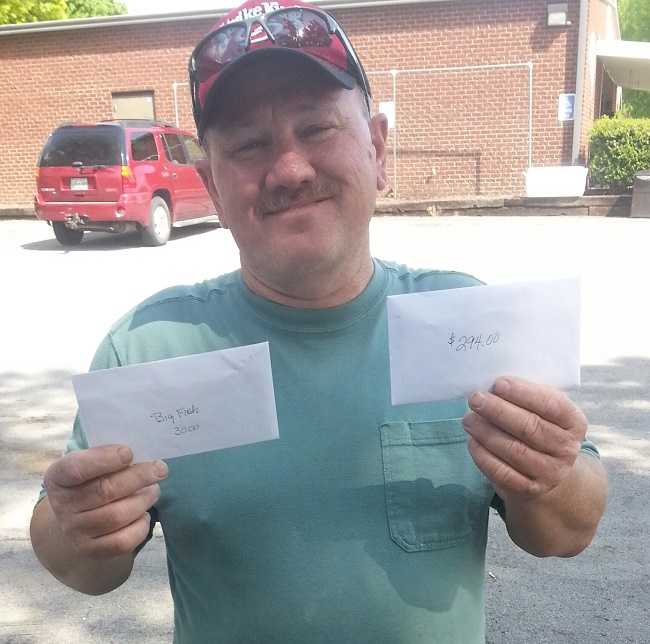 ATHENS, Ala. – Justin Odom won the American Fishing Tour, presented by American Bass Anglers. Central Tenn. Division 31 tournament, held 05/06/2018 on Old Hickory Lake. With the tournament running out of Bull Creek Ramp near Gallatin TN. The Franklin, TN. angler caught two-bass weighting 4.35 Lbs. For the victory, Justin took home a check for $294.00. Justin also had Big fish weighing 3.10 Lbs. picking him up an extra $30.00. In second amongst the competitors, Glenn Foss from Cornersville,TN. caught 1 bass weighing 1.65 Lbs. It was a tough day on the water for all angler's. Thanks to each ABA member that showed up this day.

The next event in this division is May 20th, 2018 on Old Hickory Lake. Launching from Bull Creek ramp in Gallatin Tn.

For more info on this event or division call local director Fred Needham at (615)-323-7057 or visit www.americanbassanglers.com
These anglers accrued valuable points toward the divisional angler of the year title. The points champion from each division will compete in the annual American Bass Anglers AFT Angler of The Year Final Round Fish-Off. In addition, the top 500 anglers from the various divisions will earn the right to compete in the three-day ABA, AFT National Championship tournament. For more information, call ABA at (888) 203-6222.On line, see www.americanbassanglers.com.