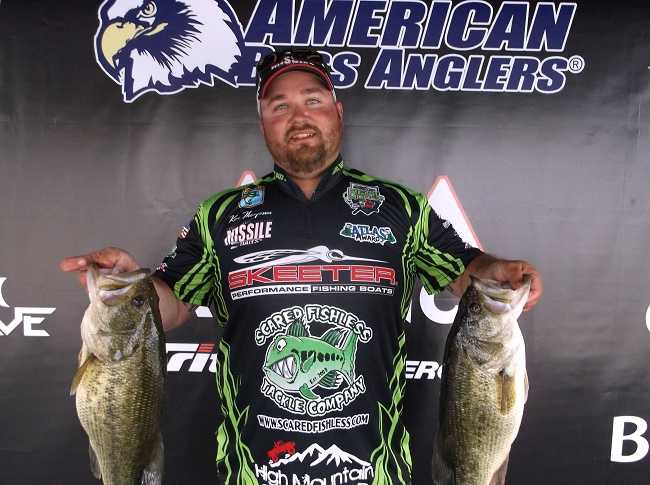 “I threw a swim jig all day,” Thompson said. “I fished a 200 yard stretch of grass that normally you would move away from. I threw a 3/8 oz. black swim jig and the bites kept coming.  I probably threw back 19 lbs.

In second for the boaters, Duane Essick of Townsend, Delaware landed a five-bass tournament limit going 25.03 pounds with a 5.92-pound kicker. He collected $1000 for the effort.

“I tried a jig, and a net rig with no luck,” Essick said. “Finally, I picked up a shaky head and went to docks. I used an 1/8 oz shaky head with a green pumpkin worm.

Joe Thompson of Coatesville, Pa took third for the boaters with five bass going 22.85 pounds. He anchored his catch with a 5.96-pound kicker to earn $650.

Finishing fourth, Travis Manson of Conshohocken, PA landed a five-bass limit for 21.78 pounds including a 6.44-pound kicker. Greg DiPalma of Millville, NJ rounded out the top five boaters with five bass at 19.37 pounds topped by a 4.19-pound kicker.

The biggest bass for the boaters was caught by: Michael A. Phillips of Clayton, DE that weighed 7.04 lbs. and Michael pocketed $550. 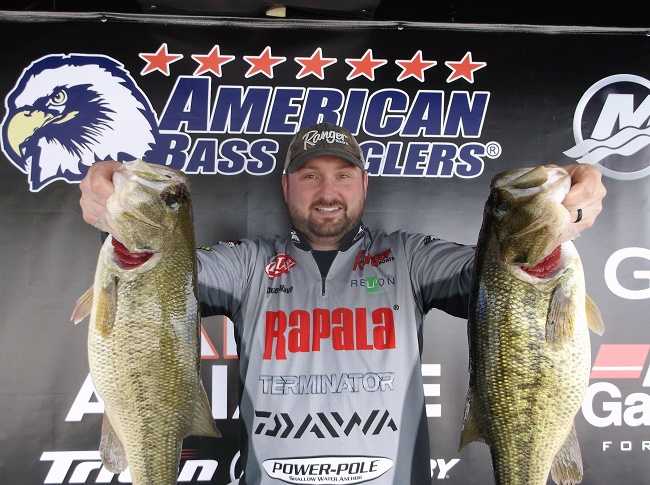 In the Co-Angler Division, Duke Nave of Oxford, PA won with a three bass limit going 15.94 pounds. He sealed his victory with a 5.44-pound kicker, which was the big bass for the Co-Anglers. Total he pocketed a check for $1400 for the win and $240 for the big bass.

“I just sold my boat if I knew that’s what I had do to win I would have sold it a long time ago. This is the first tournament from the back of the boat,” Nave said. “Thanks, has to go to John Vanore my boater, we fished real slow and that was the trick.”

Taking second for the co-anglers, David Lewis of Townsend, DE brought in a three bass division limit weighing 14.17 pounds including a 5.42-pound kicker. He collected $500 for the effort.

“I threw a shaky head in green pumpkin. Also, a little bit of crank bait action too,” Lewis said.

Michael Duarte of Middle River, MD placed third among the co-anglers with three bass going 12.93 pounds. He anchored his catch with a 4.38-pound kicker to earn $350.Duarte was not available for comment

In fourth place among the co-anglers, Andre R. Sturkey of Baltimore, MD brought in three bass for 12.73 pounds including a 5.00-pound kicker. Roland Gittings from Perryville, MD finished in fifth place with three bass at 11.43 pounds topped by a 4.55-pound kicker.

Slated for May 12th, the next divisional tournament will be held on the Potomac River out of Smallwood State park near Marbury,MD.  At the end of the season, the best anglers from across the nation advance to the 2019 Ray Scott Championship, slated for the first week of April 2019 on Lake Eufaula, AL.