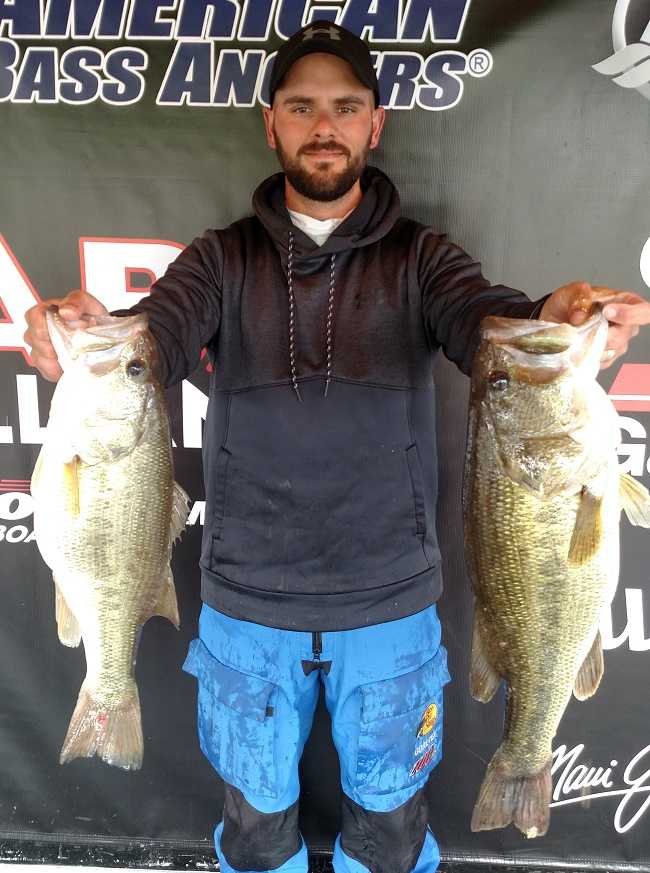 ATHENS, Ala. – Terry Whittington of Laurel, MS won the American Bass Anglers Open Series Mississippi Division, held May 5th on Ross Barnett Reservoir. Running out of Tommy’s Trading Post with slightly overcast skies and a mild breeze at takeoff, the day gave in to a cloudy rain.  Mild rain, but enough to soak things down and of course, the sun came out at 3 PM for weigh in.  Nevertheless, the shad were spawning, the fish were biting, and it made easy pickings for most of the field.  Over 60 limits were brought to the scales.

Terry Whittington was the only boater to break the 20 lb mark and caught a solid five-fish limit weighing 21.29 lbs with a 5-fish limit and a 6.90 lb kicker to take the top spot on the leaderboard.  Terry earned a check for $5000.00 for the boater division victory, and an additional $680.00 for the Boater division big bass.

“I caught the majority of my fish throwing crankbaits today.  I think I was one of the few throwing them.  We had a great day and I would guess I caught around 25 fish, 10 or 15 were keepers and I did cull a couple times.  I was changing up around 3 different spots throughout the day, but the bite was consistent at all of them on a crank.  My big fish was just under 7 lbs.  Other than a little rain it was a lot of fun.” Said Terry.

In second for the boaters, Ramey Harrell of Brandon, MS brought in a five-bass limit weighing 19.11 lbs.  He collected a check for $1250.

“It started off hot this morning just like it did for the rest of the field.  It just so happened that we got our big bites early and went with it.  We stayed with the same pattern as long as we could and once the sun came up for us it was pretty much over for us.  We were throwing plastics today.  Craw worms, lizards, creature baits and such.” Said Ramey.

Shannon Denson of Brandon, MS finished in 3rd place for the boaters with a limit of five bass weighing 18.99 lbs with his big fish anchoring his bag at 6.20 lbs.  Shannon took home a check for $900.00

“This year I haven’t been able to do anything right.  I didn’t even know where we were going to start when we left out of here this morning.  It was a toss-up between two places and when I made up my mind we had to idle quite a ways.  We started looking around and with this shad spawn going on the fish were just blowing up everywhere, so we stopped short of where I wanted to go and just started fishing.  The first cast was over 3 lbs, the second was 4 lbs, the fish were just everywhere.  My co angler and I had limits by 9 AM.  It was just fun.” Said Shannon 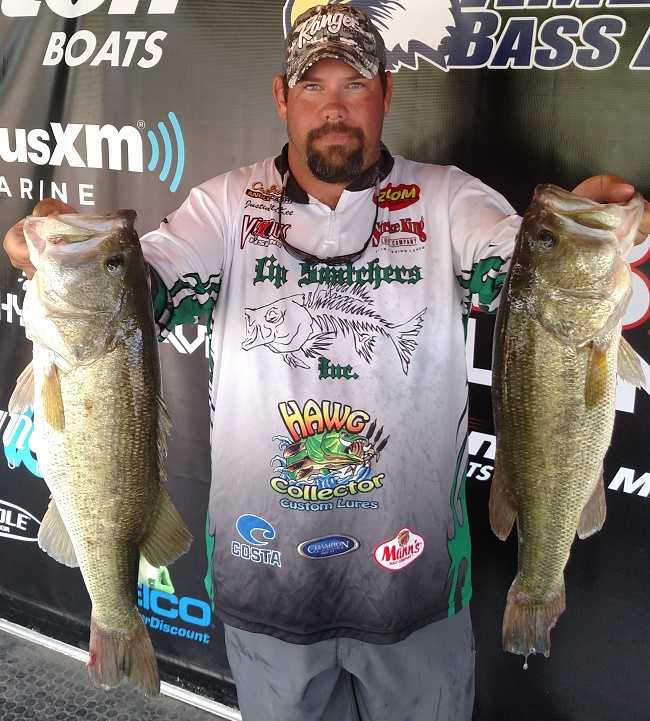 The co-angler division was a stunner.  The largest 3 fish limit for this division to date was brought in by Justin McKee of Pheba, MS.  Shocking the entire field, he had a stellar day and set his bag on the scales settling in at 17.33 lbs!  His performance filled his pocket with a check for $900.00 and co-angler big bass (the largest fish of the tournament) at 7.64 lbs.

“I can’t stop smiling!” Said Justin.  “I caught my big fish this morning before the rain and it was the first keeper I had.”  I asked Justin if there was anything different he did today that may have set him above the rest of the field. He had another fish that was over 6 lbs in his limit. “I was fishing pretty slow.  I wasn’t in a hurry, but I knew the shad were spawning and instead of chasing the reaction bite my presentation was dragging the bottom and I think it made a difference with the bigger bite.  I did cull 4 or 5 times today.” Said Justin.

Taking second for the co-anglers Mike Allen of Crystal Springs, MS had a great bag of 3 fish for 11.82 lbs.  Any day but today this could be a tournament winning bag of fish as all 3 of them were solid keepers earning $400.00.

“As everyone has stated the shad spawn was on early this morning.  I caught my first keeper that went about 4 lbs early.  We had a lot of keepers today.  2 of them were caught on a swim jig and I think my third was on a plastic.  I culled a couple times today.  The bite slowed down a bit through mid-morning but it picked back up later in the day for us.  Other than getting a little wet I had a lot of fun.” Stated Mike

“First off I have to give a shout out to my boater Shannon Denson.  It was a great morning.  I jumped off 5 fish this morning right off the bat, but I caught 12 to 15 fish.  I only managed to cull one time, but I caught a 5 lber right before we came to weigh in.  It was a really good day.” Stated Tracy

In fourth place among the co-anglers, Tommy Wilson Jr of Louin, MS had 3 fish for 9.47 lbs.  Rustin Baudette of Bogalusa, LA stayed consistent finishing in 5th place (4th at the last event) brought in a limit for 9.07 lbs.

Slated for Aug 18th, the next divisional tournament will be held on Lake Pickwick, launching from JP Coleman State Park.  At the end of the season, the best anglers from across the nation advance to the 2019 Ray Scott Championship, slated for the first week of April 2019 on Lake Eufaula, AL.