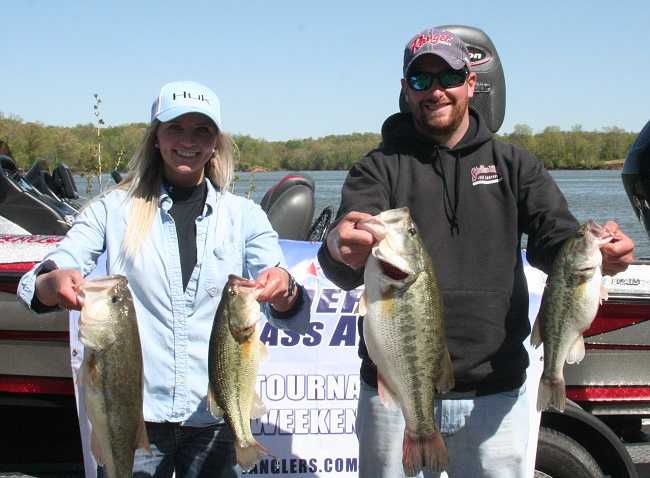 ABA Couples Series on Kentucky Lake had a record day Sunday, April 29th.  We had a record 19 teams competing and the weather was perfect.   The water temperature was in the mid-60s and the air temperature was in the 70s.  Some great fish were caught and we had several new members join, including the day’s winners.  The bite was tough, as the bass were considering going on the beds.  However, nineteen boats weighed in 30 bass for a total of 92.79 pounds, all released alive and well to play another day.  We paid out four places for a total of $1,615, including big bass for both men and ladies.

Newcomers, Mark O’Brien and Allison Sullivan of Carterville, IL, took first place with 4bass weighing 16.02 pounds.  Mark had two 6 pounders and took men’s big bass of the day with one at 6.30 pounds.  Mark and Allison caught their fish flipping jigs in shallow bays.  They took home a total of $720.  That amount included $695 for the win and $95 for men’s big bass. 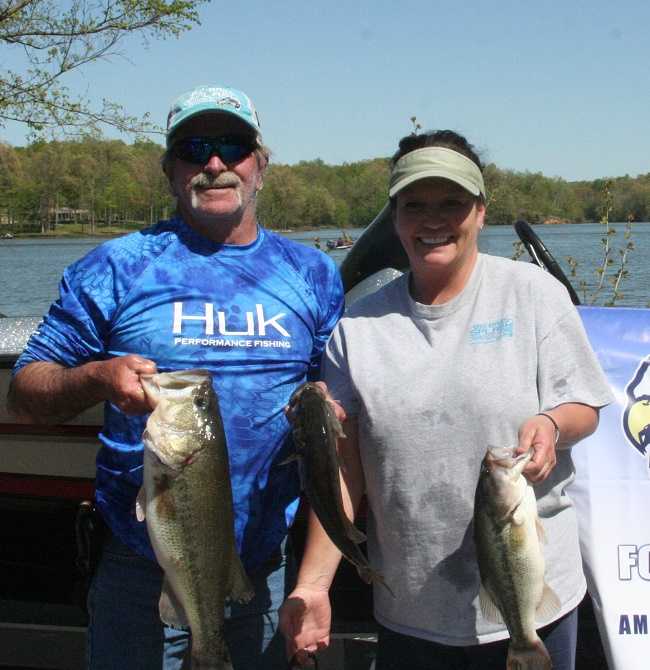 Danny and Dee Baggett took second place with three bass weighing 10.18 pounds. Danny just missed big bass with a 6.06 pounder anchoring his catch.  The Baggetts took home $375 for their effort.  The also caught their fish on jigs in shallow water. 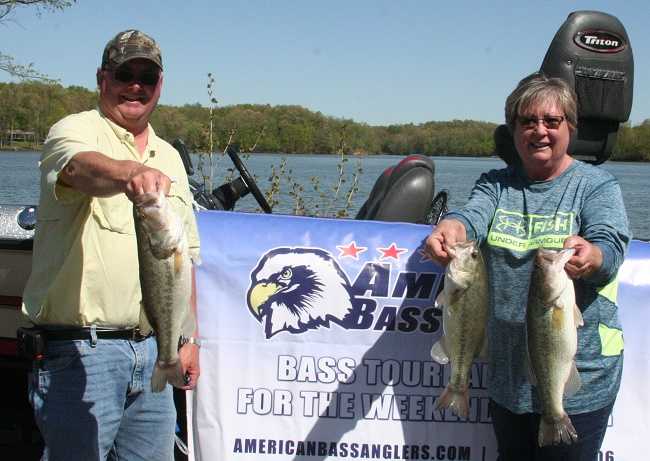 Jay and Shari Holsapple of Kevil, KY came in third with 3 fish topping the scales at 9.34 pounds.  They caught their fish in shallow bays on south Barkley flipping jigs and brush hogs in brush.  They were awarded $250 for the day’s work. 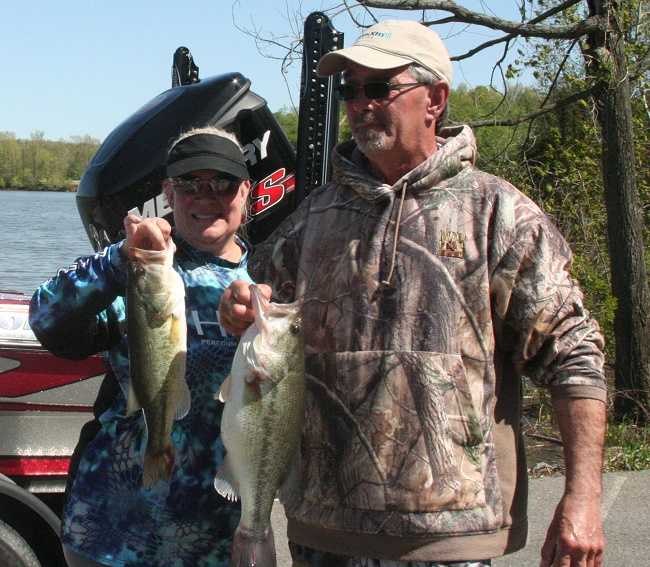 Robert and Cindy Linton, of Cadiz, KY finished fourth with two bass weighing 7.34 pounds.  Again, their fish were from shallow bays, flipping.  The Linton’s pocketed $175 for their undertaking. 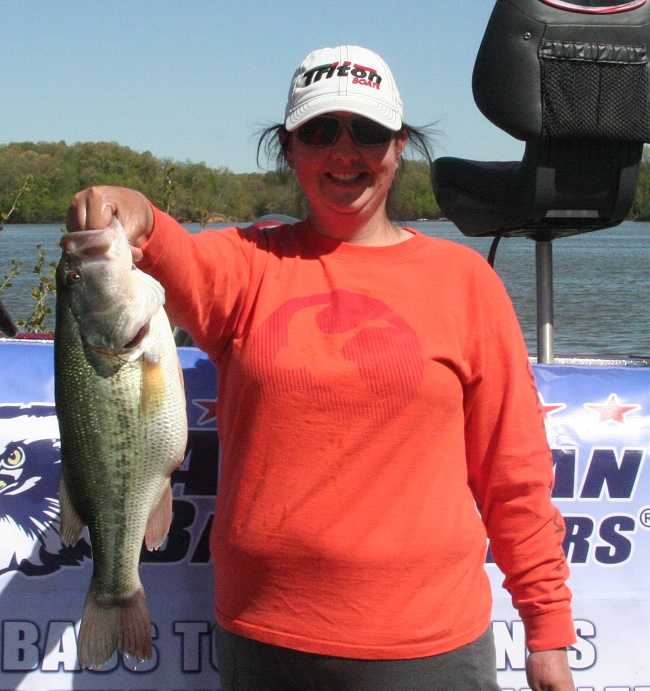 One more payment was made for the day.  Angela Gordon, of Benton, KY had a beautiful4.75 pound largemouth to secure ladies big bass.  Angela was quick to let everyone know that husband Jamie, missed that very fish 3 times before she had to show him the way!  She took home $95 for giving Jamie that lesson.

As we always do, some prizes were awarded by drawing three teams that did not finish in the money.  They each received 100 count packs of soft plastic baits in the drawing.  We will be giving away much more in future tournaments!  We will also grill out some burger/dogs as weather and time permits.

We want to welcome some more new teams to our division; Bret and Missy Steele, Jim and Mary Butler, Wayne and Crystal Holmes, Troy and Tammy Courtney, Reggie and Robyn Gist, and Mark O’Brien and Allison Sullivan.  We appreciate everyone that fishes with us and want to especially extend a warm welcome to our newcomers.  Thank you.

Our next tournament will be held on Kentucky Lake at the Ken Lake State Park Ramp on May 20th.  We will launch at 6:00 AM and weigh-in at 2:00 PM.  We will be at the ramp for boat check and late registrations at 5:00 AM.

All ABA American Couples Series events involve a team format with each team composed of one man and one woman.  Contestants between the ages of 14 and 16 years old may participate with a parent’s written permission.

American Bass Anglers commitment is to provide low cost, close to home tournaments for the weekend angler and at the same time offer each competitor an upward path for individual angler progression.  For more information about American Bass Anglers, the  American Fishing Tour, the  Weekend Bass Series, or the American Couples Series, visit www.abacouples.com