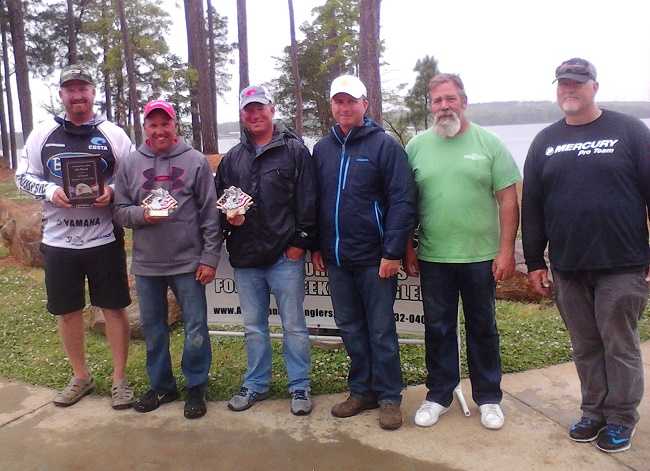 Thirty-six anglers participated in the final AFT D25 One-Day tournament of the 2018 season. The weather started out at 55 degrees with mostly cloudy skies at take off and warmed to around 63 degrees with a light rain by check in time. The bite was off for some but as usual a few guys figure them out and catch them good.

Truett Hill of Laurens, SC finished in 2nd Place with a limit weighing in at 15.48lbs.Truet earned $470 for 2nd Place + 2nd Place in the Option Pot for total earnings of $610.

For more information on this and any upcoming events please contact local director Grover Jones at 252-217-2893 or visit www.americanbassanglers.com