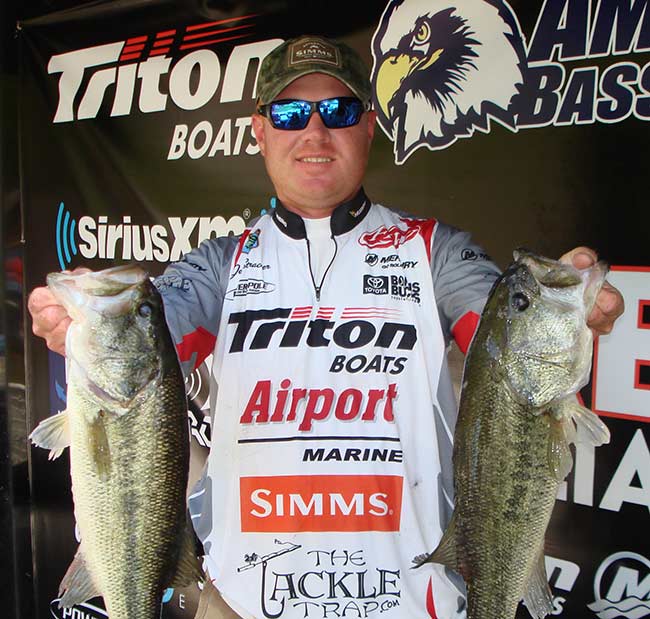 Running out of Wind Creek State Park in Alexander City, AL the Vandiver, AL angler caught five bass weighing 16.91 pounds anchored by a 4.21-pound kicker. For the Boater Division victory, took home a check for $5000 for his win and an additional $7000* for Triton Gold.

“I started fishing the lower end of the lake for about an hour then I ran back about halfway up and caught three on a seawall, one on a dock, and one sight-fishing today. I caught my fish on top-water, on a spinnerbait and a few on a Senko. It was just one of those days. I caught my biggest fish with 30 minutes to go. I want to thank ABA for having these events and to Triton Boats.”  Stracner said.

In second for the boaters, David Gaston of Sylacauga, AL landed a five-bass tournament limit going 15.55 pounds. He collected $1400 for his catch.

“I also started on the lower end of the lake for a few hours and then ran back toward the park. I caught my fish on a frog and a swim-jig over brush-piles and going down banks in the back of pockets.” Gaston said. 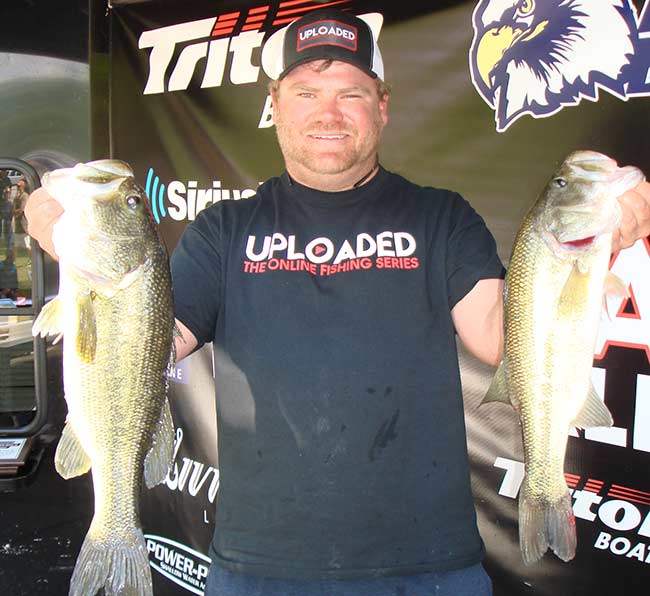 Shaye Baker of Tallassee, AL finished third for the boaters with five bass going 14.12-pounds anchored by a 4.99-pound big bass. He earned $950 for his catch and an additional $680 for the big bass.

“I caught that big bass on the last cast of the day on a special bait that I haven’t used in a few years. I need to buy about 20 more of these baits. “ Baker said. 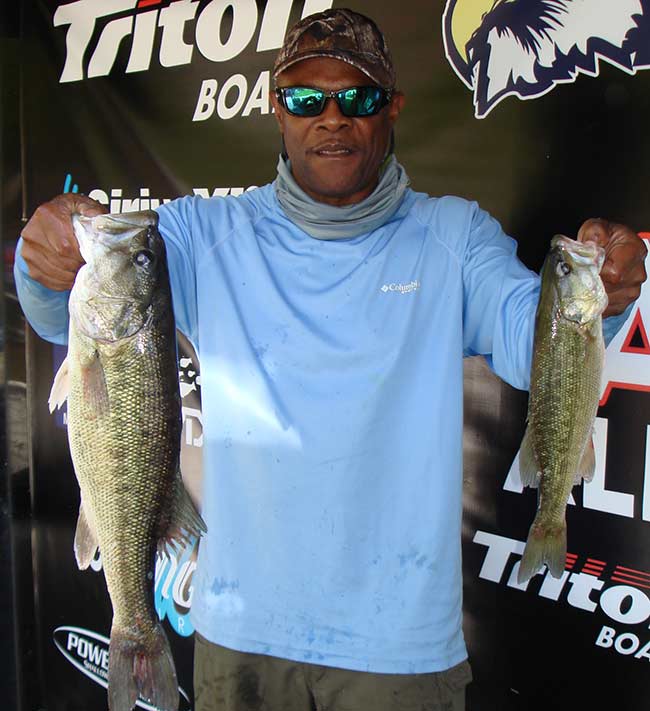 “I caught my fish on a shakey-head around mid-lake fishing points and lay-downs. I lost one this morning about 3-pounds that would have helped me. I would like to thank my boater for a good day today.”  Lewis said.

Taking second for the co-anglers, Sam Fish of Alexander City, AL brought in a three-bass division limit weighing 6.27 pounds. He collected $500 for the effort.

Gary Wientjes of Deatsville, AL placed third among the co-anglers with three bass going 6.24-pounds including a 2.53-pound kicker. He earned $350 for his catch.

“I caught all my fish on a Carolina-rig lizard.” Wientjes said.

In fourth place among the co-anglers, Tommy Henson of Perry, GA brought in three bass for 6.02 pounds. Edmond Brown of Trion, GA finished in fifth place with three bass at 5.76 pounds.

Slated for May 19th, the next tournament will be held on Lake Jordan out of Bonners Landing in Wetumpka, AL. At the end of the season, the best anglers from across the nation advance the 2019 Ray Scott Championship to be held on Lake Eufaula in April 2019.