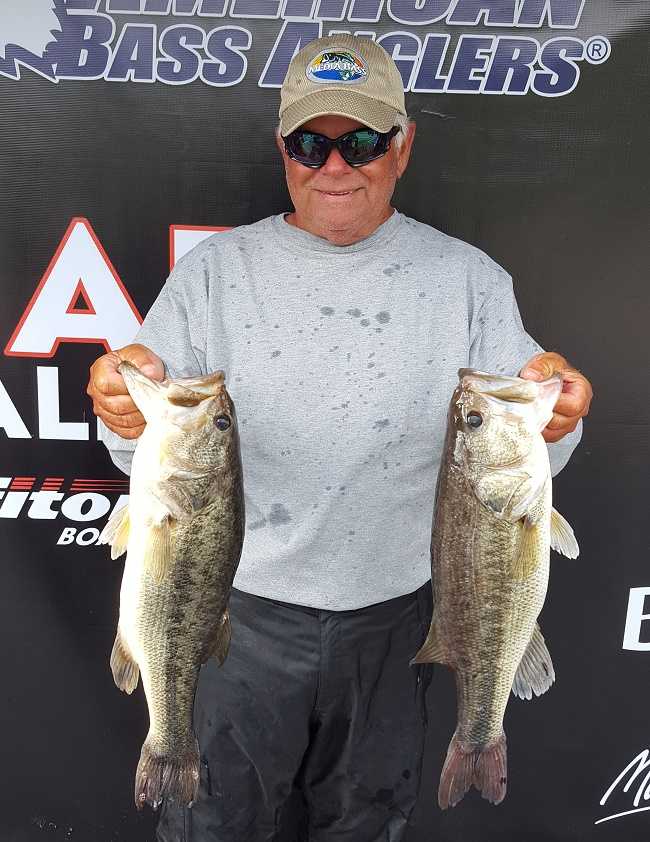 ATHENS, Ala. – Larry Rochelle of Canton, MS won the American Bass Anglers Open Series Mississippi Division, held April 15th on Ross Barnett. Running out of Tommy’s Trading Post and originally scheduled for Saturday, the tournament had been postponed due to severe weather. Gusting winds, heavy rain and tornadoes threatened the area, so the event was postponed, and everyone took cover. The storms turned out to be as bad as forecasted then cleared out of the area to open up the next day for the tournament.  An extreme drop in temperature Sunday morning with post front conditions made it difficult on the anglers but we still had some nice fish brought in.  At the end of the day there were 5 boaters able to break 16 lbs.

Larry Rochelle caught a solid five-fish limit weighing 18.78 lbs with a 5-fish limit and a 5.25 lb kicker.  For the boater division victory, Eddie took home a check for $5000.00

“I ran down south today.  I had 7 bites.  I ran all the way down to the bay.  It was a rough ride back but down there it was protected.  I caught them on a swim jig and a chatterbait.  I never culled because the other 2 were pretty short.  Just the 5 keepers was all.” Said Andy

Ramey Harrell of Brandon, MS and Justin Leet of Bartlett, TN managed to tie for 3rd place for the boaters with a limit of five bass weighing 16.59 lbs and each took home a check for $675.00

“I threw a spinnerbait all day.  I didn’t want to fight the wind so I stayed up north.  I caught 7 fish total, all keepers.  I caught them off and on all day and didn’t have a hot part of the day but my bite stayed consistent.”  Said Ramey

The biggest bass for the boaters was caught by John Anderson of Bay Springs weighing in at 6.51 lbs for $640.00 and the Abu Garcia big bass winner as well, earning him a brand new Abu Garcia Revo X. 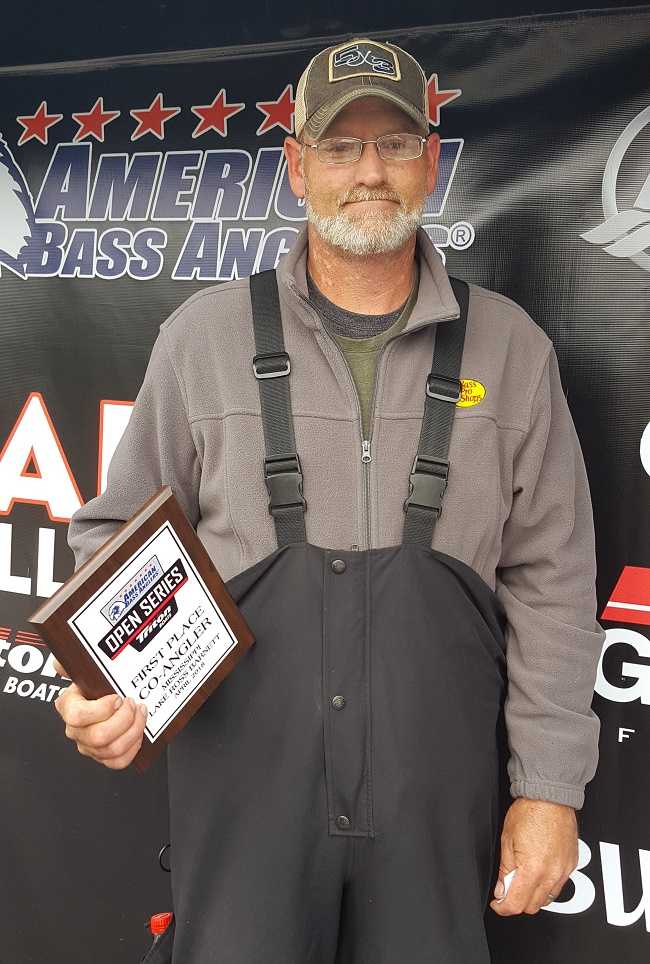 In the Co-AnglerDivision it was brutally tough…  Not one of them managed a 3-fish limit.  It was just a matter of getting the bites.  Shane Cade of Clinton MS topped the list with 2 fish weighing in at 6.05 lbs.  His performance filled his pocket with a check for $700.00 on the win.

“It was tough, cold, and windy.  I caught one in the morning and one this afternoon.  We stayed up north too.  I don’t think many of the guys went south today but those were the only 2 bites I had.  I’m just glad they were both keepers” Said Shane.

Taking second for the co-anglers Clint Horton of Ripley, MS brought only 1 fish to the scales, but it was a good one weighing in at 5.41 lbs and was also the co-angler big bass.  His placement earned him a check for $400.00 and a big bass check for $75.00.

“It’s a short story.  I caught 1.  We flipped everything in sight.  Bushes, grass, trees, whatever we could find.  I just got lucky and got the one good bite.” Stated Clint

Rustin Beaudette of Bogalusa, LA placed third among the co-anglers with just 2 fish, for a total weight of 4.29 lbs to earn a check for $200.00.

“It was tough, all tough.  I had 4 bites all day.  I lost one good fish about 3.5 to 4 lbs and it would have mad a big difference.  A day like today there really isn’t much to talk about. But it worked out.” Stated Rustin

In fourth place among the co-anglers, Ricko Roberts of Newton, MS had 2 fish for 3.95 lbs.  Lance Jackson of Starkville, MS brought in two bass for 2.86 lbs.

Slated for May 5th, the next divisional tournament will be held on Ross Barnett Reservoir launching from Tommy’s Trading Post.  At the end of the season, the best anglers from across the nation advance to the 2019 Ray Scott Championship, slated for the first week of April 2019 on Lake Eufaula, AL.