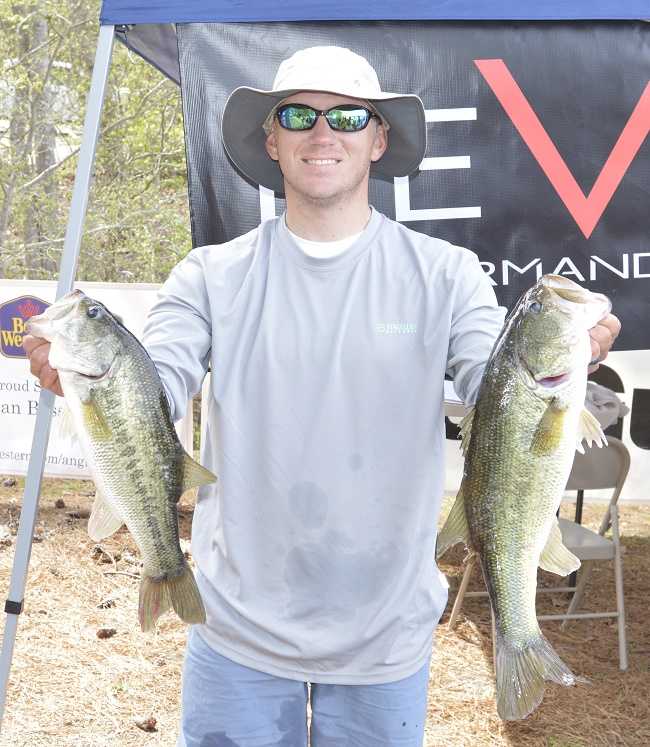 The day started out at 39 degrees with a 15 mph NNE wind. At the3pm weigh-in it was 60 degrees with a light NE wind. Cloudy and cold until 12 noon when the sun came out and the wind laid down to 5 to 10 mph. There were 24 anglers fishing this Division 96 1-day qualifier tournament out of Greenwood State Park near Ninety Six, SC.

First place, Chase Stewart had 5 fish weighing 15.31 pounds. Chase was fishing the middle and lower parts of the lake and caught some of his fish early on a chatterbait and the rest bed fishing. The payback for first place earned Chase $600 and the first place trophy.

Paul Selle of Lexington, SC was second with 5 fish weighing 14.92 pounds. He caught some of his fish early on the lower part of the lake with a swimbait and then went to the upper part for the remainder of his limit fishing a shaky head and achatterbait. Paul took home the second place trophy and $485 for second place and first place option pot.

Andrew Allen of Waterloo, SC took third place with 5 fish weighing 13.08 pounds. He had a kicker fish of 4.12 pounds to anchor his limit. Andrew won third place trophy and $123.

Fifth place and ALX Rod Big Fish Winner was James Stone of Lowndesville, SC with 3 fish weighing 10.53 that included the tournament big fish at 6.89 pounds. James won $120 for big fish and a $25 Gift Certificate from Wolfstone Tungsten for fifth place. 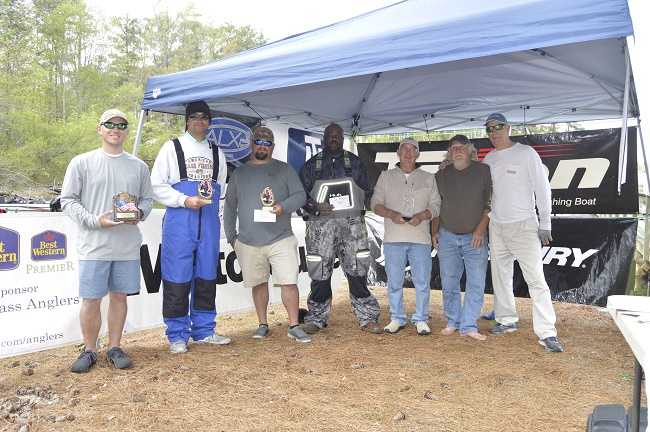 The next Division 96 tournament for Division 96 will be on Clarks Hill Lake out of the Dorn Facility near McCormick, SC on May 20, 2018.