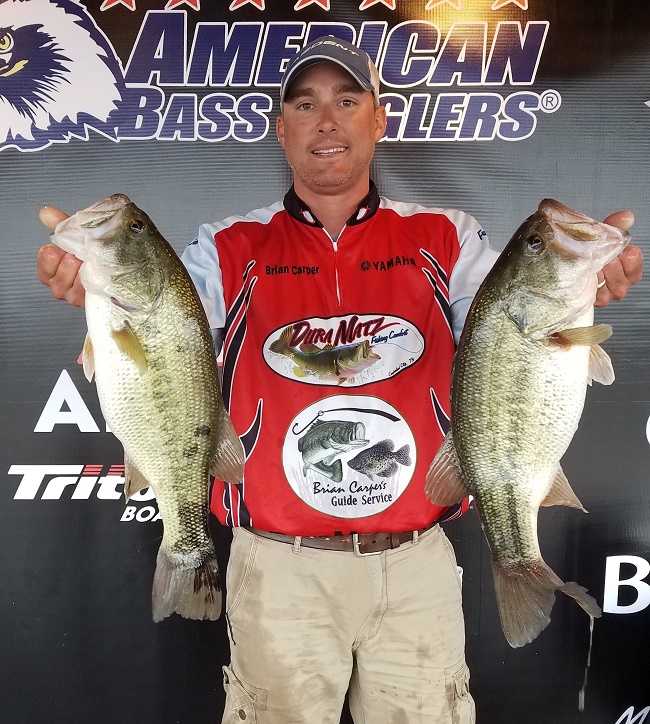 Brian Carper of Murfreesboro, Tennessee won the second event of the Tennessee Central Open Series.  Running out of Fate Sanders Marina, Carper won the tournament with five bass that weighed 20.07 pounds and took home the $5000 prize for his win.

“I come out here a lot and a lot of days don’t go this well. We had almost a limit in an hour and a half.  We didn’t smash them all day but we got the right bites.  I didn’t lose and fish and didn’t miss any really.” stated Carper.

Second place for the boaters was Ben Ballou from Lafayette, Tennessee.  He landed five fish weighing in at 19.02 pounds.  Weaver was awarded $1,250 for his catch.

Mickey Beck from Lebanon, Tennessee took third place with a five-fish limit that weighed 17.36 pounds.  Beck took home a check for $900 for his fish.
“Got to the first spot and jerk, jerk, jerk, and nothing happened so I picked up Hoppy’s half ounce shell cracker and we started smoking them.  A little later I picked up a Hoppy’s ¾ ounce spinner bait and no lie, started catching them there as well. I had about three and a half limits today.  It was an awesome day to be out there.”  said Beck.

In fourth place for the boaters, Noel Smith from Portland, Tennessee weighed in five bass for 17.33 pounds including a nice 6.31 pound largemouth.  Rounding out the top five was John Hopkins from Hendersonville, Tennessee.  Hopkins had five fish that weighed 16.78 pounds.

Big Bass among the Boaters was brought in by Ryan Haykal of Mount Juliet, Tennessee.  Haykal finished the tournament in eighth place with four fish that weighed 14.85 pounds but his6.52 pound bass won him the Big Bass honors and a check for $670. 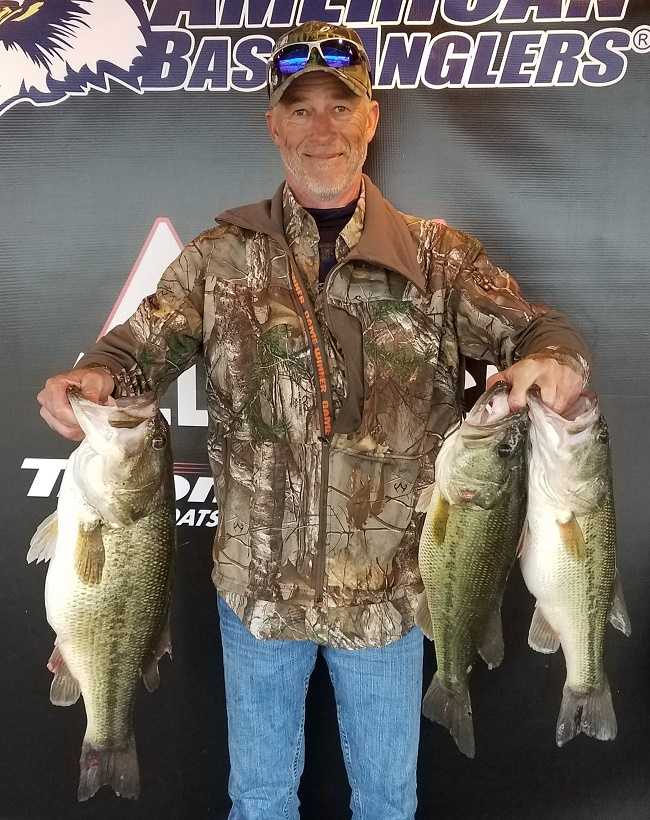 In the Co-Angler division, Monte Escue of Murfreesboro, Tennessee took the win with a three-fish tournament limit that weighed 14.73 pounds with a 6.72 pound kicker.  Escue earned $1,200 for the win along with an additional $190 for Co-angler Big Bass.

Taking second place among the co-anglers was Daniel Brown of Smyrna, Tennessee.  Brown brought three bass to the stage that weighed 10.85 pounds.  His three fish earned him a check for $400.

“I just tried to stay off the bank and not hung up all day.  Lucky enough to fish with a great guy and enjoyed every minute of it.  Can’t wait to do another one.” said Brown.

Dane Gamble of Nashville, Tennesee came in third with threebass weighing 10.75 pounds.  Gamble took home a check for $350 for his fish.

“We fished the whole lake today.  I just stuck with a jig and kept my line wet.  The bite kind of slowed down around ten o’clock.  I caught my biggest fish around two o’clock.” said Gamble.

In fourth place among the co-anglers, Tom Skelton of Mount Juliet, Tennessee had threebass that weighed 9.64 pounds.  Rounding out the top five was Ben Smith of Levern, Tennessee who had a three-fish bag weighing 6.69 pounds.

The third Tennessee Central Division tournament of the season is scheduled for May 5th at Old Hickory.  We will fish out of Sanders Ferry Park in Hendersonville, Tennessee.