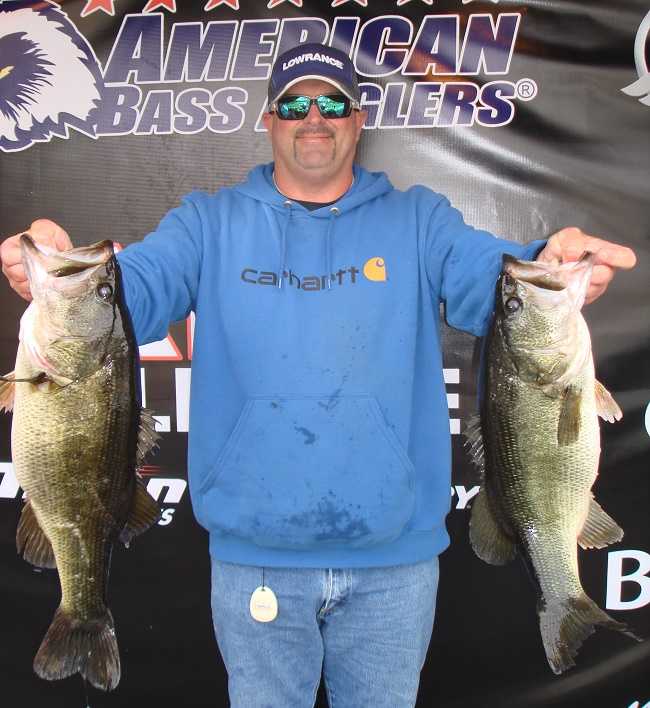 Running out of Reynolds Landing in Donalsonville, GA the Chipley, FL angler caught five bass weighing 25.72 pounds anchored by an 8.08-pound kicker. For the Boater Division victory, took home a check for $5000 for his win and an additional $860 for the big bass as well as an Abu Garcia Revo SX reel for the big bass award.

“I started off junk fishing first thing this morning and my first two spots didn’t pan out. I had a few bed fish that I caught and then moved out into a little deeper water. The bites were scattered out through the day. The Lord was good to me today out on the water.”   Prough said.

In second for the boaters, Rick Tindell of Leesburg, GA landed a five-bass tournament limit going 23.72 pounds. He collected $1630 for his catch.

“I caught my fish on a crankbait fishing deep grass lines. I was fishing the main-lake area.” Tindell said.

Shane Powell of Dothan, AL finished third for the boaters with five bass going 20.86 pounds. He earned $1090 for his catch.

“I was fishing a spot I found a few weeks ago. I lucked up and caught my fish on a Buddha Baits Swagger Worm, slow reeling it through the grass. I caught about 13-pounds doing that. Then, I threw a chatter-bait to catch my two bigger fish later in the day,“ Powell said.

Finishing fourth, Jim Murray Jr of Arabi, GA landed a five-bass limitfor 19.26 pounds. Rounding out the top five was Bradley Enfinger of Colquitt, GA with a five-bass limit for 17.53 pounds. 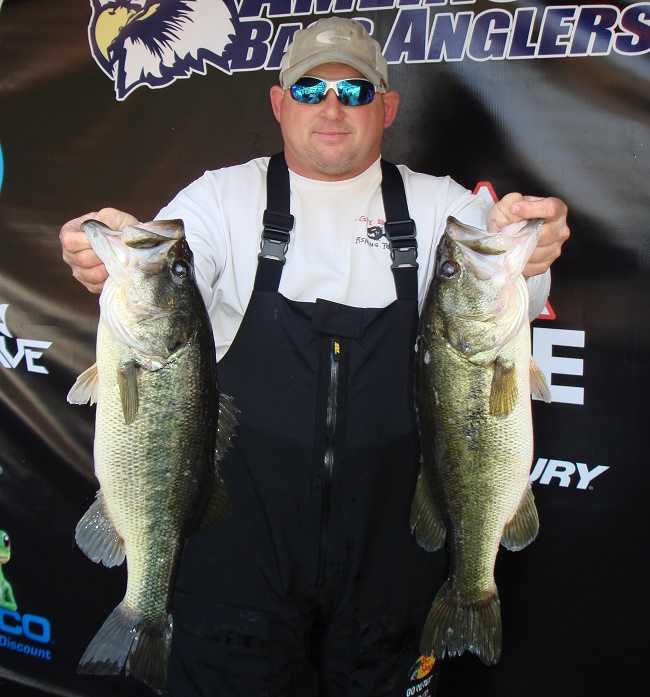 In the Co-Angler Division, Keith Minnihan of Stockbridge, GA won his second event in a row with threebass going 11.49 pounds with a 5.04-pound kicker. He pocketed a check for $1400 for his win and an additional $230 for the big bass.

“I caught my fish on a a Ratt-L-Trap Echo, the square-bill, cranking the channel and also on a swim-jig. I was lucky enough to draw a boater that was on fish and I was countering what he was doing. I was fishing the channel while he was fishing the grass and that’s where I caught the two big ones.” Minnihan said.

Taking second for the co-anglers, James Murphy of Phenix City, AL brought in a three-bass division limit weighing 9.53 pounds. He collected $500 for the effort.

“I was fishing a Carolina-rig and a Texas-rig fishing the grass. I lost one fish that would have helped me win this event. I got to see that fish, but it pulled off. “ Murphy said.

Joseph “Chris” Lynch of Panama City, FL placed third among the co-anglers with threebass going 9.38 pounds. He earned $350 for his catch.

“I caught my fish on a crankbait and a Caroling-rig. I didn’t lose any fish today.” Lynch said.

In fourth place among the co-anglers, Durward Henderson of Titus, AL brought in three bass for 8.89 pounds. James Draffin of Dawsonville, GA finished in fifth place with three bass at 7.53 pounds.

Slated for April 28TH, the next tournament will be held on Lake Sinclair out of Little River Park in Milledgeville, GA. At the end of the season, the best anglers from across the nation advance the 2019 Ray Scott Championship to be held on Lake Eufaula in April 2019.