Oklahoma Opener on the Arkansas River 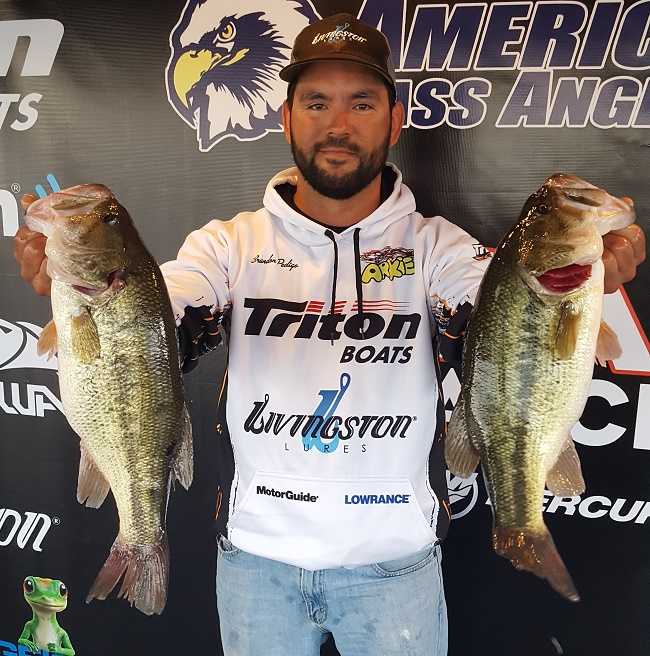 Running out of Three Forks Harbor in Ft Gibson, OK, the entire field of anglers faced a tough challenge due to rain the week before the event.  The water level had stabilized, some back-water pockets had cleared up, but cooler water temps still lingered.  Forecasted to be a stormy day the weather held back and kept to a bit of overcast skies and thankfully very little rain fell.  At the end of the day, the top 3 boaters were at the scales with over 16 lbs.

Brandon Pedigo had a solid five-fish limit with all his fish weighing ounces apart, topping the scales at 21.70 lbs. For the boater division victory, Brandon took home a check for $5000.00

“I locked down.  I was staying in the back of the pockets trying to find the warmer water during practice and found a spot I wanted to concentrate on.  I had one of the best Co-Anglers today.  I told him this morning we were going to get into stealth mode.  We sat down and kept quiet, just waiting for it to happen.  We caught some on spinnerbaits and actually had a few topwater strikes on a Livingston frog.  They were all about 4 lbs, and I think the fish came to us.  Once we figured them out it was a fun day.  I probably culled 8 or 9 times.” Said Brandon.

In second for the boaters, Billy Lemon of Sand Springs, OK brought in a five-bass limit weighing 17.48 lbs.  He collected a check for $800.

“I made a long run.  I had six bites and lost one at the boat that was probably 5 lbs but I know it wouldn’t have helped me any, so it doesn’t hurt quite as much.  I didn’t have as many bites today as I did yesterday.  I had a great practice and thought I would get a few more opportunities to get them in the boat.  I stayed in the same area throwing a spinnerbait and dragging the bottom.” Said Billy

Dale Hightower of Mannford, OK placed third for the boaters with a limit of five bass weighing 16.72 lbs and took home a check for $600.00

“It was a pretty good day.  I hung in there and caught all them in about a half mile stretch.  We did lock today, so we made a little run but just stayed put and did the grind.  I caught about 9 or 10 keepers and culled a few times but all in all it was a good day.” Said Dale

In fourth, Brent Haggard of Ganns, OK had a limit for 15.09 lbs, and Walter Andries of Coweta, OK came in just behind Brent with another bag of 15.02 lbs to take the fifth-place honors. 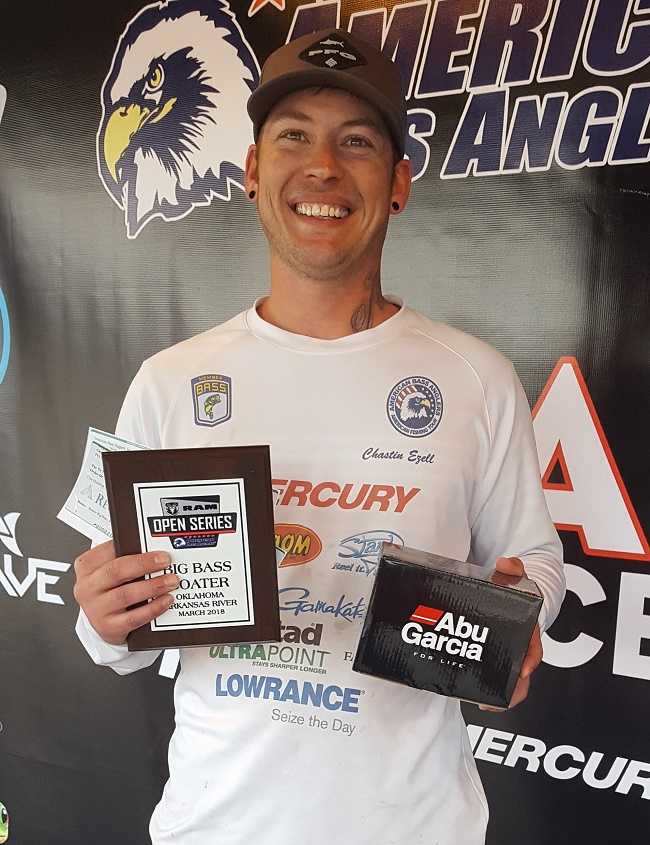 The biggest bass for the boaters was caught by Chastin Ezell of El Reno, OK weighing 6.08 lbs for $530.00.  For landing the big bass of the tournament with an Abu Garcia reel Chastin also took home a brand new Abu Garcia Revo X. 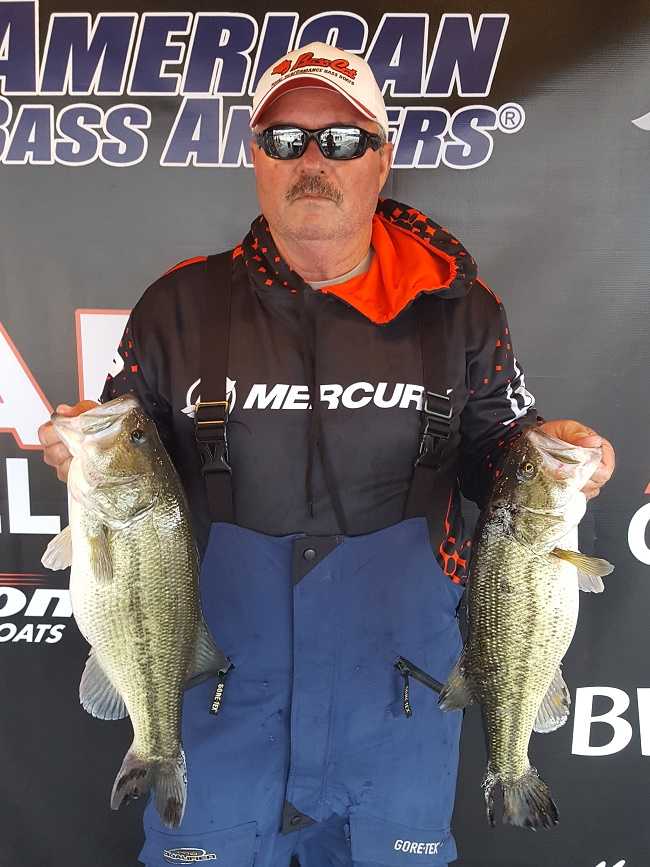 In the Co-Angler Division Mitch Basket made a statement with a 3 lb. gap over the field weighing in a 3-fish limit with 11.48 lbs, anchored by a 4.88 lb kicker.  His performance filled his pocket with a check for $1200.00 on the win.

“I had a real good boater today.  He took me out and started us shallow and we worked it out.  I had 5 keepers culling twice and really enjoyed myself.” Said Mitch

Taking second for the co-anglers was Bo Adams of Henryetta, OK.  Bo held the top of the leaderboard for a while and held his ground weighing 8.74 lbs with a 4.26 lb kicker. His placement earned him a check for $250.00

“Well we locked down to Kerr and I caught my big fish on the 3rd cast.  The rest of the day was a struggle.  We were catching them on a wacky rig senko and I only had 3 keepers.  My boater culled a few times, but we had a good day and stayed on the fish.  I wasn’t able to cull but it worked out well.” Stated Adams

Fishing her first tournament with us and finishing the day sitting in 3rd place was Meleah Meadows of Norman, OK.  She placed third among the co-anglers just 1 ounce behind Adams with a limit of fish at 8.61 lbs to earn a check for $350.00

“We did not make to long of a run, we stayed in this pool.  I threw everything I could and finally got a bite around 11 on a spinnerbait.  It was a couple hours before I caught my second fish and the third one came right before we had to come in.  Only 3 keepers but I’m happy to have them.” Stated Meadows.

In fourth place among the co-anglers, Stan Forrester of Westville, OK had 3 fish for 7.68 lbs.  Bill Wiles finished the day in 5th place with 7.63 lbs.

Big bass for the CO-Anglers, the only fish he caught to weigh in today went to Brandon Loyd of Sperry, OK weighing 5.19 lbs.  Well done to all!

Slated for April 21st, the next divisional tournament will be held on Lake Eufaula launching from Eufaula Cove.  At the end of the season, the best anglers from across the nation advance to the 2019 Ray Scott Championship, slated for the first week of April 2019 on Lake Eufaula, AL.

American Bass Anglers commitment is to provide low cost, close to home tournaments for the weekend angler and at the same time offer each competitor an upward path for individual angler progression. For more information about American Bass Anglers and the American Fishing Tour, the Open Series, the 100% Plus Team Tour, or the American Couples Series, visit www.americanbassanglers.com