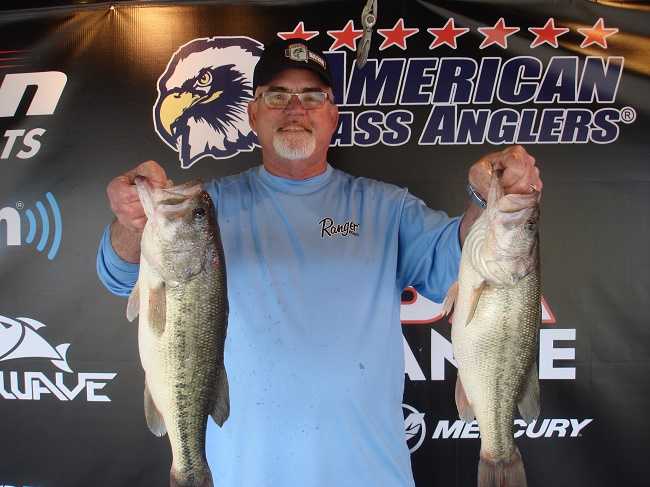 “I found little schools of fish around hard cover. I caught probably 20 bass all on a jerk bait in 6-8 feet of water,” said McDonald. 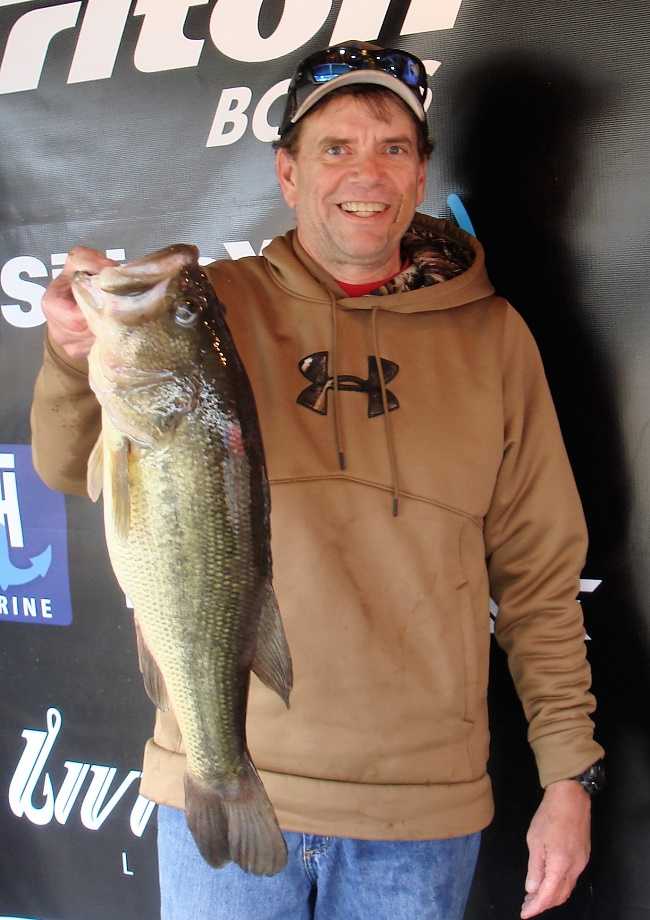 Rick Chenoweth from Fredericksburg, Virginia took third for the boaters with a five-bass limit weighing 17.45 pounds. Chenoweth’s limit was anchored by a bass that weighed in at 7.03 pounds. Chenoweth earned $1090.00 for his catch. Also, for having the biggest bass weighed in for the boaters Chenoweth earned an additional $820.00. Chenoweth was using an ABU Garcia Revo reel to land the big bass of the tournament. This qualified him to also receive a new ABU Garcia Revo reel valued at $160.00.

“I caught everything I weighed in by 8:30 on a Kietech swimbait in 8-12 feet. I caught probably 30 fish throughout the day but could not upgrade what I already had,” said Chenoweth. 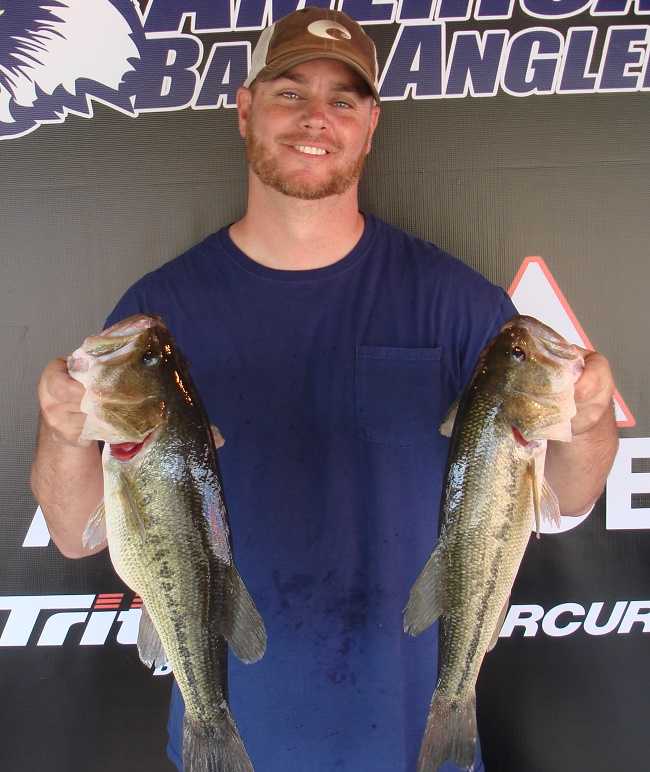 In the Co-Angler Division Jason Hinger of Timberlake, North Carolina weighed in a three-bass limit weighing 9.67 pounds anchored by a bass that weighed 4.67 pounds. Jason took home a check for $1200.00 for the win. He also collected an additional $185.00 for weighing in the largest bass caught by a co-angler.

“My boater had found little schools of fish in the 6-8-foot range. I caught about 8 fish on crankbaits and spinnerbaits,” said Hinger.

Taking second for the co-anglers, Danny Towe of Salem, Virginia brought in a three-bass co-angler limit weighing 8.01 pounds. He collected $400.00 for the effort.

“I caught three bass today. They came on a spinnerbait and jerk bait on windblown points,” said Towe.

Kenneth Crespo of Durham, North Carolina placed third among the co-anglers with three-bass weighing 7.38 pounds. He earned $350.00 for the effort.

“I Caught three keepers today on a jerk bait and a square bill shallow,” said Crespo.

In fourth among the co-anglers Matthew Noraas from Pamplin, Virginia weighed in a three-bass limit weighing 7.23 pounds and rounding out the top five was Donald West of Cary, North Carolina with three bass weighing 6.85 pounds.

Slated for April 14, 2018 the next Virginia Division tournament will be held on Lake Gaston out of Holly Grove Marina in Bracey, Virginia.