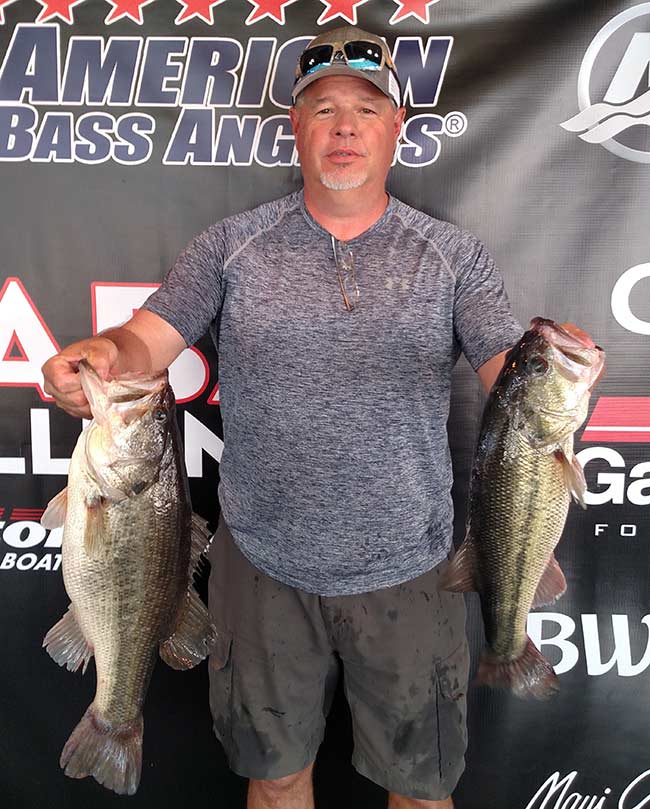 Running out of Brookeland, TX, the field dealt with overcast skies and a threat of rain.  However, the rain held up for most of the day and turned to a little sunshine just minutes after weigh in started.

“I caught all of them on a 3XD throwing down ditches and drains in the back of creeks, but I was way up the lake.  I quit fishing at 1:30 just wanting to make sure I could get back on time.  I left them biting when I started to head back, and I was catching 3 and 4 lb fish still.  I bet I had 30-40 of them.  I knew there was a chance the wind could get up pretty high and I want to give myself a couple hours to get back.  Once I started making the run I was pleasantly surprised to see it was not near as bad as the forecast.  It made the ride that much better.  I didn’t win by much, but a win is a win.” Said Bennett.

In second for the boaters, James Davis of Ferriday, LA brought in a five-bass limit weighing 21.32 lbs. and collected a check for $1800. 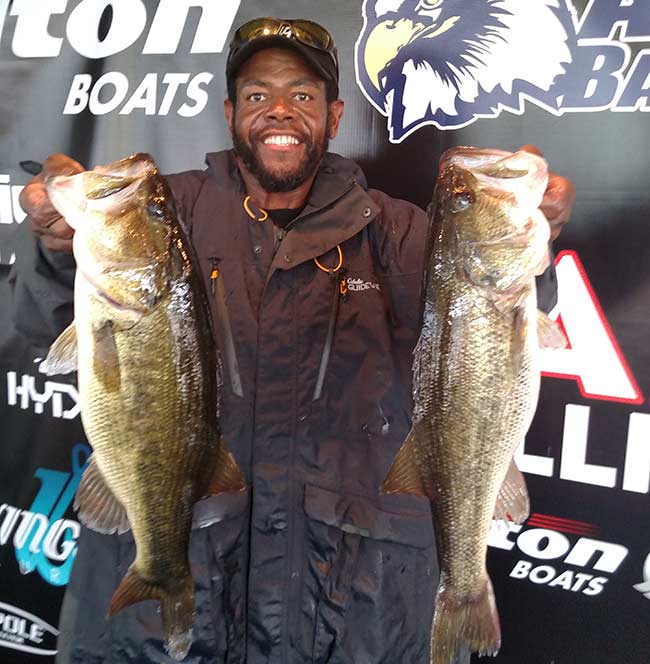 “Man did I need this…  I had a very rough weekend last week.  I fished another tournament, put in the practice time, located some fish, and things just didn’t work out.  I was ready to give it all up.  On my way home decided to sell everything I had.  Tackle, rods, reels, boat, all of it.  I didn’t have any expectations for this tournament, so I didn’t do anything.  I came out here and just went fishing.  I had no idea where I was going to go this morning when you called my boat number, but I knew I was going to enjoy it and look what happened.  I had a great day.  I enjoyed myself.  Sometimes you just have to step back and slow down and that what I did, now I’m going home with a smile on my face!” Said Davis

“I fished a ridge all day long.  I was throwing a jig, and event thought the water had come up a couple feet and flooded some new structure on the banks, the fish I had found were still in the same area and had not pulled up.  These fish are ready to spawn but not quite yet.  I caught fish throughout the entire day and managed to get the right bites to be in contention but fell just a little short.  It was a good day.”  Said Cherry.

In fourth, AJ Johnson of Shreveport, LA had a solid bag for 20.82 lbs, and Shane Howell of Franklin, TX came in just behind AJ with another solid bag of 20.64 lbs to take the fifth-place honors.  The top 5 boaters were all so close in weight that one nite could have mixed things up completely.

In the Co-Angler Division, Lat Nichols of Deport, TX topped the field with a 3-fish limit at 12.70 lbs, anchored by his monster bass of 8.47 lbs.  His performance filled his pocket with a check for $1800 on the win with an additional $315.00 for big bass. 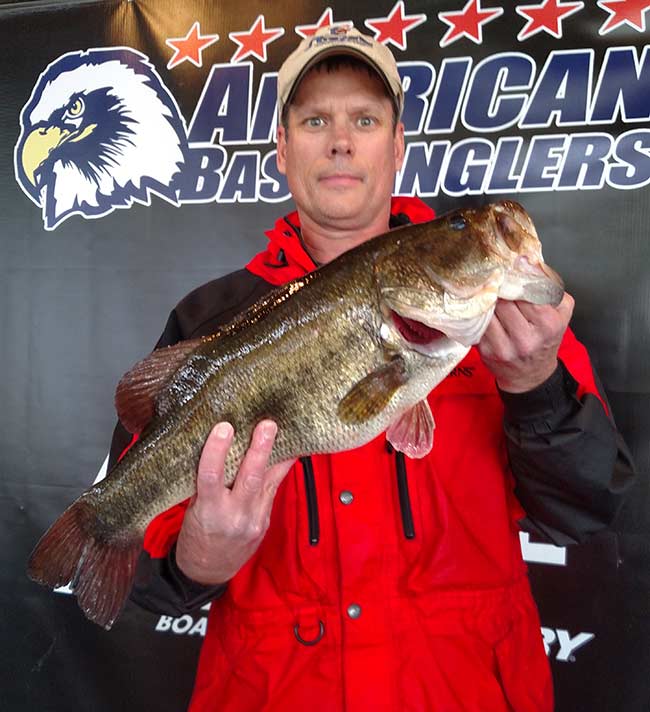 “I caught a good one today.  It started out right because the 8.47 was the first fish I put in the boat.  One heck of a way to start.  Get the big one out of the way and add to it.  I got the other 2 to finish out my limit and culled a little but that was about it.  I made sure she was good and lively all day but being that we were on Sam Rayburn I didn’t think my overall weight would hold up.  I hoped it would and I lucked out.  You just have to roll with what Mother Nature throws at you.” Said Nichols.

Taking second for the co-anglers, James Curtis of Denham Springs, LA came in weighing a 3-fish limit for 11.75 lbs. His placement earned him a check for $650.

“Man I caught fish all day long.  Everywhere we went.  I threw so many baits and caught fish on all of them I couldn’t tell you if there was a pattern to them or not.  I like fishing deeper water so that’s what I did.  My boater Michael and I had a great time and I can’t wait to get back at it again in April.” Stated Jimmy.

Beau Buchhaus of Sulphur, LA placed third among the co-anglers. He had three fish weighing in at 11.63 lbs to earn a check for $450

“My day started off pretty good, but I didn’t finish out my limit until the last 2 hours of the day.  We stayed with the same pattern all day but found the right spot in the afternoon and slugged it out.  We were up shallow, and they finally started biting.” Stated Beau.

In fourth place among the co-anglers, Alan Grissom of Houston, TX brought in three bass for 11.57 lbs.  Judah Morris of Forrest Hill, LA finished in fifth place with three bass at 10.76 lbs.

Slated for April 27th, the next divisional tournament will be held again on Sam Rayburn launching from the Umphrey Pavilion.  At the end of the season, the best anglers from across the nation advance to the 2019 Ray Scott Championship, slated for the first week of April 2019 on Lake Eufaula, AL.