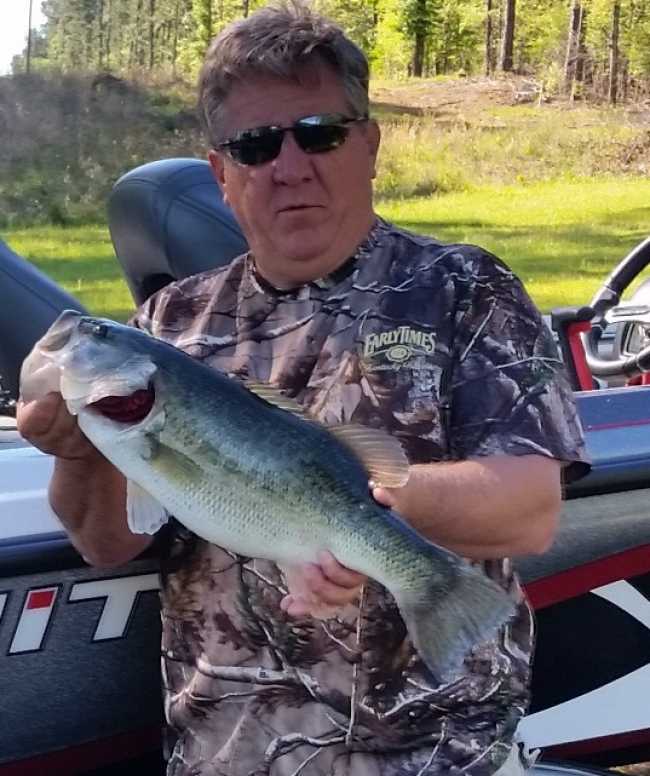 Paul Tickerhoof of Appling, Ga took first place in the AFT D26 event on February 18th held on Clarks Hill.  Running out of Wildwood Park near Appling, GA Paul brought back a five-fish limit to the scales that weighed 13.89.  He anchored his catch and sealed his victory with a 4.25 pound largemouth, which also claimed big fish honors for the tournament.  Paul was fishing the upper end of the Savannah River using crank baits.

Second place was claimed by Chris Hadden of North Augusta, SC with five-fish that locked in the scales at 11.25 pounds.

Third place was taken by William Hookers of Appling, GA with two-fish that went for 6.70 pounds on the scales.

6 anglers fished this Clarks Hill Lake 1-day qualifying tournament. It started out at 56 degrees and ended in upper 70s at the 3 p.m. weigh in. Wind was 5 to 10.mph

For more information about this division and future events visit www.americanbassanglers.com or contact the local director for Georgia East, William Hooker at 706-533-7329 or the head office at 256-232-0406.

These anglers accrued valuable points toward the divisional angler of the year title. The points champion from each division will compete in the annual American Bass Anglers AFT Angler of The Year Final Round Fish-Off. In addition, the top 500 anglers from the various divisions will earn the right to compete in the three-day ABA, AFT National Championship tournament. For more information, call ABA at (256)232-0406 On line, see www.americanbassanglers.com.