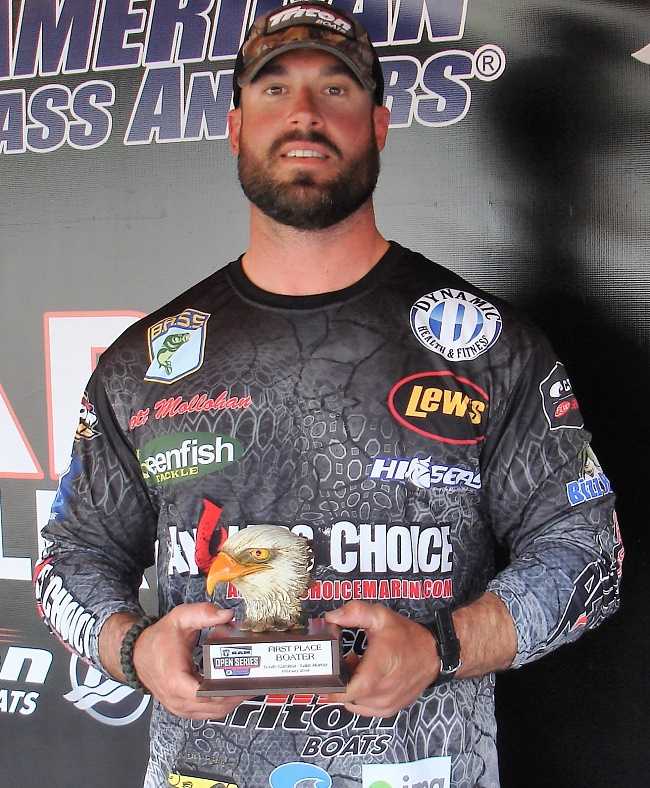 ATHENS, Ala. – Matthew Mollohan of Prosperity, South Carolina won the American Bass Anglers Open Series event held 2/17/2018 on Lake Murray. Running out of Dreher Island State Park in Prosperity, South Carolina, Matt weighed in a five-bass limit weighing 23.22 pounds anchored by a bass that weighed in at 8.17 pounds. For the win Matt took home a check for $5000.00. Also, for being a member of the Triton Gold program Mollohan qualified for an additional $500.00 in Triton Gold monies and $500.00 in Mercury bonus monies.

“I caught my big fish first thing in the morning on a crankbait. The rest of the fish I caught came on a football head jig anywhere from 5 to 25 feet. I think the cold front pulled them out a little. I adjusted my depth about midday to deeper water and caught some key fish,” said Mollohan.

In second for the boaters Chris Marshall of Forest City, North Carolina landed a five-bass limit weighing 21.97 pounds. Chris took home a check for $1000.00 for the effort.

“I caught probably 7-8 fish today. I caught one on a crankbait and I lost one that probably cost me the win. The rest of my catch came on a jig fishing shallow,” said Marshall. 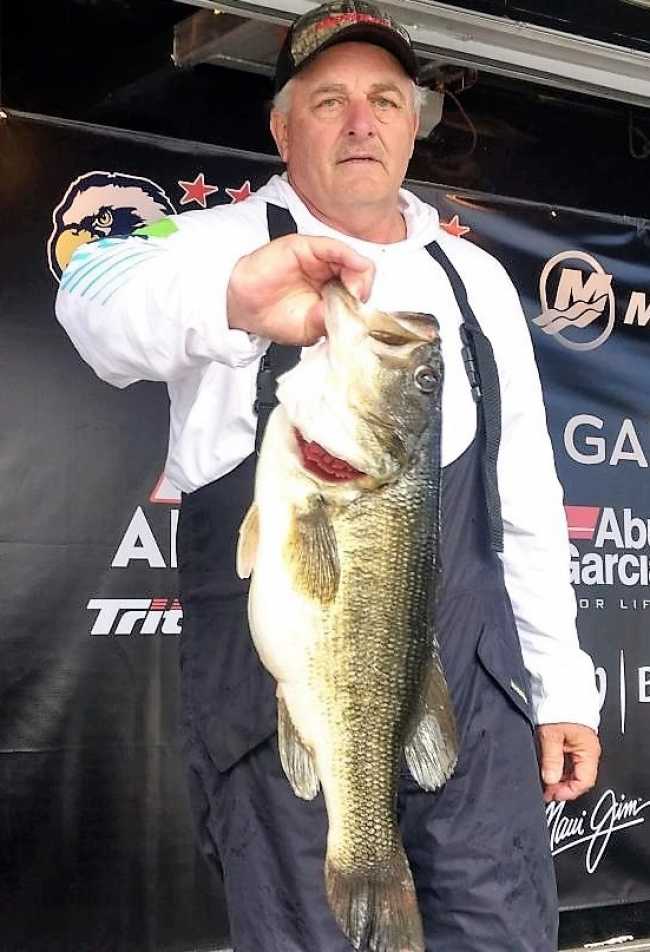 “I caught probably 8-10 fish today and lost two six pounders. All my fish came on a jerkbait in a cove I found that had some wind blowing into it,” said Pelfrey. 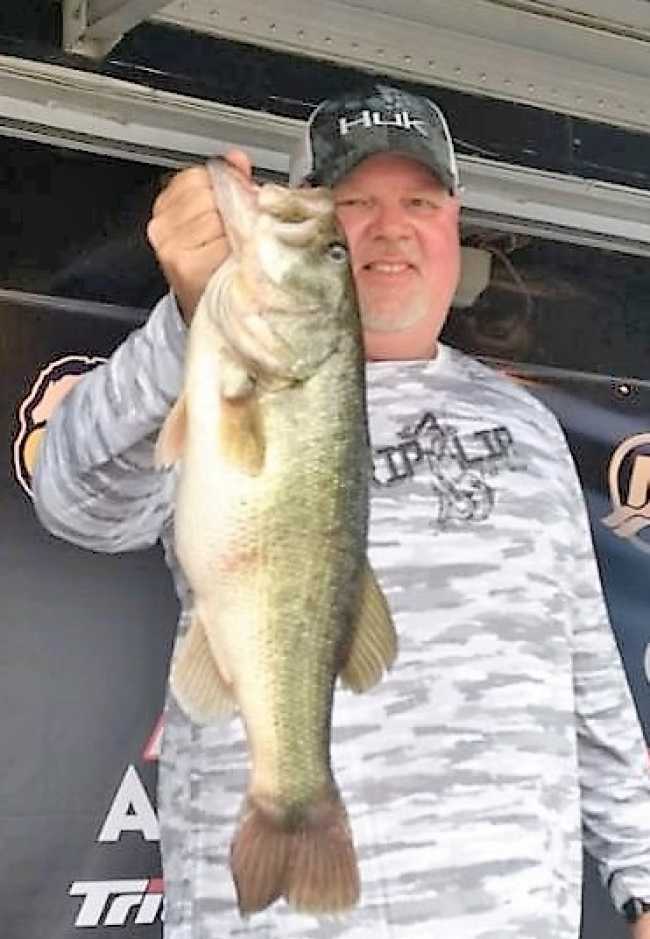 In the Co-Angler Division Lonnie Drusch of Sumter, South Carolina weighed in a three-bass limit weighing an impressive 15.25 pounds. His catch was anchored by a bass weighing 7.16 pounds. Lonnie took home a check for $1200.00 for the win. He also collected an additional $210.00 for weighing in the largest bass caught by a co-angler.

“I want to thank my boater Joey Spradley, for finding the fish today. I caught probably seven bass today all on a shakeyhead,” said Drusch.

Taking second for the co-anglers, Rodney Tapp of North Augusta, South Carolina brought in a three bass co-angler limit weighing 11.39 pounds. He collected $500.00 for the effort.

“I Caught probably 7 bass today all on a crankbait in 3-5 feet of water,” said Tapp.

Dylan Ballard of Canon, Georgia placed third among the co-anglers with three-bass weighing 10.34 pounds. He earned $350.00 for the effort.

“I Caught three keepers today all on a jig in various depths,” said Ballard.

In fourth among the co-anglers Simeon O’Meara of North Augusta, South Carolina weighed in three-bass that weighed 10.00 pounds and rounding out the top five was Kevin Dye of West Union, South Carolina with three- bass weighing 9.76 pounds.

Slated for April 21, 2018 the next South Carolina tournament will be held on Lake Hartwell out of the Green Pond Landing in Anderson, South Carolina.