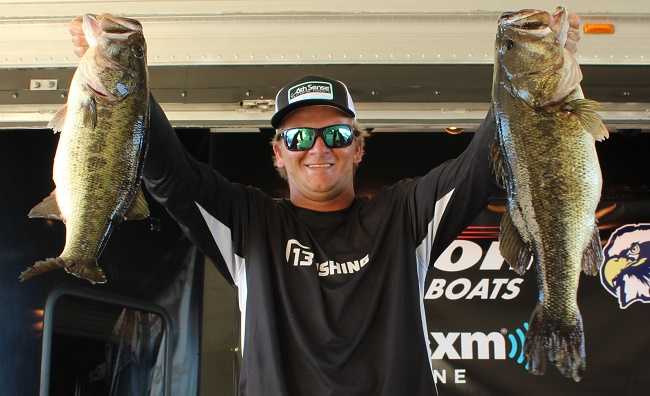 “I first ran down to the Harney Pond area of the lake and I was targeting isolated stick-ups, pitching a black and blue Gambler Fat Ace at them. Yesterday in practice I shook off several giants between six to eight pounds. So today I went back to the same area and lost every one of them. I kept on grinding at it and was lucky enough to catch a few good fish.”  Mizell said.

In second for the boaters, Kevin Clark of Leesburg, FL landed a five-bass tournament limit going 22.20 pounds. He collected $1575 for the effort.

“I caught my fish on a big 10” worm, trying to do something different than everyone else.” Clark said.

James R. Stephens III of Osprey, FL took third for the boaters with five bass going 21.74 pounds. He earned $1050 for his catch.

“I culled the wrong fish and had one dead fish penalty that will haunt me. I was also fishing the Harney Pond area pitching isolated buggy-whips with a senko. We caught fish all day, it was fun.” Stephens said. 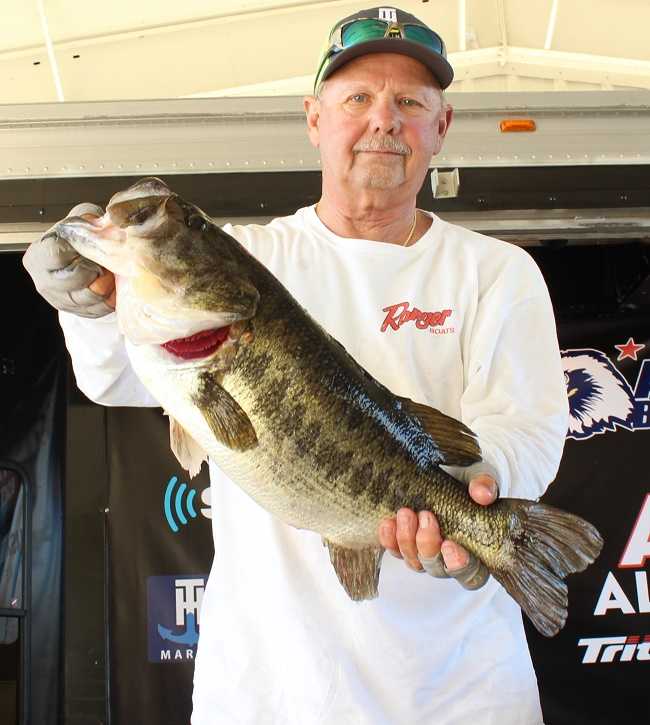 The largest bass of the tournament for the boaters was caught by Robert Beatty of Clermont, FL that weighed 7.62 pounds. Beatty pocketed a check for $830 for his catch and an Abu Garcia Revo SX spinning reel for that big bass.

“I caught that fish early this morning in the Harney Pond area. There were lots of other boats in the same area that I was fishing today, so lots of competition in the area today.” Beatty said. 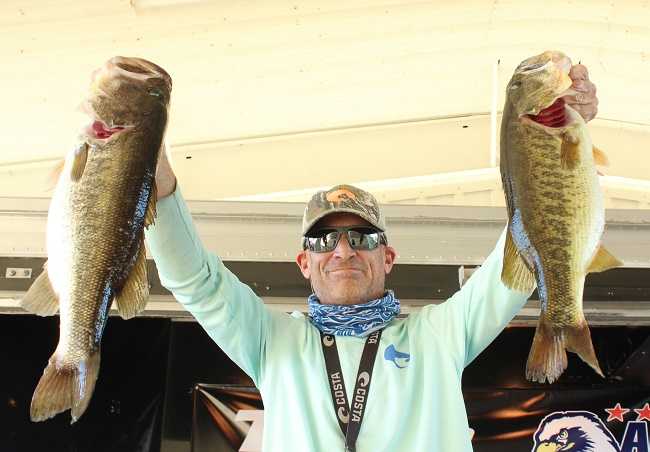 In the Co-Angler Division, Eddie Scaturro of Orlando, FL won by a slim .06-pound margin with three bass going 14.39 pounds including a 5.53-pound kicker. He pocketed a check for $1700 for his win.

“I was fishing a Gambler Fat Ace all day and caught fish all day as well. I want to thank my boater for putting me on fish today. It has been a while since I have won one of these events and it feels great.”  Scaturro said.

Taking second for the co-anglers, Omar Jaimes of Davenport, FL brought in a three-bass division limit weighing 14.33 pounds with a 7.04-pound kicker. He collected $650 for the effort.

“I caught my fish flipping and throwing a worm at reeds and cattails. I didn’t lose any fish today that would’ve helped me. I also want to thank my boater for putting me on the fish.”  Jaimes said.

Eric Andrews of Davenport, FL placed third among the co-anglers with three bass going 12.60 pounds. He earned $450 for his catch.

“I was fishing in the Monkey Box area of the lake and I threw a speed worm all day. “Andrews said. 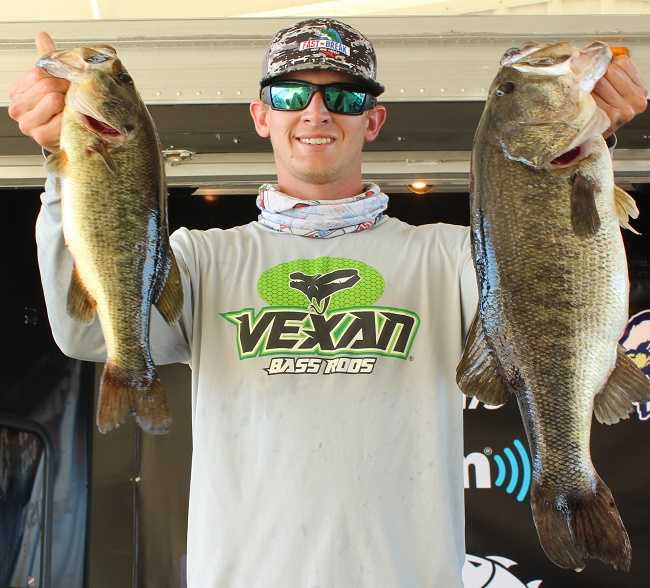 In fourth place among the co-anglers, Evan Faulk of Okeechobee, FL brought in three bass for 12.30 pounds including a big bass that weighed 7.53 pounds. Faulk pocketed a check for $300 for his finish and an additional $295 for that big bass.

“I caught that big bass on a big mega-fluke early in the morning.” Faulk said.

Slated for March 24th, the next tournament will be held on Lake Okeechobee out of Scott Driver Park in Okeechobee, FL. At the end of the season, the best anglers from across the nation advance the 2019 Ray Scott Championship to be held at Lake Eufaula in Eufaula, Alabama, April 2019.