An Awesome Day on the Water 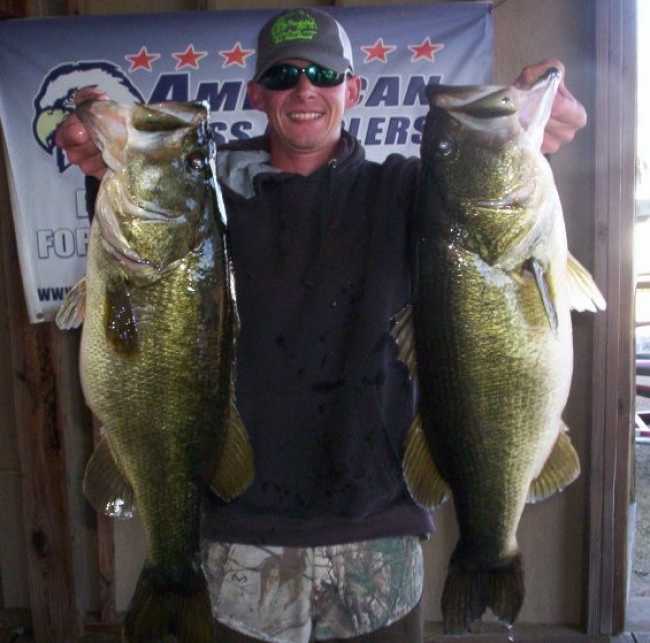 Every angler dreams of going out and catching a huge stringer to bring back to the scales. For Trent Hill of Sneads, Fl that dream became a reality February 4th on lake Seminole.  He sacked up an impressive 35.10 pounds at an American Bass Anglers, American Fishing Tour tournament.

We reached out to Trent to talk to him a little about his catch.

Trent practiced the day before the scheduled event knowing the fish should be getting ready to stage for spawning, so he hit some areas that he knew had held fish in the past.

“I caught a few smaller ones in a couple of the spots I hit, so I knew the fish were where I thought they should be.  I figured I’d come back the next day and grind it out and see if I couldn’t put together a decent bag,” said Trent.

The next day comes and the weather has taken a turn, it’s raining, and the wind is blowing around 15 mph out of the south west.

“I made the run to my first spot and wasn’t expecting much with the weather.  I fished for a little bit with no luck, then I got loaded up with a big bite.  I knew it was big and I was thinking 8 or 9 pounds, then I got another big bite and when I got it in the boat I thought you know maybe they aren’t that big.  I made another run to my second spot and caught a few more, then around lunch I culled up once.  I just stuck to my spots I had hit during practice, ditches and depressions on main lake sand bars. I was throwing a Rayburn Red lipless crankbait all day, on my 7’9” Impulse Fishing Rods cranking rod spooled up with 15 lb. fluorocarbon line” commented Trent. 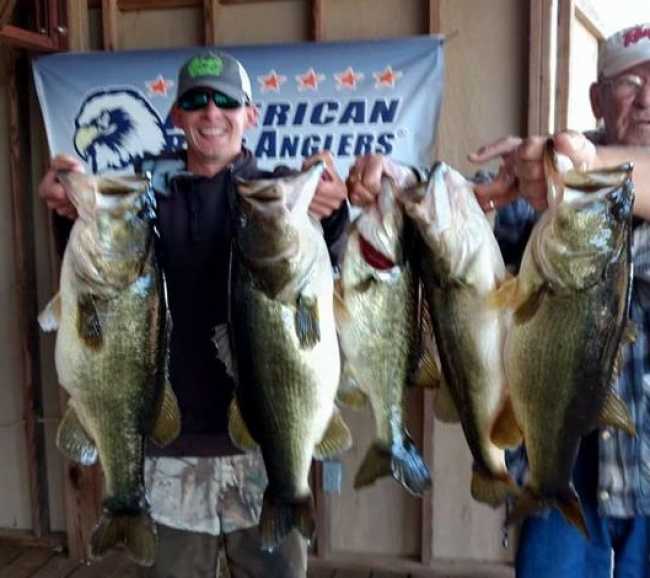 As the day drew close to an end Trent knew he had a heavy bag, he just didn’t know how heavy.  He had only had eight bites all day, and his best five were safely in his live-well headed back to weigh in.  When he brought his bag across the scales it locked in at an impressive 35.10 pounds.  His catch was anchored by a beautiful 9.37 pound largemouth and another one over 8 pounds.  “I was shocked when that scale locked in at 35.10, you know that’s a bag we all dream about,” concluded Trent.

Trent was fishing in an American Fishing Tour Division Tournament hosted by American Bass Anglers.  The American Fishing Tour offers close to home tournaments with a low-cost entry fee and a path to qualify for the AFT National Championship.  Each year at the AFT National Championship the top 500 anglers from across the come together to compete for three fully rigged Triton Boats with Mercury Motor Packages, plus a cash prizes, and daily Big Bass pot that can pay up to $5,000.

You can learn more about the ABA by visiting www.americanbassanglers.com