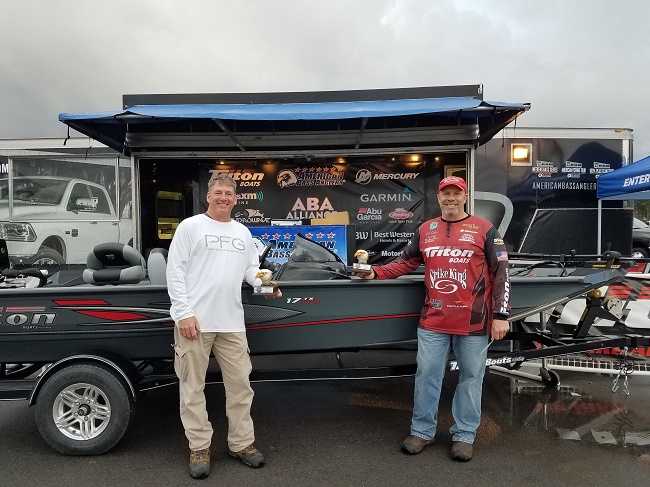 Athens, Ala. – This past weekend 71 teams converged onto Lake Guntersville at Goosepond in Scottsboro, Al to fish it out for their chance at a brand-new Triton Boats 17TX with a Mercury 60 HP four stroke outboard motor and a Garmin Echomap Plus93sv.  The weather was less than desirable with a heavy fog rolling in causing a delay at blast off.  Jamie Shay at The Bait, Tackle, and Grill at Goosepond kept the anglers satisfied with warm breakfast, hot coffee, and a great selection of fishing tackle. 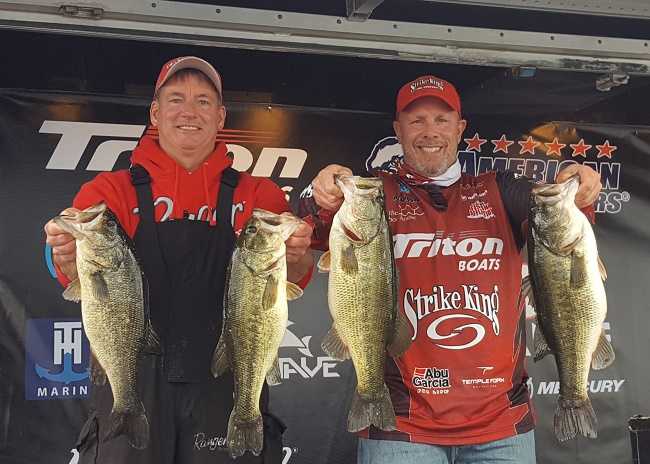 The team of Pat Anderson and Randall Allen won the season opener of the Triton 100% Plus Team Tour event on February 11th at Lake Guntersville.  Anderson and Allen brought in the winning limit weighing 25.42 pounds, including a 6.79-pound kicker, to win a brand-new Triton Boats 17TX with a Mercury 60 HP four stroke outboard motor with a Garmin Echomap Plus93SV valued at $20,000.   Pat Anderson also qualifies for an additional $7,000 from Triton Gold, another $1,000 Mercury Bonus Bucks, and T-H Marine Atlas Awards bonus.

“Started out pretty slow.  We didn’t have a fish in the boat until after eleven o’clock.  Fishing the same kind of stuff all day and then we just hit a spot.  I made a cast out and put one in the boat about 6 pounds, about 5 minutes later, put one in for 5 pounds, another 5 minutes, put one in almost 7 pounds, and then we struggled for the last two the rest of the afternoon.  It was a tough day, we just got lucky and caught five keepers,” states Anderson.

Greg Lamb and Haden Lamb finished second with 24.22 pounds to take home a check for $3030.

“It was much tougher than it was here last week obviously with the water and mud.  We caught probably four fish on our first stop quick and then it kind of deteriorated.  We fished up around mud creek most of the day.  The water came up pretty substantially over night, so we got pretty shallow in the dirt and caught most of our fish on a spinnerbait.,” Lamb stated.

In third place was Tracy Robinson and Willie Staten. They brought in a 23.77-pound bag and took home $1600 for their efforts.

“We got out there a little late and we caught four fish pretty quick.  Three of them were pretty good fish.  After eleven o’clock we never caught another fish to better ourselves.  It was tough for the second half of the day.,” said Robinson. 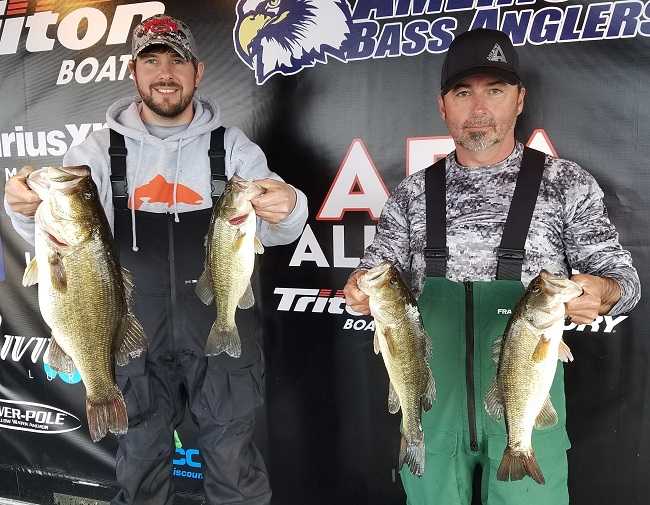 The Big Bass of the tournament was caught by the team of Willie Kelley and Jerome Hinson. The bass weighed 7.25 pounds and they took home $650 for their efforts.

American Bass Anglers commitment is to provide low cost, close to home tournaments for the weekend angler and at the same time offer each competitor an upward path for individual angler progression. For more information about American Bass Anglers and the American Fishing Tour, the ABA Open Series, the Triton 100% Plus Team Tour, the American Couples Series, or the Military Team Tournament visit www.americanbassanglers.com.