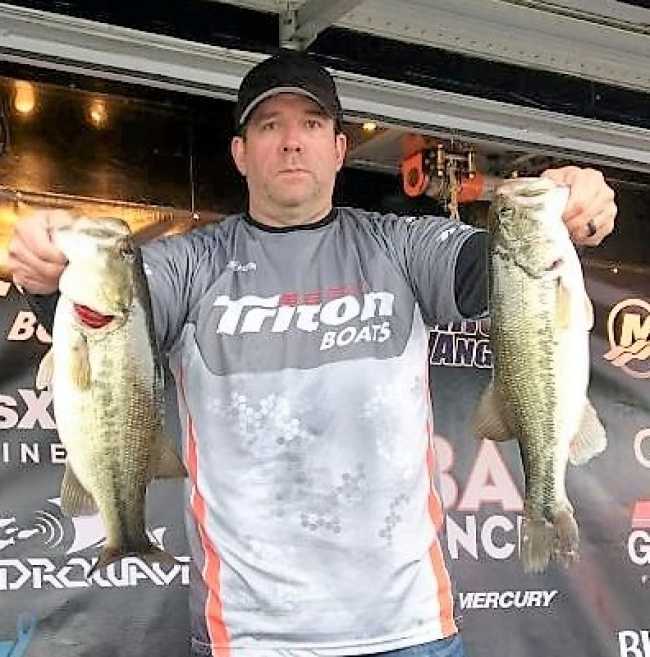 ATHENS, Ala. –  Doug Easton of Concord, North Carolina won the American Bass Anglers Open Series North Carolina tournament held February 10, 2018 on Lake Norman. Running out of Pinnacle Landing in Mooresville North Carolina, Doug weighed in a five-bass limit that locked in the scales at 15.04 pounds. For the win Doug took home a check for $5000.00. Easton also Collected an additional $530.00 for weighing in the largest bassfor the boaters. His winning bass weighed 3.97 pounds. Also, for being a member of the Triton Gold program Easton qualified for an additional $500.00. For having his Triton equipped with a 2016 or newer Mercury Outboard Engine he qualified for an additional $500.00 from Mercury Bonus Bucks.

“I think the fog that moved in helped me a lot. I sat down and fished in one creek all day instead of moving around a lot. I had 8 keepers that were caught shallow,” said Easton.

In second for the boaters Eric Moser of Concord, North Carolina landed a five-bass limit weighing 14.68 pounds. Eric took home $1000.00 for the effort.

“I caught 14 keepers today. All my fish were caught in 10 feet or less of water,” said Moser.

Derek Cummings of Denver, North Carolina took third for the boaters with a five-bass limit weighing 13.51 pounds. He earned $650.00

“I caught 10 fish today all in deep water on a crankbait.” said Cummings. 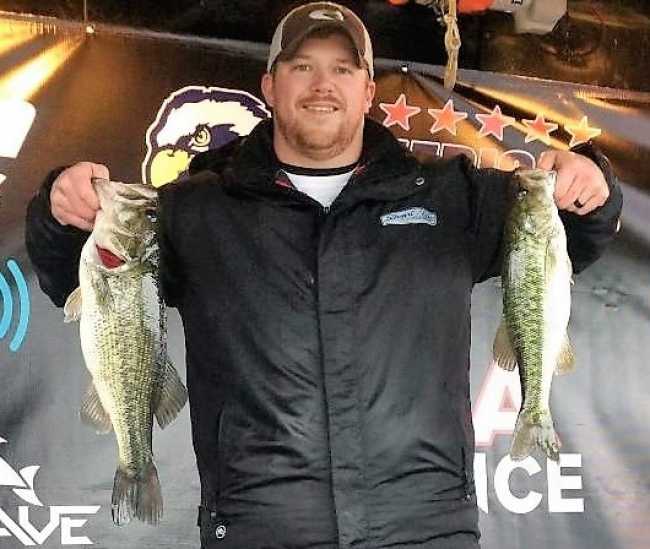 In the Co-Angler Division Scott Plattenberger of Concord, North Carolina weighed in a three-bass limit weighing 7.98 pounds. He took home a check for $1600.00 for the win.

Plattenberger also collected an additional $255.00 for the largest bass caught by a co-angler. His bass weighed in at 3.95 pounds.

Taking second for the co-anglers, Jesse Jodon of Windber, Pennsylvania brought in a three-bass co-angler limit weighing 7.23 pounds. He collected $600.00 for the effort.

“I Caught 4 keepers and lost one that may have given me the win. I caught my fish cranking shallow,” said Jodon.

Scott Flowe of Lexington, North Carolina placed third among the co-anglers with three bass weighing 6.81 pounds. He earned $450.00 for the effort.

“I Caught four keepers today. My fish were caught deep on a jerk bait,” said Flowe.

In fourth among the co-anglers William Hearn of Stanley, North Carolina weighed in 3 bass that weighed 6.14 pounds and rounding out the top five was John Orchard of Winston Salem, North Carolina with three bass weighing 6.10 pounds.

Slated for March 24, 2018 the next North Carolina tournament will be held on Lake Hickory out of the Wittenburg Wildlife access.