Powell Pockets $5,000 plus $7,000 Triton Gold in the Georgia Division Opener on Lake Eufaula 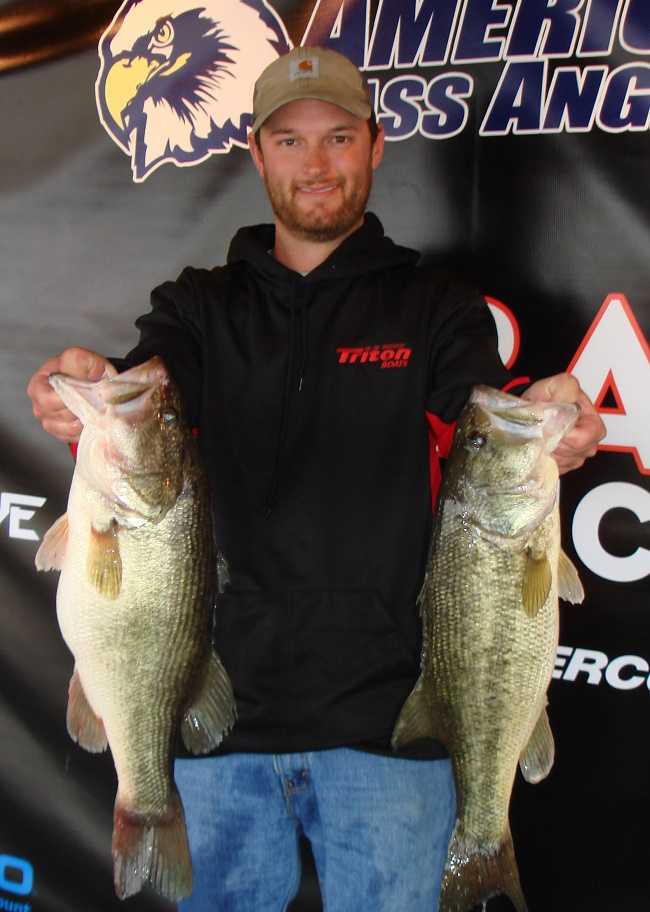 ATHENS, Ala. – Shane Powell of Dothan, AL topped the field with 23.77 pounds.  He anchored his catch and sealed his victory with 6.30-pound kicker.  For his victory in the American Bass Open Series Georgia Division tournament, held February 10TH on Lake Eufaula, Shane took home a check for $5000.  Shane also qualified for an additional $7000 from Triton Gold.

“I started fishing the south end of the lake throwing a chatter-bait and caught two fish right away. Then I started fishing deeper and caught two more on back-to-back casts. It was over for me by 8:30am because I couldn’t cull up with better fish from what I already had. I probably caught around fifteen fish today.”   Powell said.

In second for the boaters, David Lowery of Phenix City, AL landed a five-bass tournament limit going 23.24 pounds. He collected $1760 for his catch.

“I caught my fish on the south end of the lake fishing a Big Bite Bait Swimming Craw. It’s a new bait and I was swimming it through the grass. I also put it on the back of a jig and flipped it too.” Lowery said.

John Holder of Brunswick, GA finished third for the boaters with five bass going 22.15 pounds. He earned $1170 for his catch.

“I stayed in Cowikee creek all day and I was fishing with a lizard and a white swimbait. “Holder said. 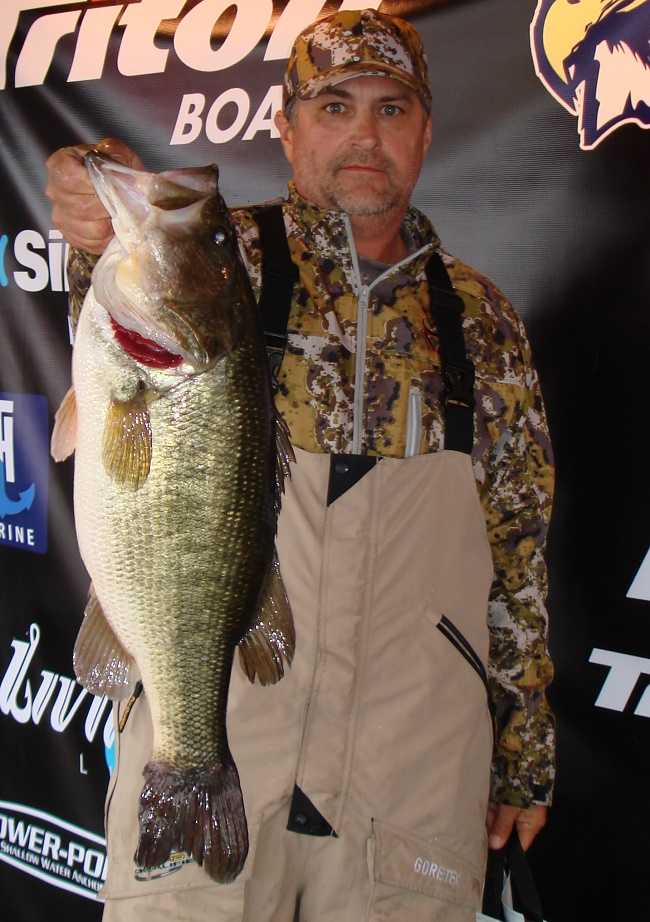 The largest bass of the tournament for the boaters was caught by Patrick Brown of Swainsboro, GA that weighed 8.18 pounds. Brown pocketed a check for $950 for his catch.

“I caught that fish on a on a big California style swimbait waking it over the grass around 11:30am. I lost another one just as big also on that swimbait. I was fishing the lower end of the lake. “Brown said. 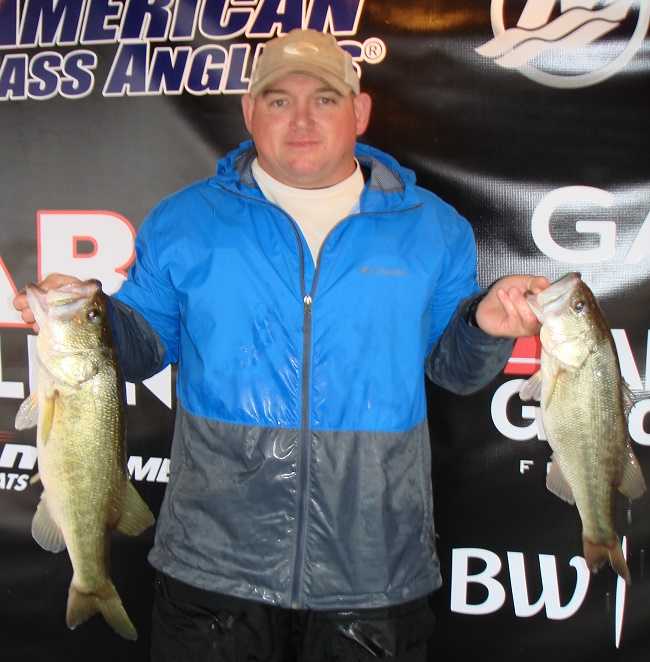 In the Co-Angler Division, Keith Minnihan of Stockbridge, GA won with three bass going 9.54 pounds with a 4.96-pound kicker. He pocketed a check for $1400 for his win.

“I caught my fish on a Strike King Game Hawg and some Missile Baits Warlock heads. If it wasn’t for my boater, I wouldn’t have caught those fish. He pointed to them and I made the cast and caught them. I want to thank my boater, Keith Bardolf, for putting me on the fish.” Minnihan said.

Taking second for the co-anglers, Patrick Watson of Newnan, GA brought in a three-bass division limit weighing 9.43 pounds. He collected $500 for the effort.

“I was fishing the south end of the lake and I caught my fish on a square bill crankbait between docks and then on a jig. I only caught three fish today and that is what I weighed-in. “Watson said.

Donnie Dawson of Brunswick, GA placed third among the co-anglers with three bass going 8.42 pounds. He earned $350 for his catch.

“I caught my fish on a spinnerbait and a crankbait fishing the lower end of the lake.”  Dawson said. 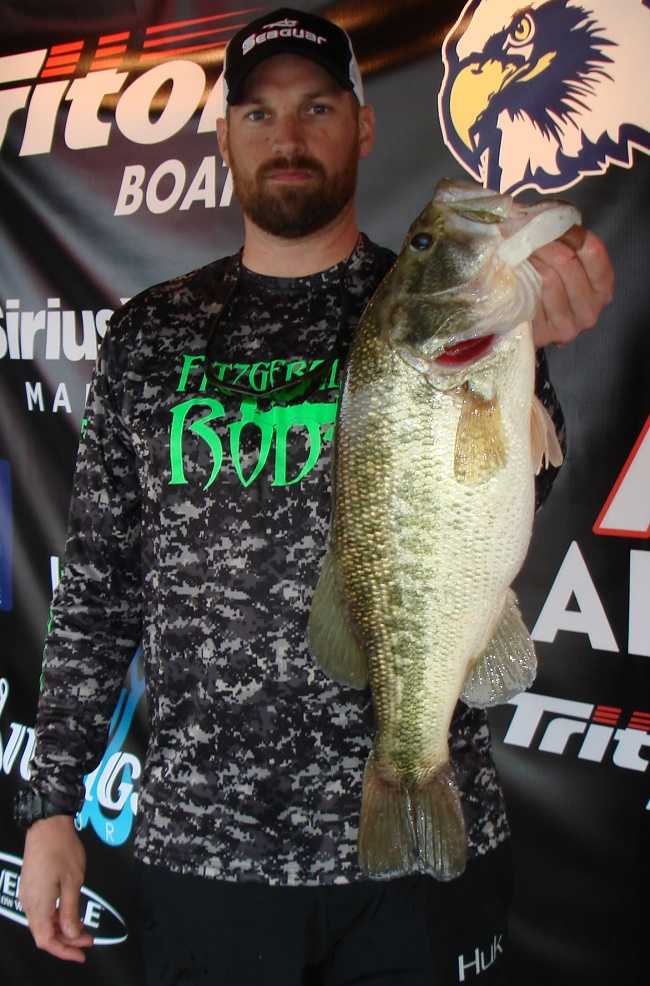 The largest bass of the tournament for the co-anglers was caught by Joseph Chilcott of Crestview, FL that weighed 6.79 pounds. Chilcott pocketed a check for $225 for his catch.

“I caught that big bass on a square bill crankbait on the lower end if the lake near cypress trees in a ditch.” Chilcott said.

In fourth place among the co-anglers, Phillip Johnson of Griffin, GA brought in three bass for 8.14 pounds. Robert Enke of Phenix City, AL finished in fifth place with three bass at 8.05 pounds.

Slated for March 10TH , the next tournament will be held on Lake Seminole out of Reynolds Landing in Donalsonville, GA. At the end of the season, the best anglers from across the nation advance the 2019 Ray Scott Championship to be held on Lake Eufaula in April 2019.