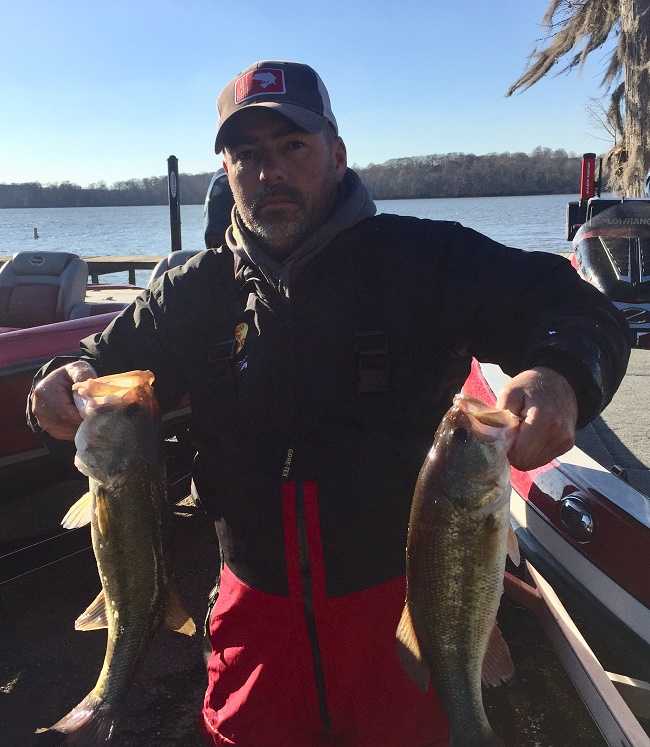 Donald Griffith of Robertsdale, AL is one step closer to American Fishing Tour national championship with a win on the Tensaw River.  Division 41 held its fifth one day qualifier on 1/13/2018 on the Tensaw River.  Blasting off from Cliffs Landing near Bay Minette, AL Donald Griffith brought back a five fish limit that went for 14.11 pounds.  He took home $401 for his effort.

Second place was claimed by Jamie Novak of Saraland, Al with a five fish limit that weighed in at 13.03 pounds.  He anchored his catch with a nice 3.83 kicker.  Jamie took home $187 for his catch.

Coming in third amongst the compertitors was Clifton Prickett of Mobile, AL  with a five fish limit that locked in at 11.51 pounds.  He anchored his catch with a 3.94 pound kicker, that also took big bass for the tournament.

For information about this division and future events visit www.americanbassanglers.com or contact the local director for Mobile, Alabama, Barry Woodward, at (251)423-0753.