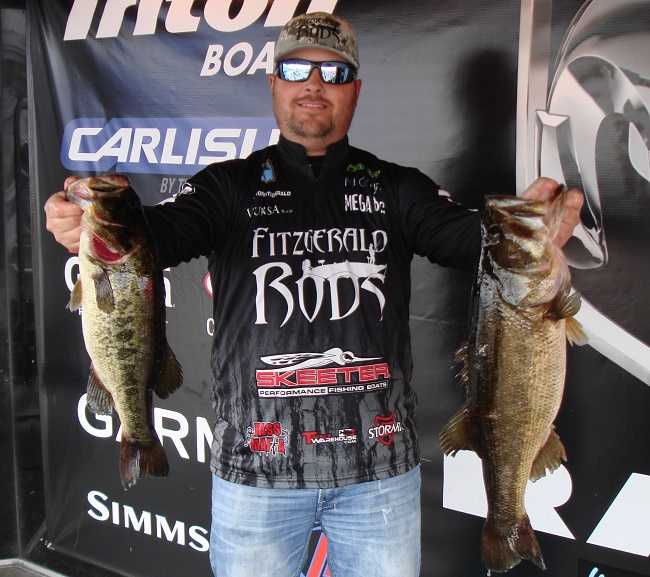 ATHENS, Ala. –   Trevor Fitzgerald of Belleview, FL won the American Bass Anglers Open Series Florida South tournament, held January 13th on the Lake Okeechobee.  Running out of Roland Martin Marina & Resort in Clewiston, FL Trevor caught five bass weighing 21.50 pounds including a 7.19-pound kicker. For the Boater Division victory, Fitzgerald took home a check for $5000 for his win and an additional $630 for the Big Bass.

“I ran pretty far north and found some fish in some reeds. I was flipping and pitching reeds with a Fitzgerald Fishing 3/4oz Texas jig on a Fitzgerald Fishing Versa 7’6” heavy rod. I caught that seven pounder around 1:00pm. We started catching fish right away with swim jigs and chatter-baits, but the better fish came later in the day on the jig.”  Fitzgerald said.

In second for the boaters, Gary Milicevic of Labelle, FL landed a five-bass tournament limit going 21.16 pounds. He collected $1050 for the effort.

“I caught fish all day long. Most of my fish came on a speed worm. I had one fish about 8 pounds come off and another about 5 pounds come off, but that’s just the way it goes.”  Milicevic said.

Robert Branaugh of Malabar, FL took third for the boaters with five bass going 17.07 pounds with a 5.17-pound kicker. He earned $800 for his catch.

“I ran real far north and fished a senko all day. I started to pick-up a flipping-stick, but I kept getting too many bites to put down that senko.” Branaugh said. 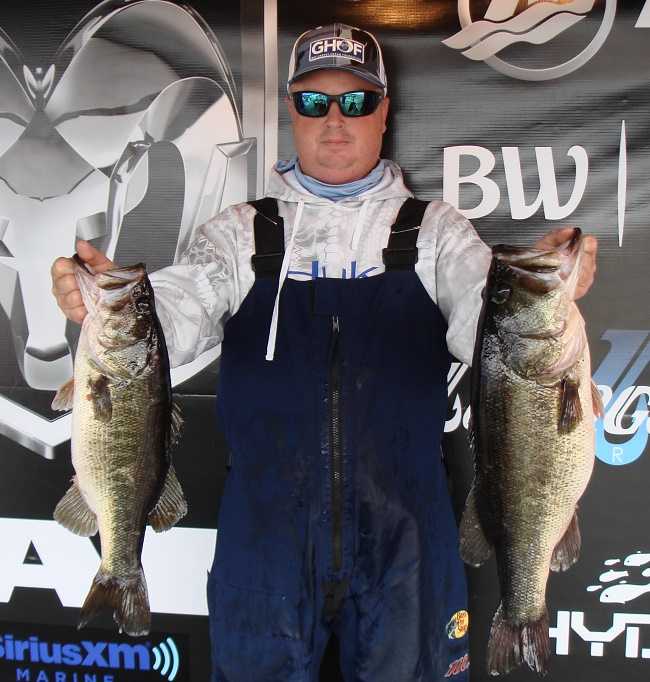 In the Co-Angler Division, Steven Forssell of Lake Worth, FL won with three bass going 17.06 pounds including an 8.42-pound kicker. He pocketed a check for $1500 for his win and an additional $260 for the Big Bass.

“I was fishing up on the north end of the lake and threw a chatter-bait all day. I lost a 5-pounder that would have helped me. This is my first win and it feels great.”  Forssell said.

Taking second for the co-anglers, Ernie Johnson of Okeechobee, FL brought in a three-bass division limit weighing 12.79 pounds with a 6.05-pound kicker. He collected $500 for the effort.

“I caught my fish on a chatter-bait on the south end of the lake. I didn’t lose any fish that would have helped me.”  Johnson said.

Eric Andrews of Davenport, FL placed third among the co-anglers with three bass going 11.81 pounds. He earned $400 for his catch.

“I was fishing Harney Pond with a chatter-bait all day. The three fish that I weighed were the first three fish I caught. Everything else I caught was small.”  Andrews said.

In fourth place among the co-anglers, Phillip Ford of Clewiston, FL brought in three bass for 11.67 pounds. Donald Dunnam of Okeechobee, FL finished in fifth place with three bass at 11.01 pounds.

Slated for February 17th, the next tournament will be held on Lake Okeechobee out of Scott Driver Park in Okeechobee, FL. At the end of the season, the best anglers from across the nation advance the 2019 Ray Scott Championship, Location to be announced.