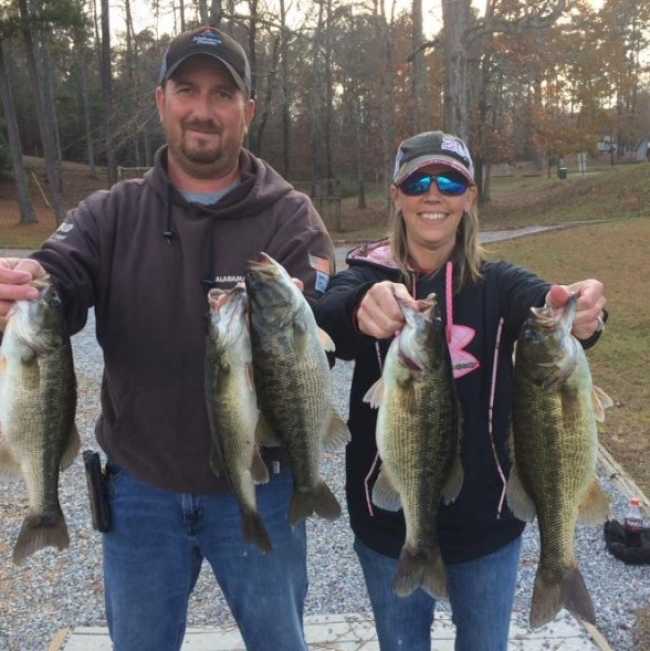 Running out of Higgin’s Ferry in Clanton, the team caught 5 bass weighing 11.87 pounds. For the victory, they earned a check for $630.00. The Babb’s caught their fish on spinner baits and shaky heads.

The next divisional tournament will be in 2018.  The schedule for the rest of the 2017-2018 season will be out as soon as possible.

For more info on this division and upcoming events visit www.abacouples.com or contact local directors Mark and Amy Shannon by phone at 256-777-7560 or by email at [email protected]

American Bass Anglers commitment is to provide low cost, close to home tournaments for the weekend angler and at the same time offer each competitor an upward path for individual angler progression. For more information about American Bass Anglers and the RAM American Fishing Tour, The RAM Weekend Bass Series or the American Couples Series, visit www.americanbassanglers.com or call 256-232-0406.