Bill Hamilton Takes the win on the Potomac 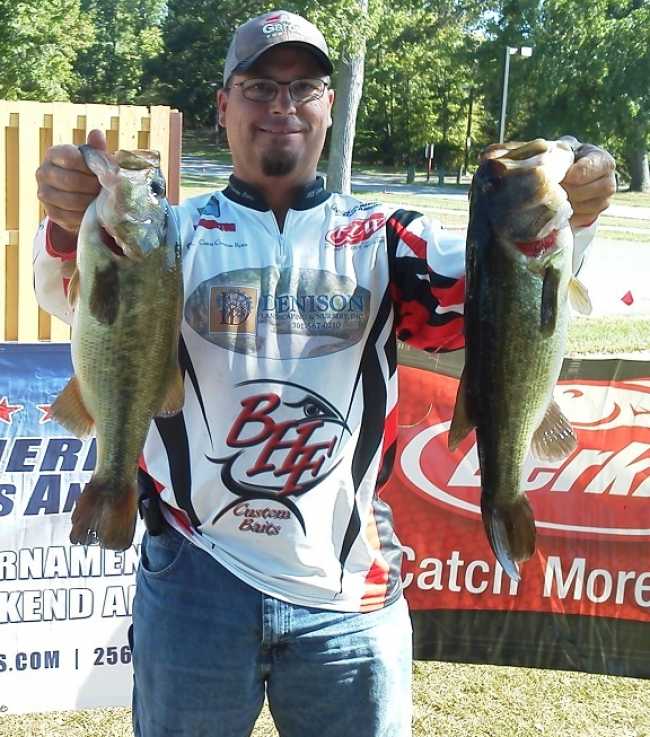 Bill Hamilton of Huntingtown, MD won the RAM American Fishing Tour, presented by American Bass Anglers Maryland Division 11 tournament held September 23rd, 2017 on The Potomac.  Running out Smallwood State Park in Marbury, MD Bill brought back a five-fish limit that topped the scales at 15.04 pounds.  He anchored his catch with a 4.01-pound kicker.  He took home $406 dollars for his victory.

"Saturday, I ran the Denison Landscaping wrapped Nitro north and started fishing the channel of a creek and caught 2 quick.  But as the tide got higher, I had to push to the shallowest areas I could reach. It was text book.  I caught all my fish running a BHF Custom Bait over flooded pads, just bumping the top of them. The fish were scattered and spooky. But with my Cajun Custom Rods in hand I felt every bit. Finished the day with 15.04lbs for the win with a good 4.01lb kicker. Great day!"

Second place was claimed by Aaron Dixon of Bel Alton, MD with a five-fish limit that locked in the scales at 14.09 pounds, anchored with a 3.62-pound kicker.  Aaron took home $200 for his efforts.

Third place was taken by Michael Roselle of Laplata, MD with five fish for a weight of 9.98 pounds.  He anchored his bag with the big fish of the tournament, a 4.48-pound beauty.  Michael took home $70 for his efforts.

The next Maryland D11 tournament will be 28 October 2017 on the Potomac river launching out of Smallwood State Park.